After the petition was launched Monday morning, it appeared the coalition's website was struggling to keep up with the demand. 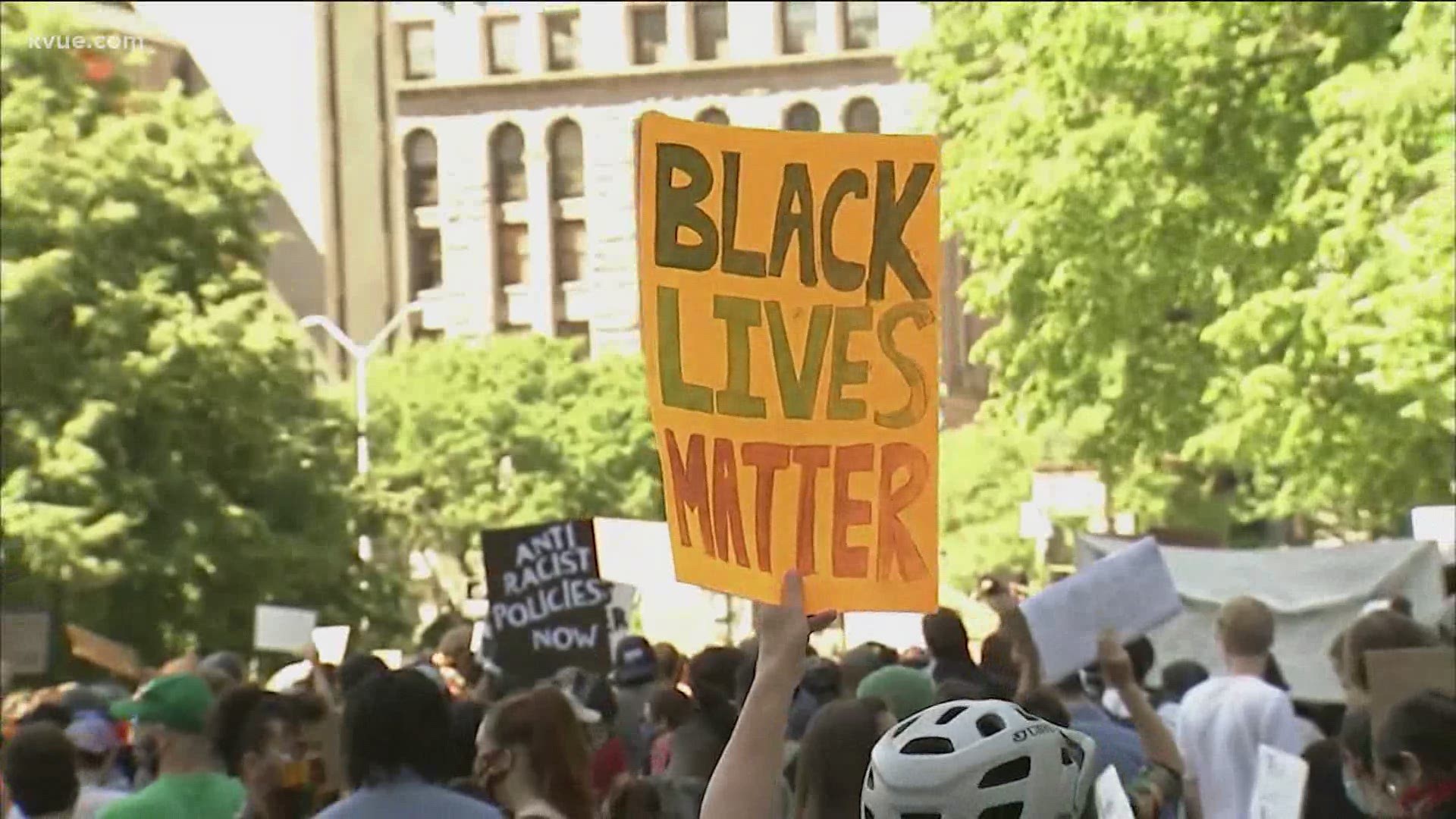 AUSTIN, Texas — The Austin Justice Coalition (AJC) continued its calls for action from the Austin Police Department on Monday following more than a week's worth of protests across the city. Now, a petition has been launched to defund the police department.

"In the wake of the police killing of Mike Ramos and the Austin Police Department’s violence towards those protesting his murder, along with the murders of George Floyd, Breonna Taylor, Tony McDade and others, Austin is in desperate need of visionary leadership," the AJC said in a press release issued Monday. "Echoing the demands of the many hundreds that spoke at the June 4 city council meeting, we are calling on the Austin City Council to become these visionary leaders by pledging to defund the Austin Police Department and invest in the resources that really keep us safe and healthy, especially in black communities and other communities of color."

RELATED: When protesters cry 'defund the police,' what does it mean?

The Austin City Council will be meeting on Thursday to discuss police reform. The AJC is calling on council members to commit to the following items at that meeting:

After the petition was launched on Monday morning, the coalition's website was struggling to load. The petition can be viewed here once the website is back up.

In response to the coalition's call to defund police, APD said it "looks forward to productive discussions in regards to funding."

Across the country, city councils and police departments have enacted new policies in light of the protests.

In Minneapolis, the city council announced its intention to disband the police department. Before that, the City decided to ban chokeholds. In Austin on Thursday, the city council will be discussing the same measure.

In Los Angeles, the city council will be determining how much to reduce the police department budget. Currently, it sits at $1.8 billion. From city councilmembers, the budget may go down by about $100 million.

On Monday, Austin Mayor Pro Tem Delia Garza pledged to support the $100 million reduction to APD's budget. For the 2019-2020 fiscal year, APD had a budget of more than $400 million.