A few deaf professionals in the space industry stopped by The Texas School for the Deaf Wednesday to inspire interest in a career in space. 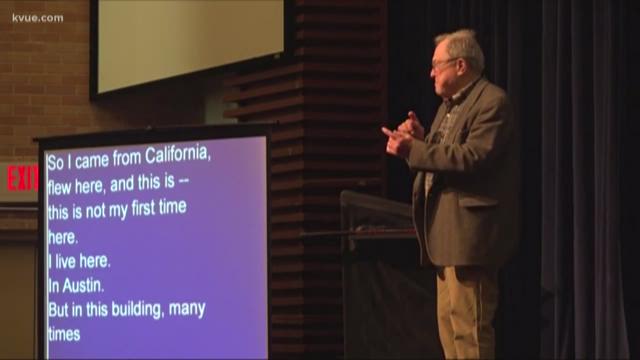 Wednesday morning, deaf professionals from the space industry stopped by the Texas School for the Deaf.

They spoke to middle and high school students. The goal was to show them there are successful space scientists and engineers who are deaf and to get them interested in a space career.

One of the panelists was David Myers. Myers was one of the first deaf hires by NASA in the early 1960s. He worked on experiments and said his most notable work was finding ways to prevent motion sickness in space.

"My own sense of satisfaction in all of this was influenced by the fact that, as far as I know, no American astronaut ever became sick or sick enough that they could not function," Myers said.

The event was made possible by a grant from Deaf TEC and the National Science Foundation.