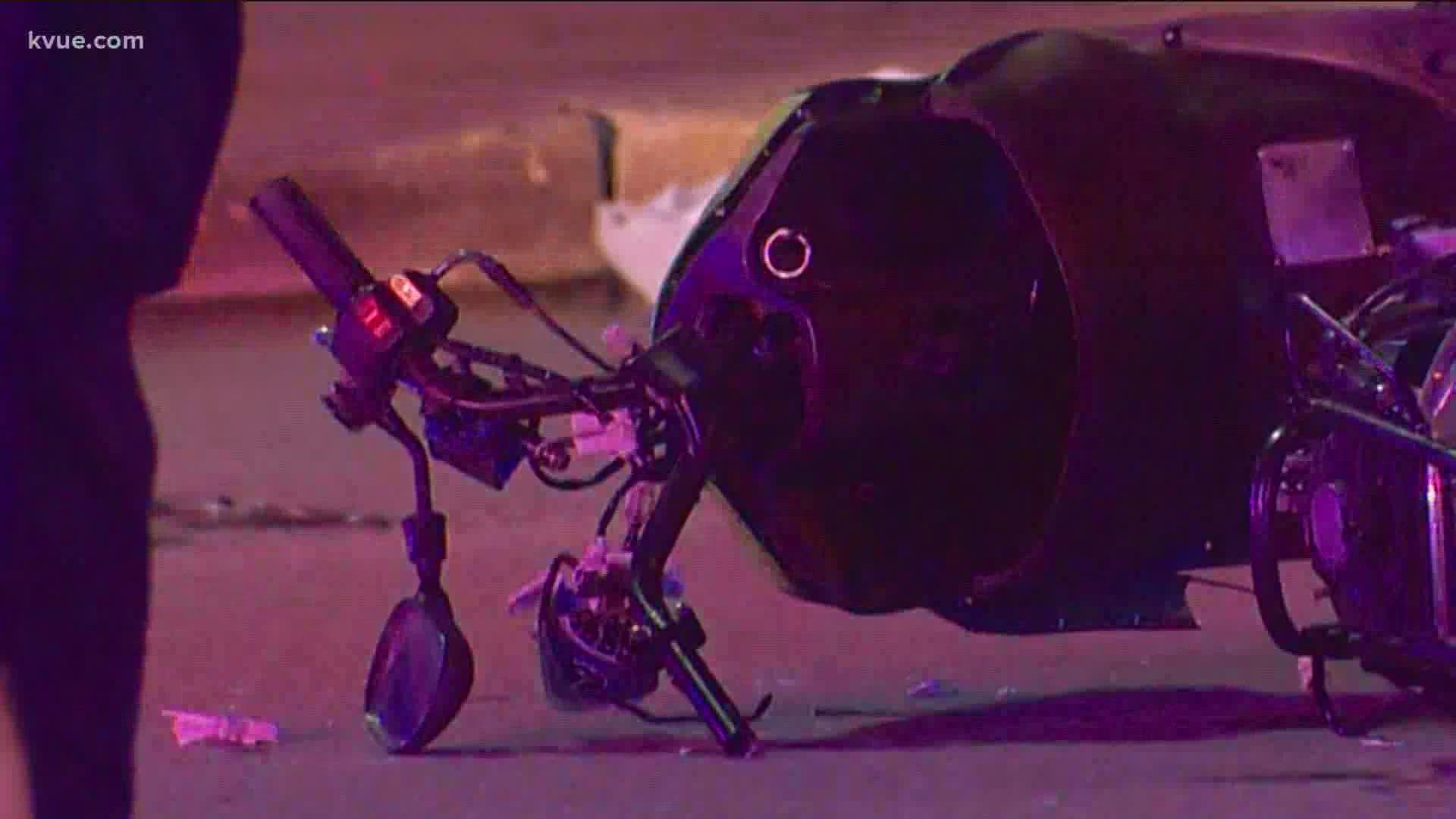 AUSTIN, Texas — The Austin Police Department has identified the man killed in a crash early Tuesday, Aug. 3, in Downtown Austin.

APD said Keegan Connell Mosley, 31, was driving a scooter when he ran a red light and collided with a Jeep in the middle of the intersection. Mosley died at the hospital following the collision.

The crash took place around 1:45 a.m. Police said the other driver remained on the scene.

There were road closures Tuesday morning, but the roads reopened around 5 a.m.