A car crashed into a building early on the morning of Sept. 23, causing a gas leak. 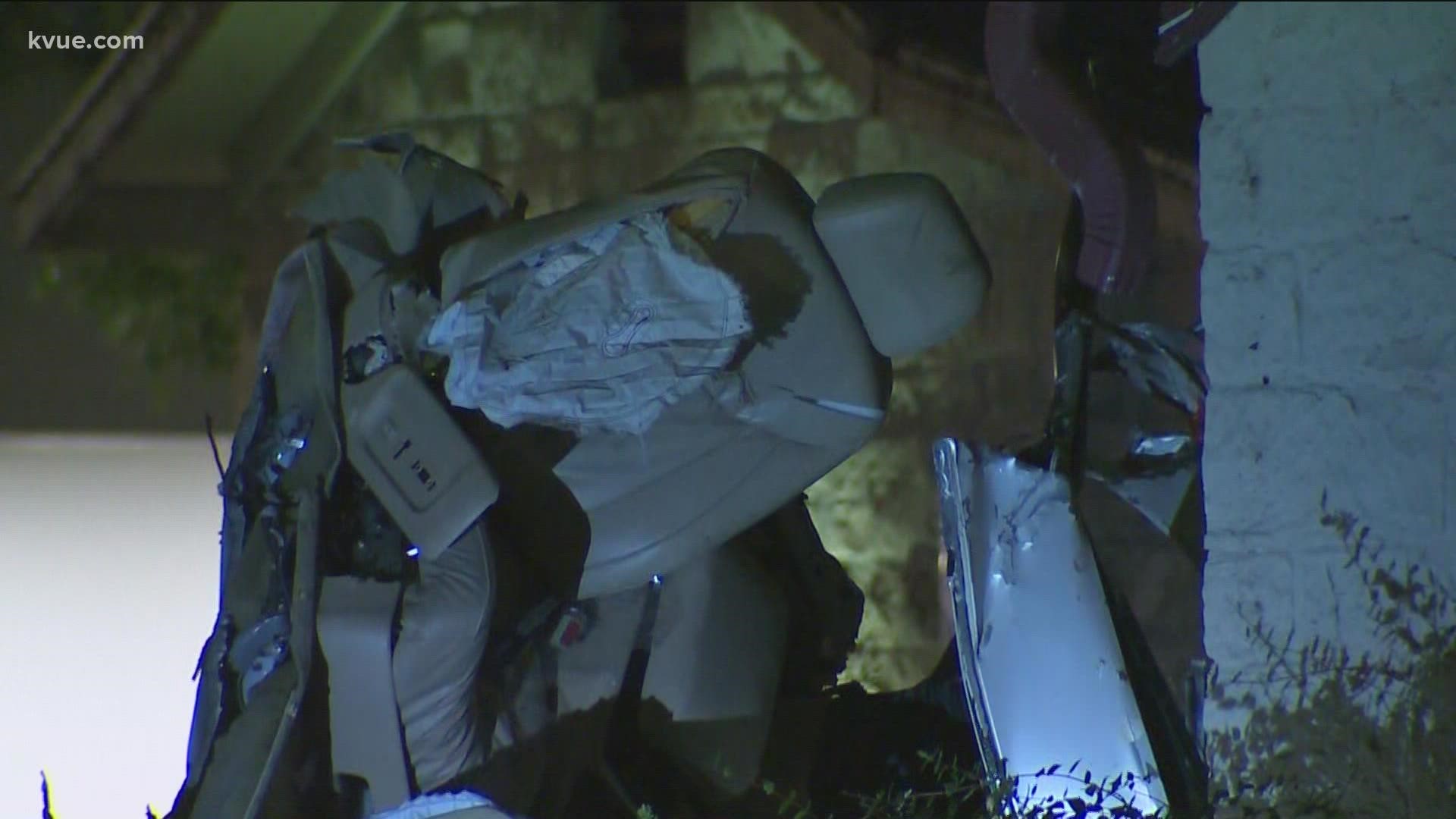 Police have identified two people killed in a crash in Central Austin early on the morning of Sept. 23.

At approximately 1:30 a.m., officers responded to the 4100 block of Medical Parkway in connection with a single-vehicle crash into a building. The driver, 24-year-old Tristen Reyna, was traveling southbound on Medical Parkway when he left the roadway and struck a building.

Austin-Travis County EMS medics performed CPR on one person involved in the crash, but that patient and one other person were pronounced dead at the scene. The two patients were later identified as 37-year-old Travis Douglass and 34-year-old Audrey Petty.

Reyna was taken to a hospital with life-threatening injuries. He was charged with two counts of intoxication manslaughter.

The crash caused a gas leak in the building that was hit. No extrication was needed. The crash also caused some road closures in the area.

APD said this information is from the initial assessment of the crash and the investigation is still pending.

Anyone with information regarding this incident is asked to contact the Highway Investigation tip line at 512-974-8111, call Crime Stoppers at 512-472-8477 (TIPS) or use the Crime Stoppers app or Austin PD app.