'I'll have my own freedom in my own home' | Army sergeant, family move into new accessible home

Homes for Our Troops helped plan and construct Sgt. David Guzman's Wimberley home over the past 15 months. 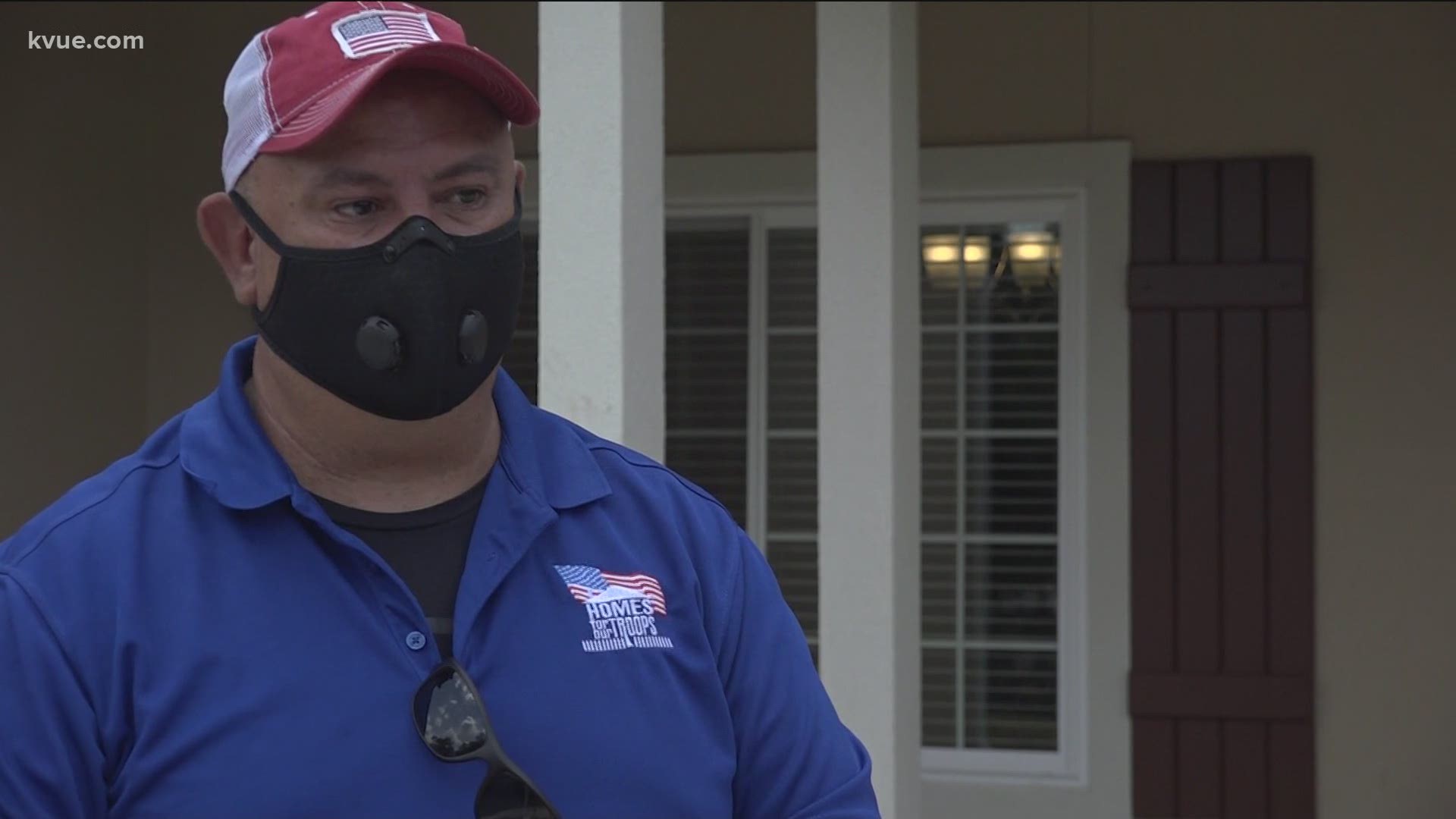 "I won't be scared to walk across the floor in my house or go into the shower without slipping and falling," Guzman said.

While serving in the U.S. Army in 2004 in Iraq, an improvised explosive device caused some hearing damage and took away Guzman's ability to use his right foot. He now walks with a cane and leg brace. He said 15 years ago after being medically discharged, he had a walker and a wheelchair in which his dad would push him.

Moving from Mission to his new home in Wimberley, Guzman will have an easier time getting around: a walk-in shower, drop-down shelves in the kitchen and a bath that will help massage his leg.

"I'll have my own freedom in my own home to be able to have one less worry, 'Am I going to fall today?' or 'What's going to hurt later on because I hit something?'" Guzman said.

Welcome home Sgt. David Guzman! After 15 months, Guzman and his family are moving to Wimberley courtesy of @HomesForOurTrps. Guzman says this new home gives him his freedom back after losing use of his right foot in Iraq in 2004. The home was built for accessibility. pic.twitter.com/C4u9JabYXh

While speaking at the ribbon-cutting ceremony on Saturday morning, Guzman's youngest son, Anthony, agreed this new house gives his dad his freedom back.

"Seeing my dad struggle throughout the years because of his disability, it hurts me because I know he feels trapped in his own home," Anthony said. "A veteran shouldn't feel trapped for the country they fought for to be safe."

RELATED: Wounded soldier opens the door to his new mortgage-free smart home thanks to local and national orgs

Guzman said he sent an application to Homes for Our Troops 18 months ago. In November 2019, his home's construction was announced to the public. He and his family plan to start moving into the home on Monday. Guzman said his home is mortgage-free.