He rode from Sante Fe to Austin over course of 22 days, journaling his experience to bring awareness to climate change. 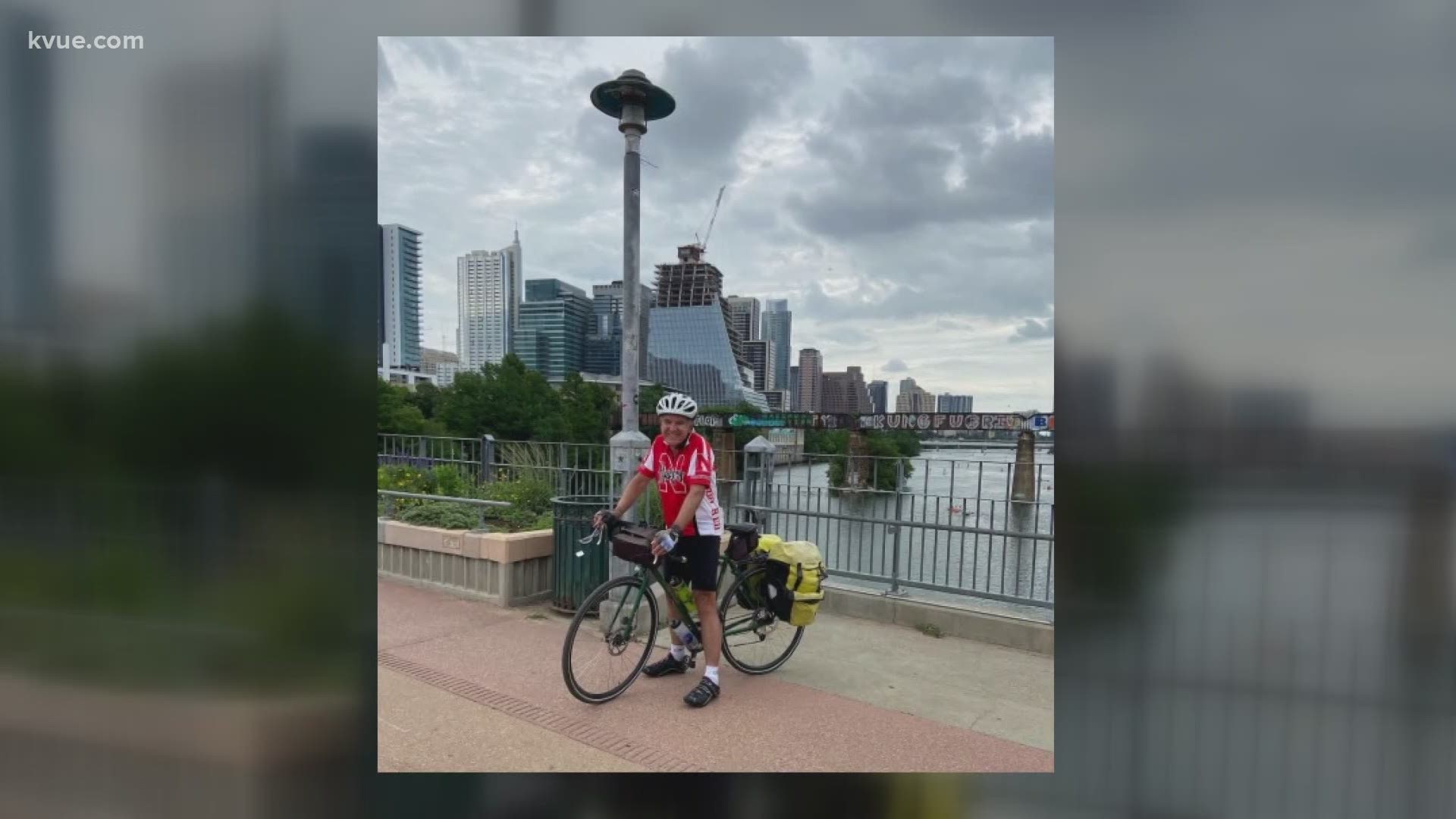 Goodrich is an author and Chairman of the Board of Directors for the Chesapeake Climate Action Network (CCAN), a 20-year-old regional climate-focused organization that is helping to enact federal legislation. He said he plans to write a book about this ride as a climate scientist who has a healthy respect for the oil and gas tradition.

"So, I was riding through the the Permian Basin. It's dusty, flat, dry and real windy here in Texas. I could see both the biggest oilfield in North America and the biggest wind fields in North America. I try each night to write a blog about what I've seen ... pictures of what I've seen during the day so that I can put it back together again when I begin to write either for magazine articles or for book. I want to explore about what makes climate change ... where climate change is coming from and what we can be doing about it," Goodrich told KVUE.

Goodrich has also done similar bike rides, including a cross-country ride from Delaware to Oregon in 2011, where he spoke to groups about climate change along the way. He also rode his bike from the tar sands of Alberta, Canada to the fracking fields of North Dakota, which is detailed in his book "Across An Ancient Ocean."

"The advance of of renewables in Texas is really quite remarkable, and I think there are also a fair number of people in oil and gas who are saying, 'all right, we can clean up our act a good bit, too, as far as as far as release of methane into the atmosphere.' So, I think in a lot of ways, Texas can show the rest of us how it's done," Goodrich said.