Both urged demonstrators at the Brooklyn Center police station Monday night to remain peaceful and to be safe. 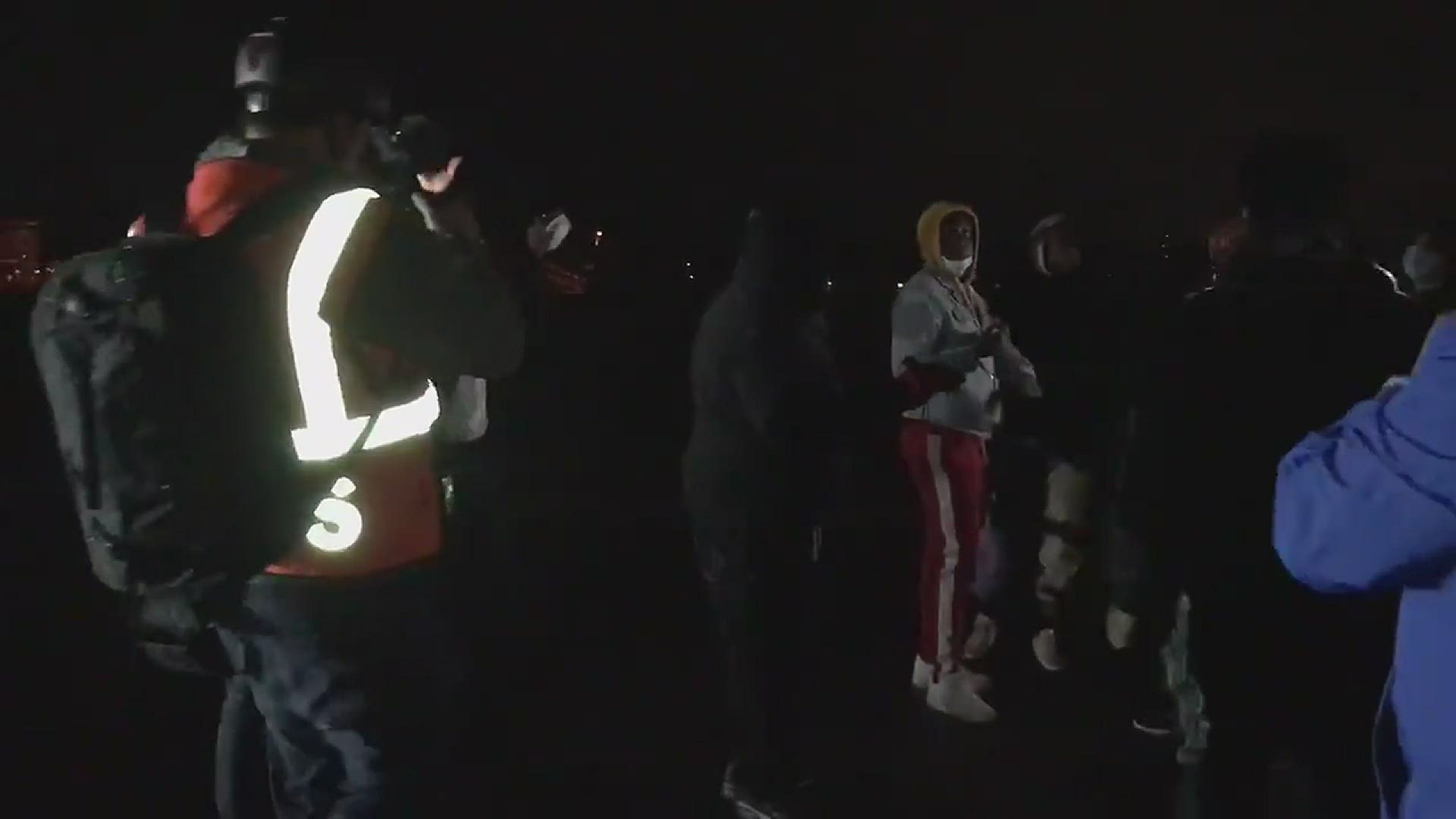 BROOKLYN CENTER, Minn. — As demonstrators remained outside the Brooklyn Center Police Department well past curfew, Minnesota Attorney General Keith Ellison and Brooklyn Center Mayor Mike Elliott urged people to remain peaceful and to stay safe Monday night, one day after Daunte Wright was shot and killed by an officer during a traffic stop.

Ellison spoke after Elliott, reminding demonstrators that he is currently prosecuting former Minneapolis police officer Derek Chauvin, who is charged in George Floyd's death. He promised that Wright's death will not be "swept under the rug."

He told the crowd that he didn't want anyone to be hurt, asking them to demonstrate while keeping back from law enforcement.

"Raise your voices, but let's do it in a way that everybody stays safe," Ellison said. "We don't need no more casualties, no more martyrs."

Wright, 20, was pulled over just before 2 p.m. Sunday for having expired tabs on his license plate, according to Brooklyn Center police, when officers realized he had an outstanding warrant for his arrest.

While officers were attempting to take Wright into custody, he re-entered the car and the body camera shows the officer pull her gun and shoot once.

According to the Hennepin County Medical Examiner, Wright died from a gunshot wound to his chest. The medical examiner ruled his death a homicide, which they clarified is not a legal determination of culpability or intent.

Brooklyn Center Police Chief Tim Gannon said during a press conference Monday that he believes the officer, who is on administrative leave as the Minnesota Bureau of Criminal Apprehension investigates, accidentally fired her gun instead of her Taser.

On Monday evening, the Minnesota Bureau of Criminal Apprehension identified the officer as Kim Potter, who has been with the Brooklyn Center police for 26 years. The BCA investigation is still ongoing, and officials did not release any further information about Potter.

Credit: Star Tribune via Getty Images
File photo of Kim Potter, who has been with the Brooklyn Center Police Department for 26 years.

Some looting had been reported in the area, including a Brooklyn Center Dollar Tree store near the Brooklyn Center Police Department. The store can be seen on live video with smoke billowing out of broken windows.

In a tweet just before 9:15 Monday night, Elliott asked demonstrators to go home "to ensure everyone gets home safely."

"Peaceful protesting is your right, but I'm asking everyone to please go home," he said in his tweet.

We want to ensure everyone gets home safely tonight. Peaceful protesting is your right but I’m asking everyone to please go home.