The victim in the video said the whole incident occurred because he honked his horn. It resulted in a repair bill of more than $600. 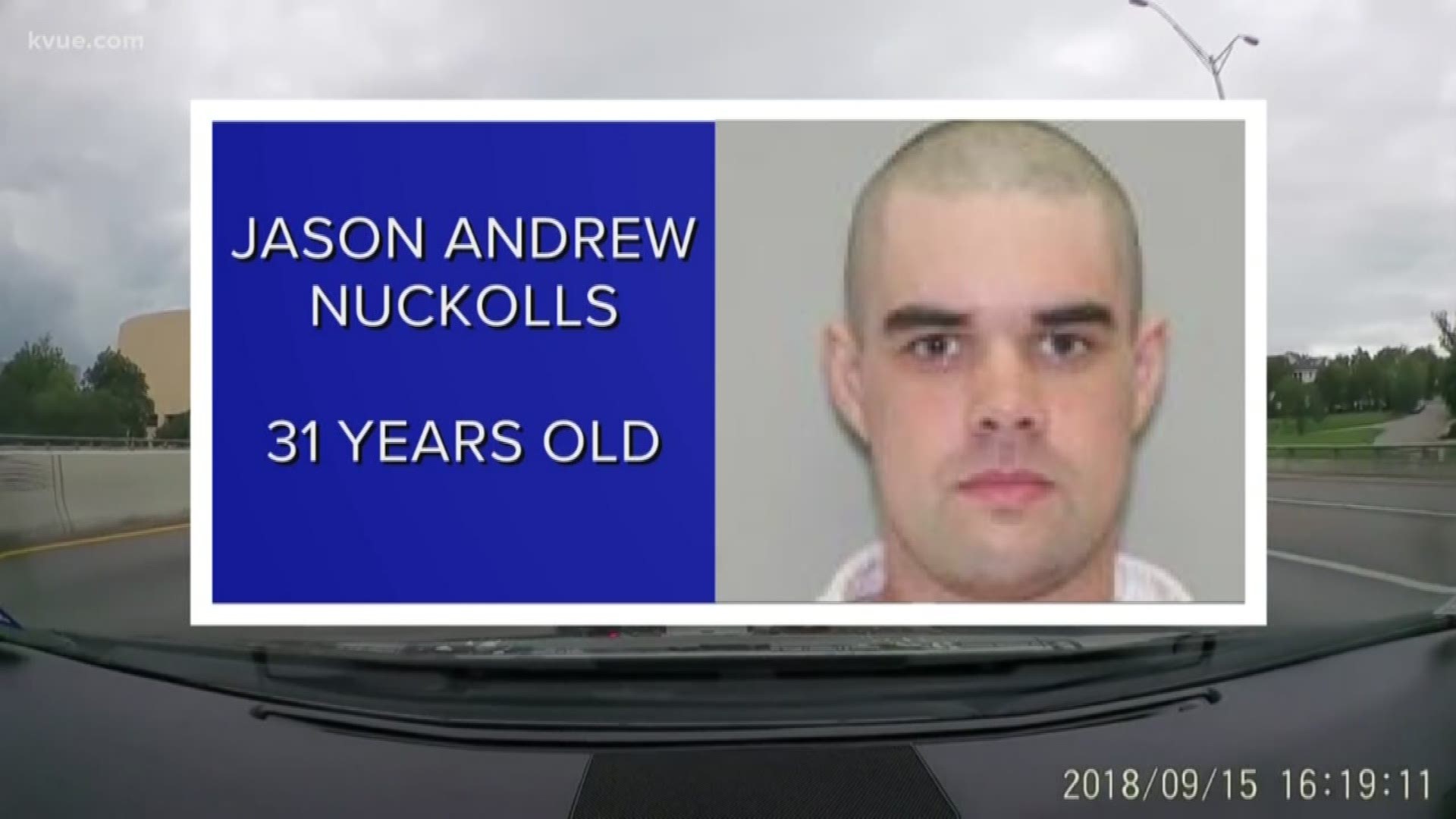 AUSTIN — A man seen in a dashcam video ramming a car multiple times on I-35 in Downtown Austin earlier this month has now been identified by the Austin Police Department.

The road-rage incident started with the honk of a horn and ended with a $600+ repair bill.

An Austin man, who did not want to be identified, is thankful his dashcam and rear-facing camera captured what happened. The video begins with the man getting on an I-35 northbound entrance ramp.

"I merged onto the highway and I honked at the guy in front of me for what I thought was him cutting me off," the man told KVUE.

He said he didn't see the truck's left blinker flashing.

"I recognize that I maybe shouldn't have [honked at him]," he said.

The driver in the white pickup didn't take that honk lightly.

"It immediately sets him off. He opens his door, makes lewd gestures at me, you know, gives me the finger," the man said.

Their encounter didn't end there. That driver stopped his truck and reversed before he drove off.

"I just watched him weave all over the road, mainly staying in the shoulder," the victim said.

Eventually, the two put some distance between them.

But it was far from over.

"And as soon as I get in front of him, I thought that he had hit me," the man said. "Next thing I know, as I'm coming to a stop, he hits me two or three more times, and then just takes off."

Not for long, though. The driver brake-checked the man in the middle of I-35. This all happened as his dashcam and rear-facing cam were rolling.

"I don't want to ruin the guy's life," he said. "I just want to bring attention to the fact that there's people like this on the road."

On Wednesday, APD issued an arrest warrant with a charge of aggravated assault. Court documents show it's not his first time using a vehicle to commit a crime.

In October 2011, Nuckolls robbed the Barnes and Noble on Brodie Lane, according to Sunset Valley Police. When officers spotted him, he sped off, running red lights and crashing into several cars.

Nuckolls pleaded guilty and got probation, but he violated that probation and spent time in in prison, according to court documents. He got out of prison on parole in 2016, which ended in 2017.

Since his release, Nuckolls has gotten several traffic violations, including running a red light. He also has two pending misdemeanor cases, including domestic violence, according to online records.

He was still not in police custody for the aggravated assault charge as of late Friday evening.