There is a record number of people in the United States currently quitting their jobs, according to statistics from the Bureau of Labor Statistics. 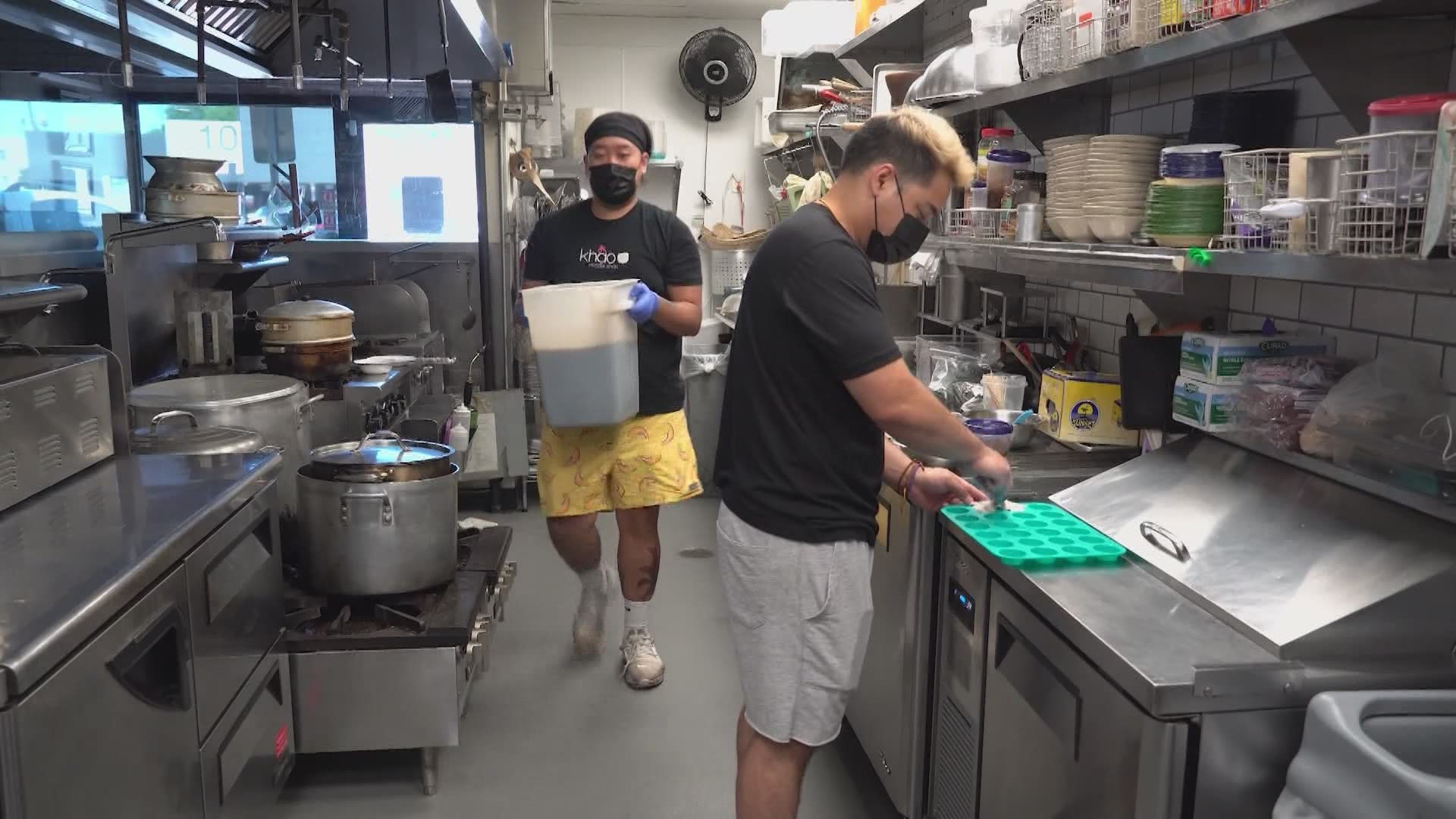 DALLAS — With employees across the country starting to make new decisions for their careers and companies seeing an unprecedented amount of staff turnover, business managers across Dallas are getting creative to find ways to retain their employees.

There is a record number of people in the United States quitting their jobs right now, according to statistics from the U.S. Bureau of Labor Statistics. The job quit rate is currently 2.5%, the highest it has ever been tracked.

This comes on the heels of the Bureau of Labor Statistics also announcing there are currently 9.2 million job openings to close out May.

Retaining staff can be challenging in the restaurant industry, Jimmy Contreras said. He is the owner of Taco Y Vino on 8th St. in the Bishop Arts District of Dallas.

Contreras said he had about 13 people on staff before the COVID-19 pandemic, and that number dropped to about nine last July.

It was at this point that Contreras and his leadership team knew they would need to make there was enough of an incentive to get workers back into his restaurant.

"July was when we started thinking, 'What are we going to do to get our servers back?'" Contreras said. "We have to figure out a way to make servers money."

His team decided to expand and add a back patio, which would not only allow for more customers to be served but more employees to wait tables.

"Extending our footprint outdoors brought our servers back and made them money," Contreras said. "The customer obviously matters. But it's important to keep the staff happy, too."

Contreras also said he made sure his employees were paid more than what the government was offering for unemployment and that he got rid of unnecessary positions.

"We cut out the more bougie types of service, like the opening the bottles presentation," Contreras said.

RELATED: These places in North Texas are hiring right now. Here's how to apply

Kathy Oszustowicz, owner of Pokey O's Cookies and Ice Cream in Dallas, found herself in a situation where any type of unemployment incentive to not go back to work didn't impact her.

Before the pandemic, during the pandemic and even now, she hires high schoolers about to attend college to make up more than half her staff.

Even so, Oszustowicz said she made a big change in terms of ramping up the use of third-party apps to help with her delivery services.

"Any business, whether a restaurant or something else, if you didn't reinvent yourself in some way and adapt to the situation, you would not make it," Oszustowicz said. 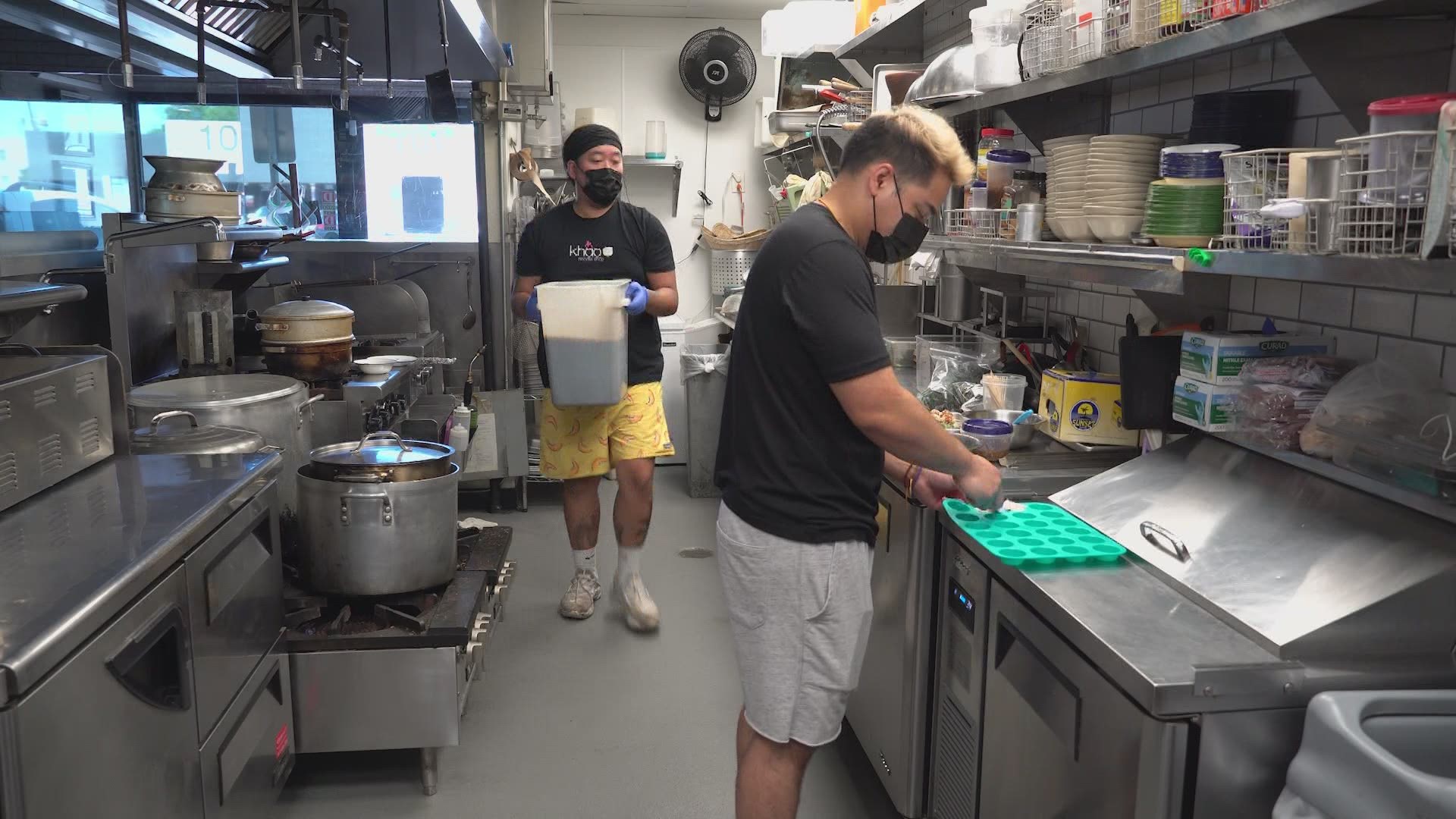 Al DeBerry is one of these managers in a different business who adapted. He is the managing director of the Lorenzo Hotel in Dallas.

"It's just been unprecedented challenges," DeBerry said, in terms of how the pandemic has impacted hiring and staffing.

DeBerry has been in the hotel business for more than three decades. He said the pandemic has empowered employees more than he's ever seen.

"Maybe some people that were in our industry felt comfortable and they didn't want to change, they were forced to make a change," DeBerry said. "You just have to do things that maybe you never thought of before."

DeBerry said along with working to create a positive environment and culture to motivate his employees to stay with the hotel, he said his team has implemented more incentives for potential employees, including free parking and free lunch during the day.

"If you're not genuine or they don't sense that, they'll just leave," DeBerry said. "You have to make sure that you maintain what you have while you look for a new labor force to come on board. It's a changing world in an ever-challenging situation."

RELATED: The Parker County Peach Festival is back. Here's what you need to know before you go

This change is happening not just in Dallas but across the country.

"We did not expect to see the number of people that are moving jobs," Thomas Vick said. He is the Dallas regional director at Robert Half, a professional staffing firm.

A recent study from Robert Half made up of nearly 3,000 U.S senior managers shows that about seven in 10 managers report increased staff turnover since the start of 2021 and nearly half are having to offer signing bonuses for new employees.

"It's really creating a very confident candidate market," Vick said. "The biggest thing that stood out is the number of people that are moving jobs right now and how confident they are."

This is a market Contreras said has given him a strong staff today.

"That's what kind of kept us afloat and kept us going," Contreras said. "We want to create a really comfortable environment to come hang out with your friends, drink wine, have tacos and not break the bank."