Cyclists honor first responders killed in the line of duty

The eight-day, 650-mile ride ended in Austin on Saturday. 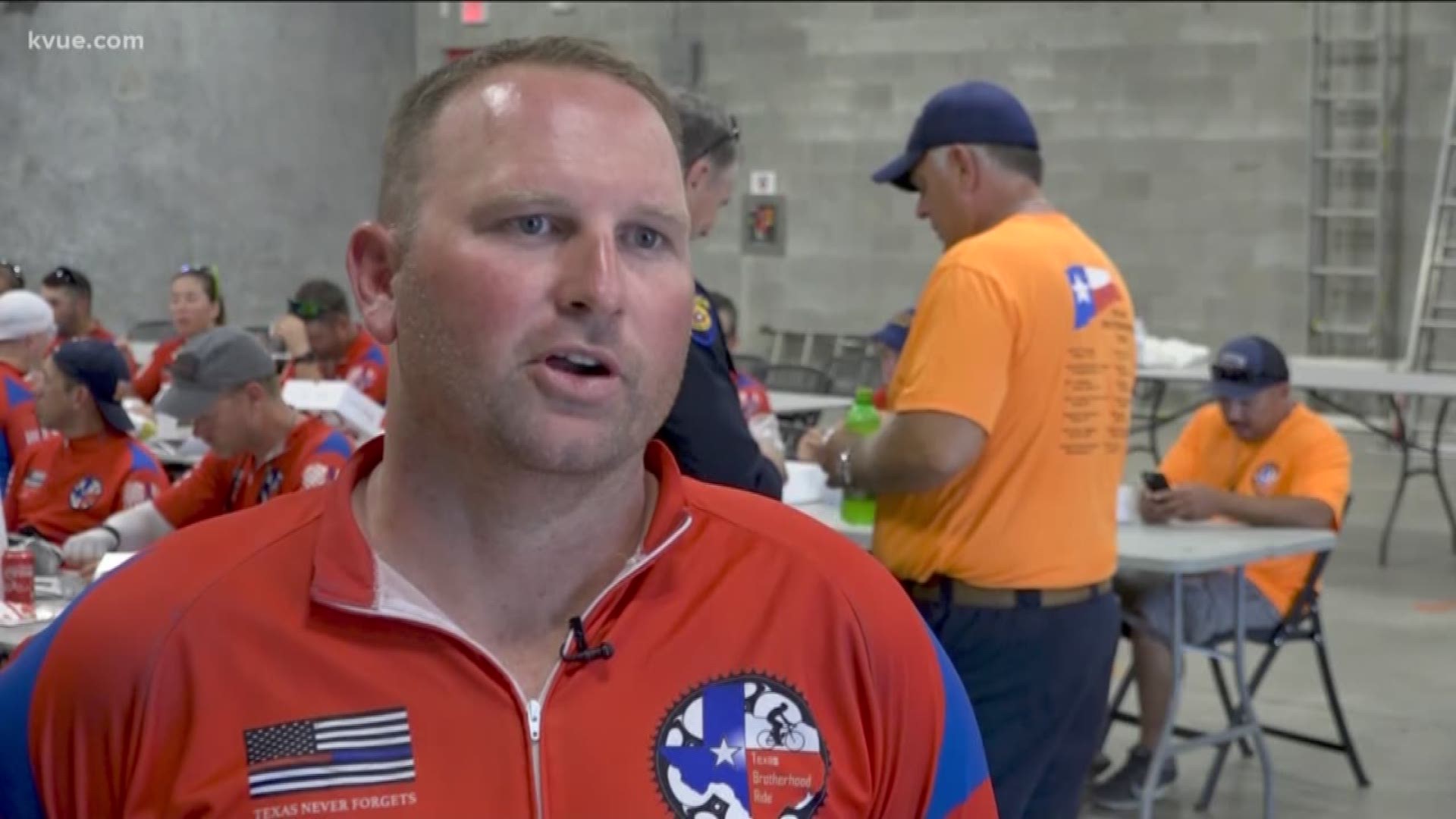 AUSTIN, Texas — A team of police, fire and EMS personnel from Texas and other states completed a bike ride of more than 650 miles in Austin on Saturday.

They were part of the Texas Brotherhood Ride, honoring 14 law enforcement officers from Texas who were killed in the line of duty last year.

"The term you always hear is 'never forget,' and we want people to realize that that's not only something you say at the first funeral, or the funeral that the tragedy happened; we want them to realize that it's continued and we'll continue to carry their name on our backs in these jerseys," said Tim Dunn, president of the Texas Brotherhood Ride.

The ride began Aug.17 in Hempstead, Texas. It included several stops, including one in Round Rock, to honor former Round Rock police officer Charles Whites. He died in 2018, after being hit by a car while directing traffic in February.

"They're not gone, they're not forgotten – they're with us every day," said Matt Deemer, a firefighter in Round Rock.

He participated in the brotherhood ride for a second time this year.

The Austin Police Department Motors Unit accompanied the bicyclists participating in the ride to the State Capitol, where the ride came to an end.

The goal of the ride is to provide support to the families of those who have been lost, both financially and emotionally.

"A lot of people think we're cyclists. So there are some cyclists, there are some guys that are triathletes, but there's a lot of us that are just – we pick up a bicycle and ride because it's the fact of honoring our brothers and sisters who died," Dunn said.

APD said there were some rolling closures associated with the ride, particularly on Lamar.

Drivers were encouraged to account for extra time if they'll be driving in the area Saturday afternoon.

Family: Newlyweds killed in accident minutes after getting married

Local tubing outfitters claim they have the 'cleanest river in Texas,' but some disagree