A recent swarm of crickets is causing inconveniences to Austin residents and business owners. 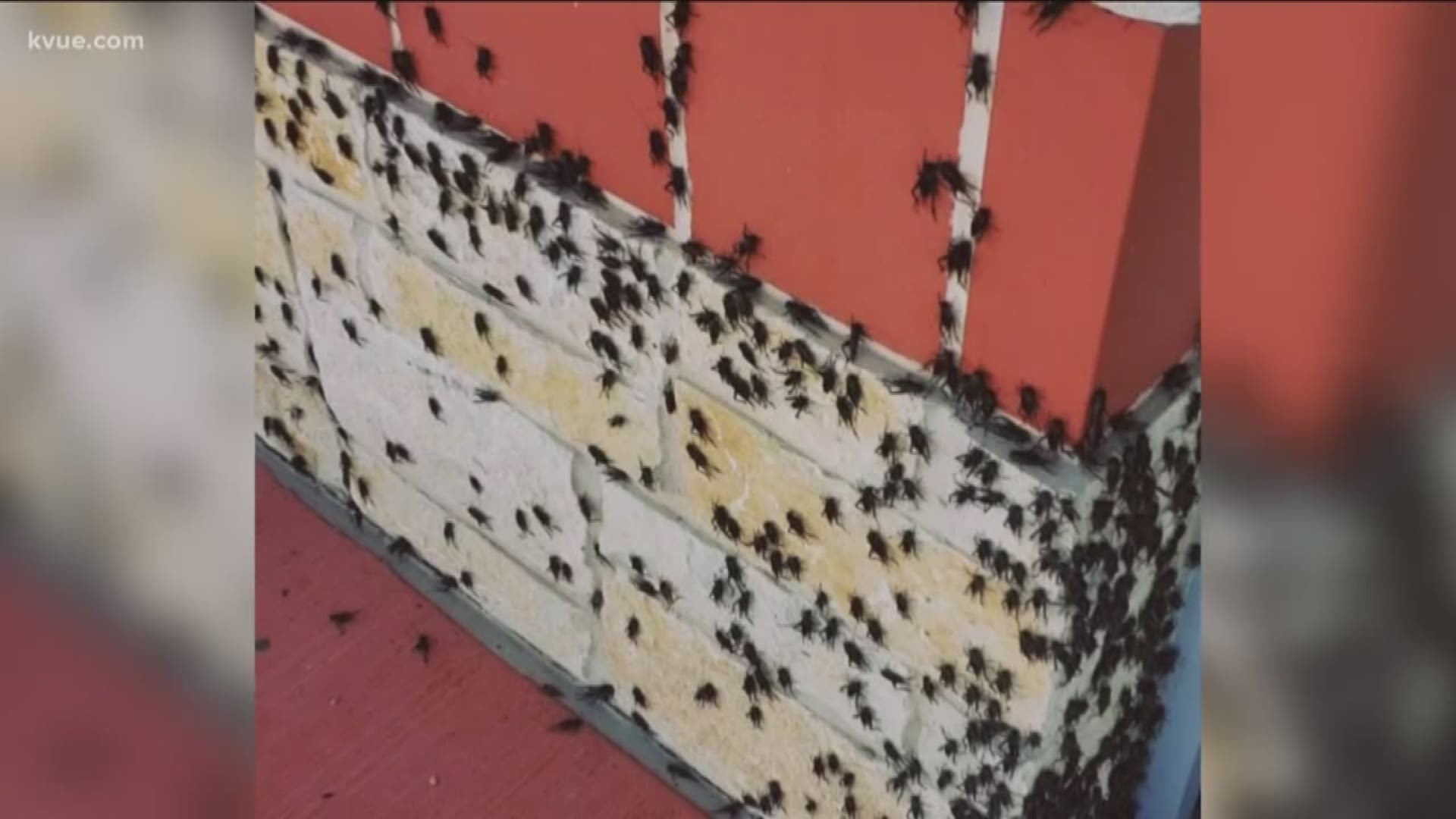 AUSTIN, Texas — According to the Texas A&M Agrilife Extension, this is one of the most predictable outbreaks concerning insects in Texas this time of year.

The critters seen all over right now are most likely going to be black field crickets, which make their appearance in late summer and fall.

Although the abundance of insects seems concerning, Curator of Entomology at UT Austin Alex Wild said that this happens every year.

Wild also said that the spring season determines how many crickets we experience in the fall. Since this year's spring season brought Austin a lot of rain, that means there's a lot of food for these creatures to thrive on.

Ross Winton, an invertebrate biologist for Texas Parks & Wildlife, also told KVUE that the recent cold front could be a factor in the crickets' sudden immersion.

This breed of cricket are typically outdoor insects but can become a "considerable household nuisance when abundant."

Wild said the lights in parking lots are big attractions for the crickets.

“They may also be attracted to the lights so when we have a parking lot with lights and the big building that stands in their way – they’re no longer able to do their normal behavior just moving through the woodland," Wild said.

Local business First Watch, off of US 183, experienced this firsthand. KVUE's Luis de Leon discovered that they are "temporarily closed because of the critters."

X Out Pest Control in Austin told KVUE they've been getting a lot of calls commercially for crickets this week.

“Today it's been the first day that I’ve seen it spike like this in all my years of doing this," Danny Vasquez, a Pest Control Technician with X Out, said.

X Out also said the fall is usually when the crickets come out, but every so often, they come out in crowds.

"Today? Probably a couple hundred, to a thousand," Nathan Netting, another X Out pest control technician, said. "This year, it's been kind-of a big outburst of them."

During cricket swarming season, it is advised that everyone turn off their outdoor lights in the early evening as a way to not draw the insects towards your house or business because lights are the top cause of a cricket infestation.

Wild also said there is no need to be worried about these insects causing harm because they don't bite, sting or transmit disease.

Joshua Brown, a witness during the Amber Guyger murder trial, was killed in a drug deal