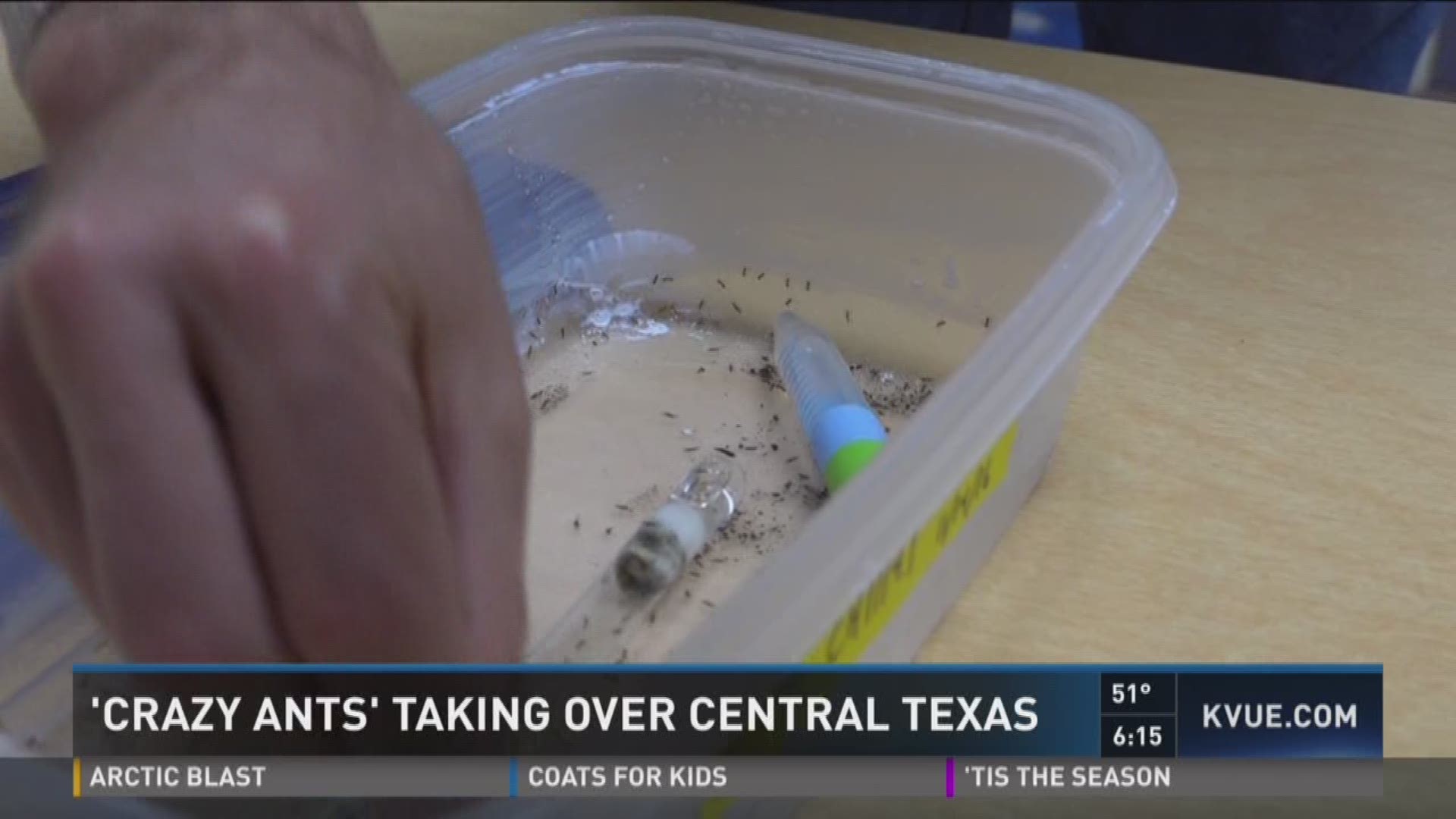 LeBrun and several researchers at UT’s Brackenridge Field Lab are working to find a way to control the ants, which spread at a rate of about 200 meters per year.

“The main problem that tawny crazy ants cause is simply the result of this enormous number that they achieve,” said LeBrun. “The really high densities they achieve in the environment.”

It’s a pest population so dense that researchers placed nine medium-sized test tubes without any bait in them in the Austin area, where crazy ant populations have been spotted. In 24 hours, 181,000 crazy ants were collected.

LeBrun said they are even worse than fire ants.

“The long-term trajectory is that crazy ants will displace fire ants from more and more places and thus become the pest that people contend with,” he said.

The ants are native to South America, and have invaded homes – particularly in the Houston area - since they were introduced.

“They get introduced by people moving them around in potted plants or recreational vehicles or landscaping materials,” said LeBrun.

Researchers project a continued spread in Central Texas. Homeowners can use the pesticide Termidor to get rid of the invasive species.

A treatment costs around $200 on average and researchers say it loses its effectiveness every two to three months.

Here in Central Texas, crazy ant populations have been spotted near the Briarcliff neighborhood, Convict Hill Road and near Round Rock’s McNeil High School.