Ahead of Tuesday's preliminary hearing, Cody Wilson -- the man behind Defense Distributed -- says the legal battle isn't over, even if the company is permitted to publish 3D-printable gun blueprints. 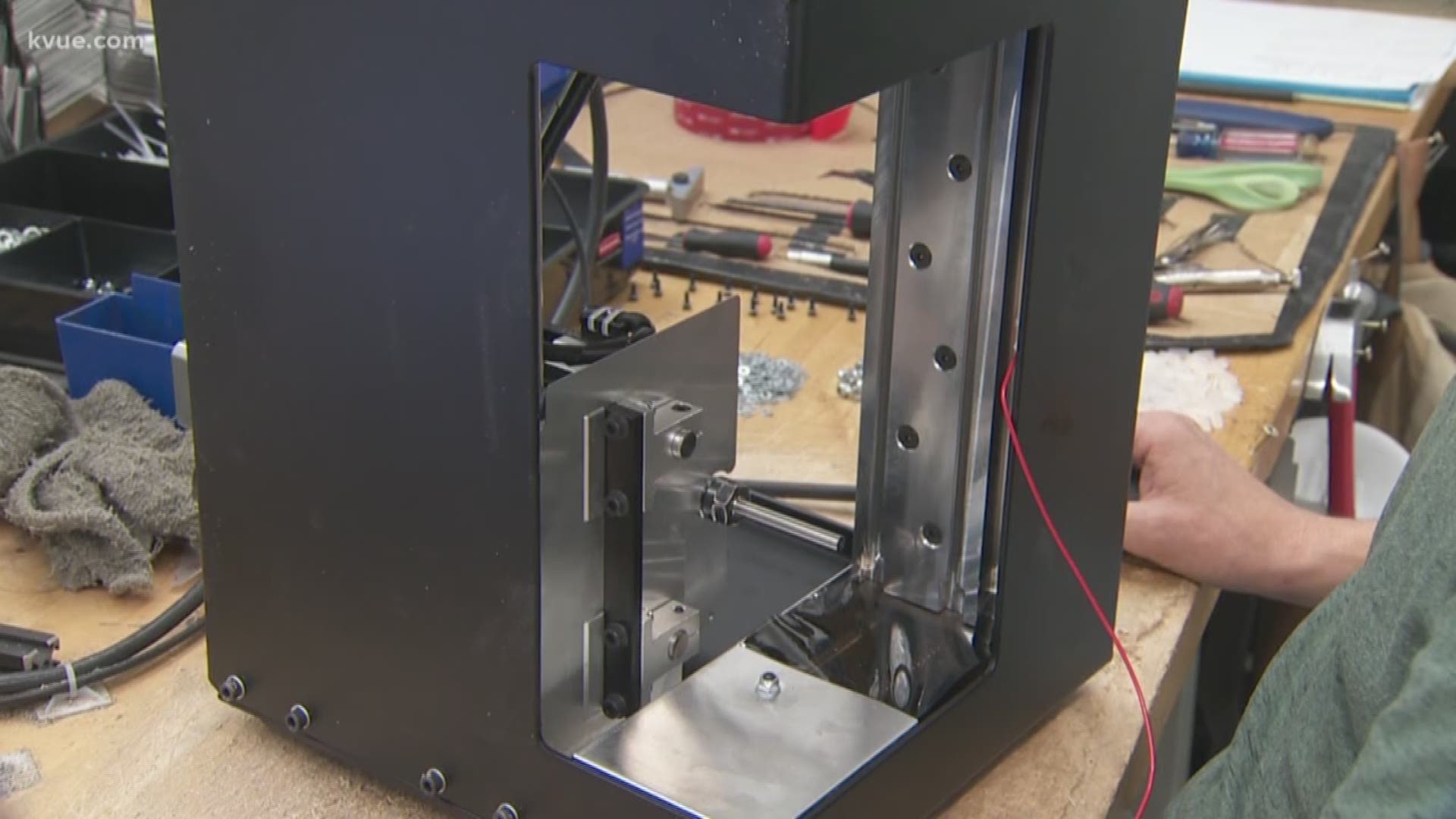 AUSTIN — Ahead of Tuesday's preliminary hearing in the case of whether or not to allow Defense Distributed to publish gun blueprints, KVUE sat down with the man behind the idea of 3D-printed guns, Cody Wilson.

The Austinite said he knows the legal battle isn't over even if things do go his way.

“It attracts new people every year. Maybe you wouldn’t consider making a gun beforehand, but if you knew there was a machine that would help you do it … maybe you're into it," said Wilson.

He's been fighting for the right to 3D print guns for many years.

"Once it became real, people got much more scared by the agony of the concept," said Wilson.

Defense Distributed primarily builds 3D printers in shop. They're CNC Milling machines that connect to personal computers, where users can download designs for gun parts and print them through the machine.

It's as simple as making a gun in your own home. But Wilson thinks banning blueprints is pointless.

"This is spending millions of dollars on a point of principle," he said.

What happened to a 3D printed gun at the range

Some fear the wrong people will use the blueprints to make guns.

Wilson's legal team will attend tomorrow's preliminary hearing in Seattle, Washington. They will discuss the request to continue blocking Wilson from re-posting his blueprints.