Edwardo Padilla and Kimberly Moore were indicted on a charge of deadly conduct with a firearm. The couple originally claimed self defense. 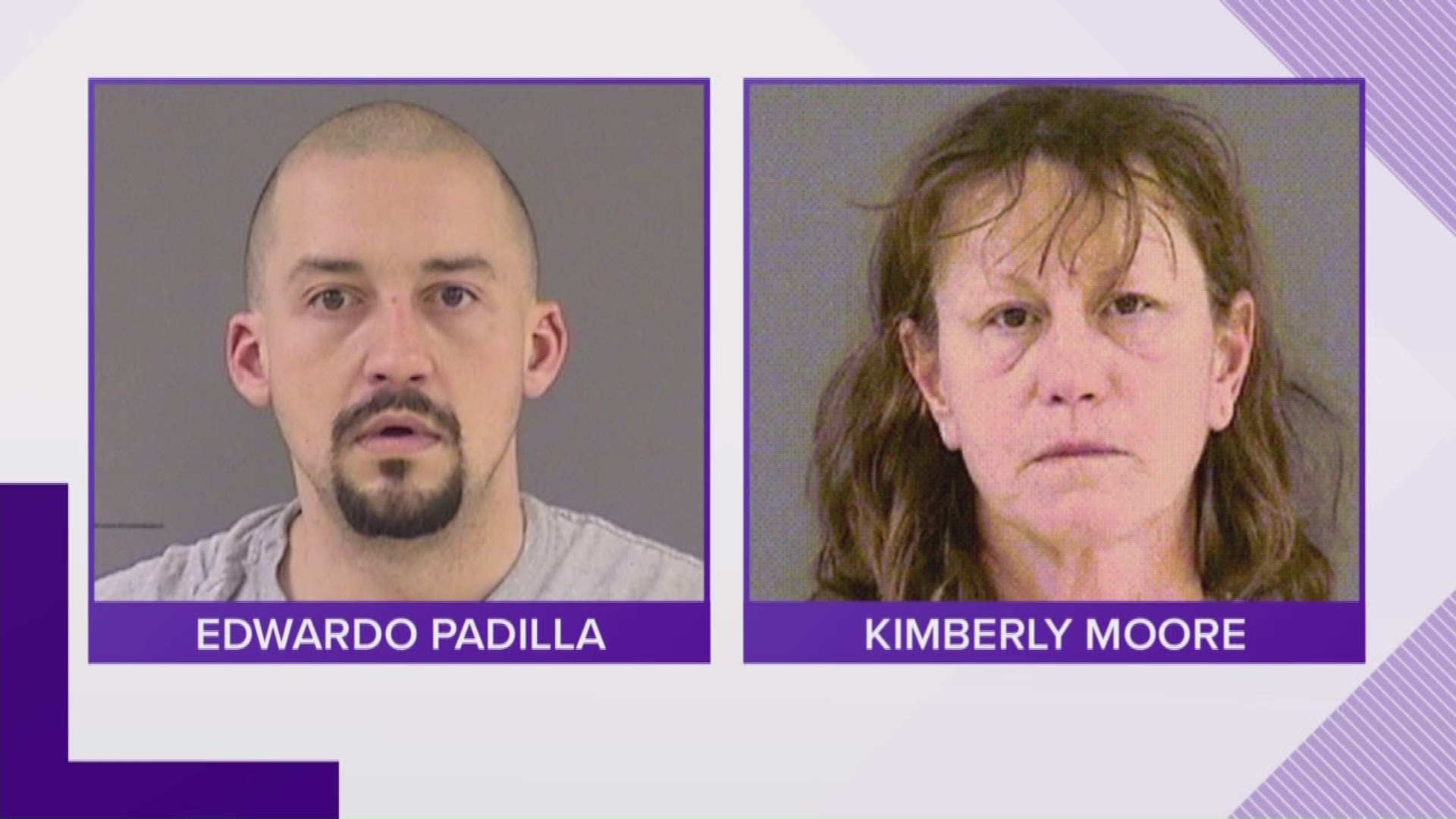 AUSTIN -- A Caldwell County grand jury indicted a pair in the February shooting of a deputy but did not pursue a more serious charge against them.

Edwardo Padilla, 33, and Kimberly Moore, 54, were indicted on a charge of deadly conduct with a firearm, a charge for which they face up to 10 years behind bars. But the more serious charge they faced, aggravated assault with a deadly weapon, will not go forward after the grand jury declined to indict them.

The couple had initially been charged with both crimes after the shooting of Deputy Jay Johnson, who is still recovering from his injuries.

District Attorney Fred Weber declined to comment on the case Tuesday, as did Sheriff Daniel Law through a spokesman.

Sheriff's officials have said that Johnson was responding to a call when he came under fire.

However, an attorney who initially represented the couple said they were shooting in self defense and didn't realize Johnson was a deputy.