The policies target racial disparities in arrests and citations issued by the Austin Police Department. 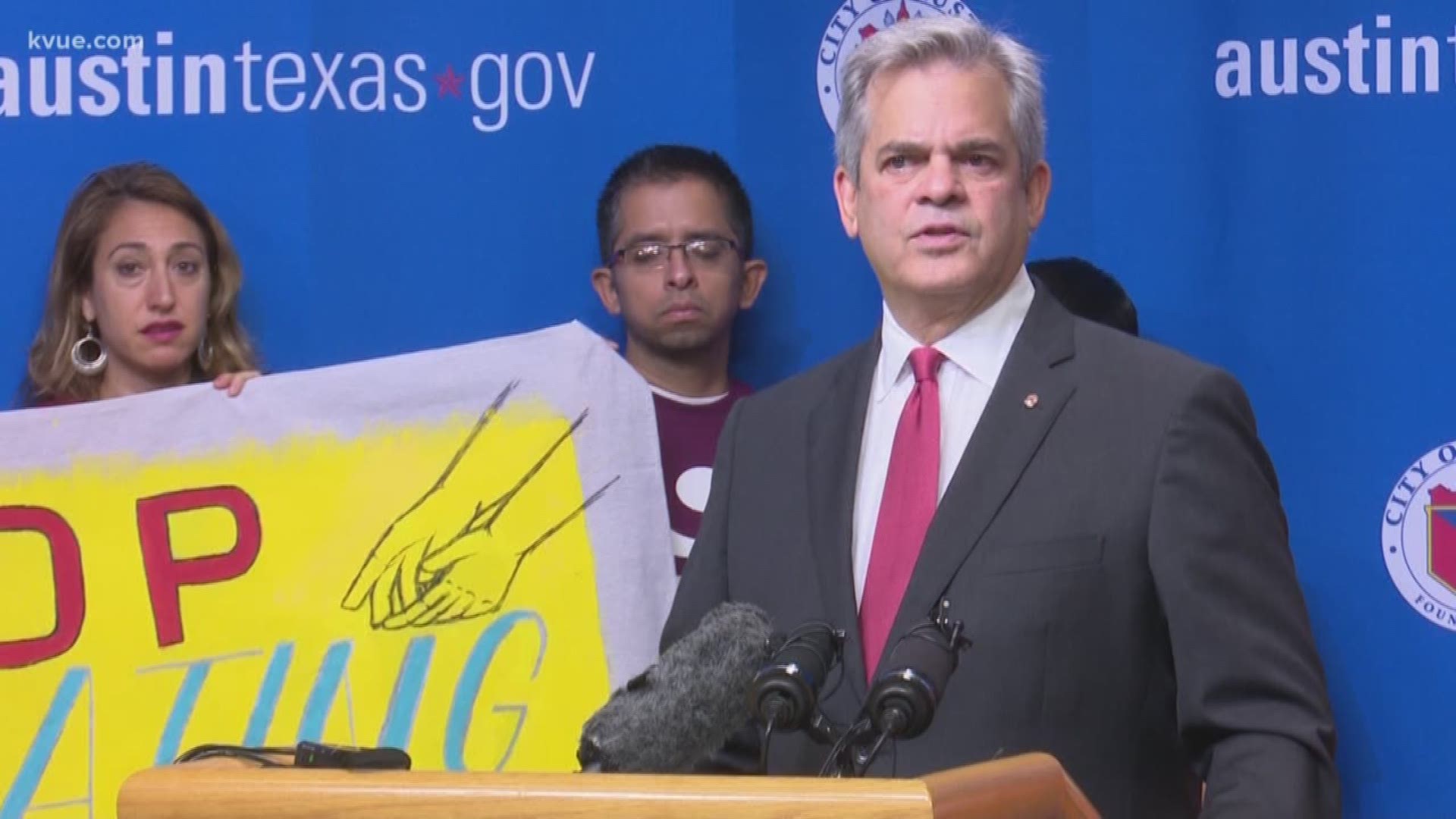 Authored by Casar, the Freedom City policies make up items 73 and 74 on the city council agenda for Thursday night and target the racial disparities in arrests and citations issued by Austin police.

At City Hall Tuesday Morning, Casar was joined by members of the groups Grassroots Leadership, Texas Advocates for Justice, Workers Defense Project and United We Dream.

Casar outlined the three key components of the policies as follows:

1. To direct the Austin Police Department in ending "unnecessary arrests."

2. To make sure the immigrant community members are aware of all their rights.

3. To mend the trust/relationships between community members and law enforcement.

"In Manager Cronk's memorandum to the council and to the community where he first announced that he is putting up Chief Manley for a confirmation vote on Thursday, he specifically cited things like our cite-and-release policies as areas of improvement where Chief Manley has not just committed to the public and to the community forums, but to the city manager that that's an area where he wants to do work and to improve our policies," Casar said.

Mayor Steve Adler also spoke during Tuesday's announcement, voicing his support in the passing of the Freedom City policies.

"If we are to better ourselves then we have to confront these disparities head on, and we have to do something about them," Adler said. "We need to understand why, and we need to make sure our system is just and fair."

Throughout the meeting, members of the various leadership and equal rights groups shared personal messages about what the passing of the Freedom City policy would mean to not only them, but the minority communities of Austin as a whole.

"[These Freedom City policies are] going to be something that is going to make Austin safer and our community safer and really re-establish communities of color with the police department," said Karen Reyes, a local teacher and member of United We Dream.