'They were sitting on the couch together ... and out of nowhere they were murdered'

A mom says her son-in-law killed her two adult children. Investigators have not yet confirmed any details about what happened. 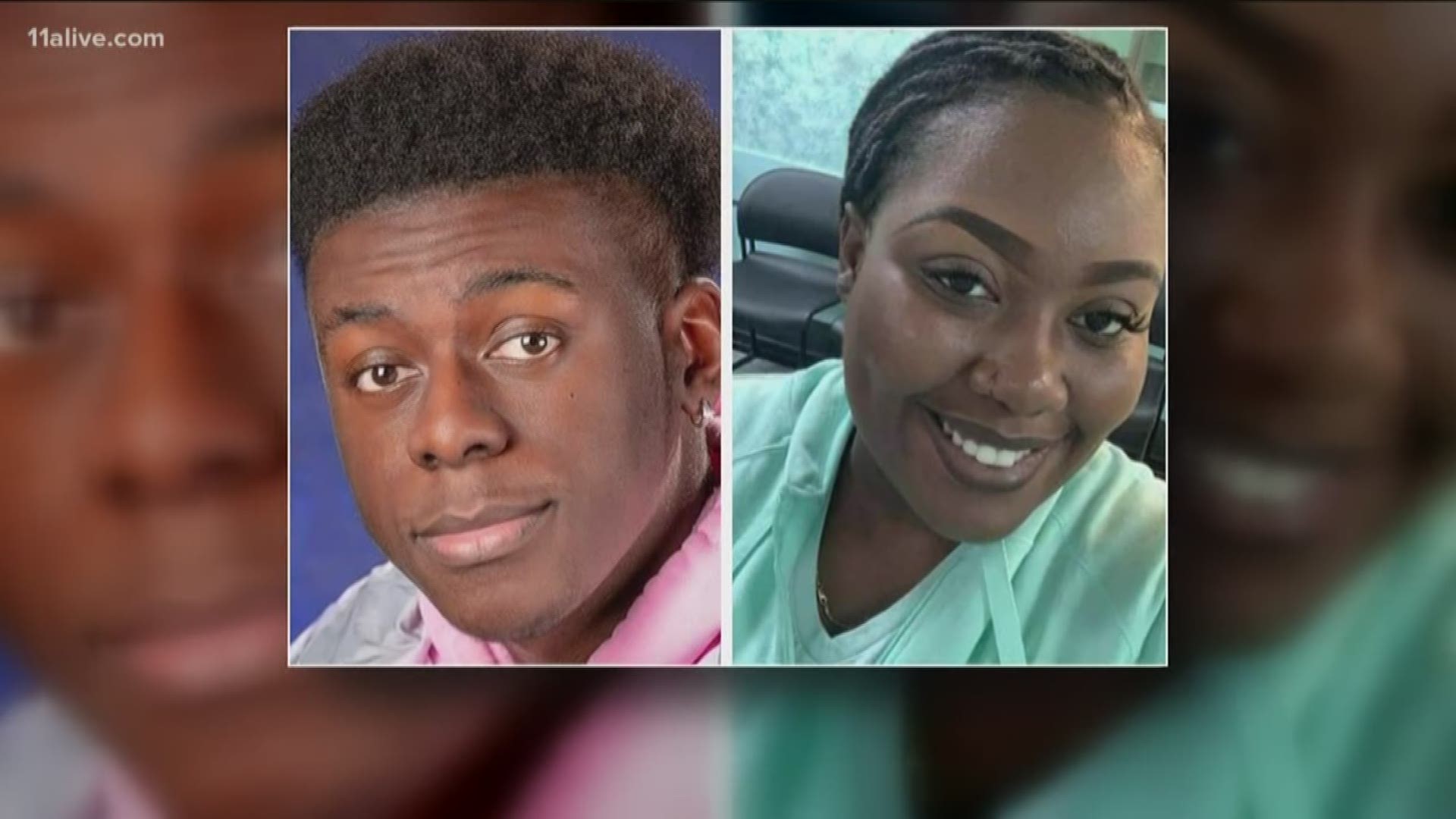 ROCKDALE COUNTY, Ga. — A mother’s grief after the loss of her two grown children is seen through her tears.

Jacqueline Terry-Redwine says detectives have told her that her daughter and son were killed at a home in Rockdale County by her daughter's husband. But she said she also learned from investigators that her daughter, 25-year-old Jaydah Curry, fought back and, in self-defense, killed her husband in the moments before she collapsed and died.

Investigators are not commenting publicly on the case, or causes of death, yet.

She described Josh as a shy boy who came out of his shell when he found theater and acting at North Springs Charter High School in Sandy Springs.

"Just sitting in the audience and watching him shine," she remembered with a smile, was like watching the "real" Josh no longer hidden behind his shyness. "And the love that was shown to him" by fellow actors and the audience meant as much to her as it did to Josh.

He graduated in 2018 and was attending Albany State University, hoping to make his career in theater. He also joined the Marine Corps Reserves. What was the connection between his acting aspirations, and his new-found love of the Marine Corps? "His recruiter is in theater," Terry-Redwine said with a laugh.

Jaydah was an extrovert with tons of friends. Terry-Redwine said her daughter was studying for her college degree, online. She's also the mother of a 2-year-old boy. Jaydah and the boy's father, 50-year-old Michael Curry, were married nearly three years ago.

A week ago Josh was home from college spending the weekend with Jaydah and Michael at their home in Rockdale County.

RELATED: What we know about the 3 family members found dead at Rockdale home

“They were sitting on the couch together," she said, through tears. "And out of nowhere, they were murdered."

Terry-Redwine said she suspected right away who killed her children. She described Jaydah's much older husband, Michael, as reclusive, and jealous of Jaydah's friends, causing friction between him and Jaydah that Jaydah tried repeatedly to address, trying to including him in everything she did, but he remained distant and angry.

She said investigators told her Michael suddenly shot Josh several times on the couch, as Josh and Jaydah sat next to each other.

Terry-Redwine said she learned from investigators that Jaydah lunged at Michael - who had a knife or machete - and they struggled; he struck her with it, causing several fatal wounds. But in the moments before she collapsed and died, Terry-Redwine said, Jaydah was able, in self-defense, to stab and kill Michael with it.

Terry-Redwine said she had been worried about her children and Michael because she hadn't been able to reach any of them on their phones this past Sunday night, Dec. 1. She said she always talked with each of her children at least once a day, so it was unlike them to be out of touch. She said she asked the sheriff's office to conduct a welfare check.

Other family members got to the house ahead of Terry-Redwine, and when deputies arrived they went inside and discovered the bodies.

Terry-Redwine pulled up to the house. She broke down in tears describing what she saw as she arrived.

“They started putting crime scene tape around the house, " she said. " And that’s when I knew. I knew. I knew both of my babies were in that house.... He destroyed my kids... They were everything to me, and that's all I had.... But I'm happy in knowing that Jaydah fought back to the best of her ability. Otherwise, I believe this monster would have come for me and the baby. I know he would have.”

As it turns out, Terry-Redwine had the two-year-old with her Sunday and Sunday night, so that Jaydah and her husband could spend more time with Josh.

Terry-Redwine and her family said they're grateful for the support and outreach they've received from friends and the community. A GoFundMe campaign was created for Jaydah's 2-year-old son.

"It's just been overwhelming," Joy James said; she is Jaydah's and Josh's aunt. James said dozens of friends of Jaydah and Josh have been reaching out to the family to tell them of how much the two meant to them, and the family, in turn, has been learning about Jaydah and Josh as their friends knew them.

James said Saturday night, Josh's younger classmates at North Springs Charter High School invited the family to a performance of their current play, which they dedicated to Josh--tears pouring after the play as they embraced the family and mourned with them.

"It means so much to me," Terry-Redwine said.

Terry-Redwine and James hope that sharing their story will help others.

A viewing for Josh and Jaydah and visitation with the family will be held Dec. 19 at Watkins Funeral Home-McDonough, which is located at 234 Hampton Street in McDonough. It will be from 2 p.m. until 7 p.m.

Sophie Speaks: How a Georgia mother allowed her boyfriend to impregnate her 10-year-old

He ate a cupcake, so they used a bat to beat him to death, police say