Construction will be starting on a lane that will run against flow of southbound traffic on Guadalupe Street. 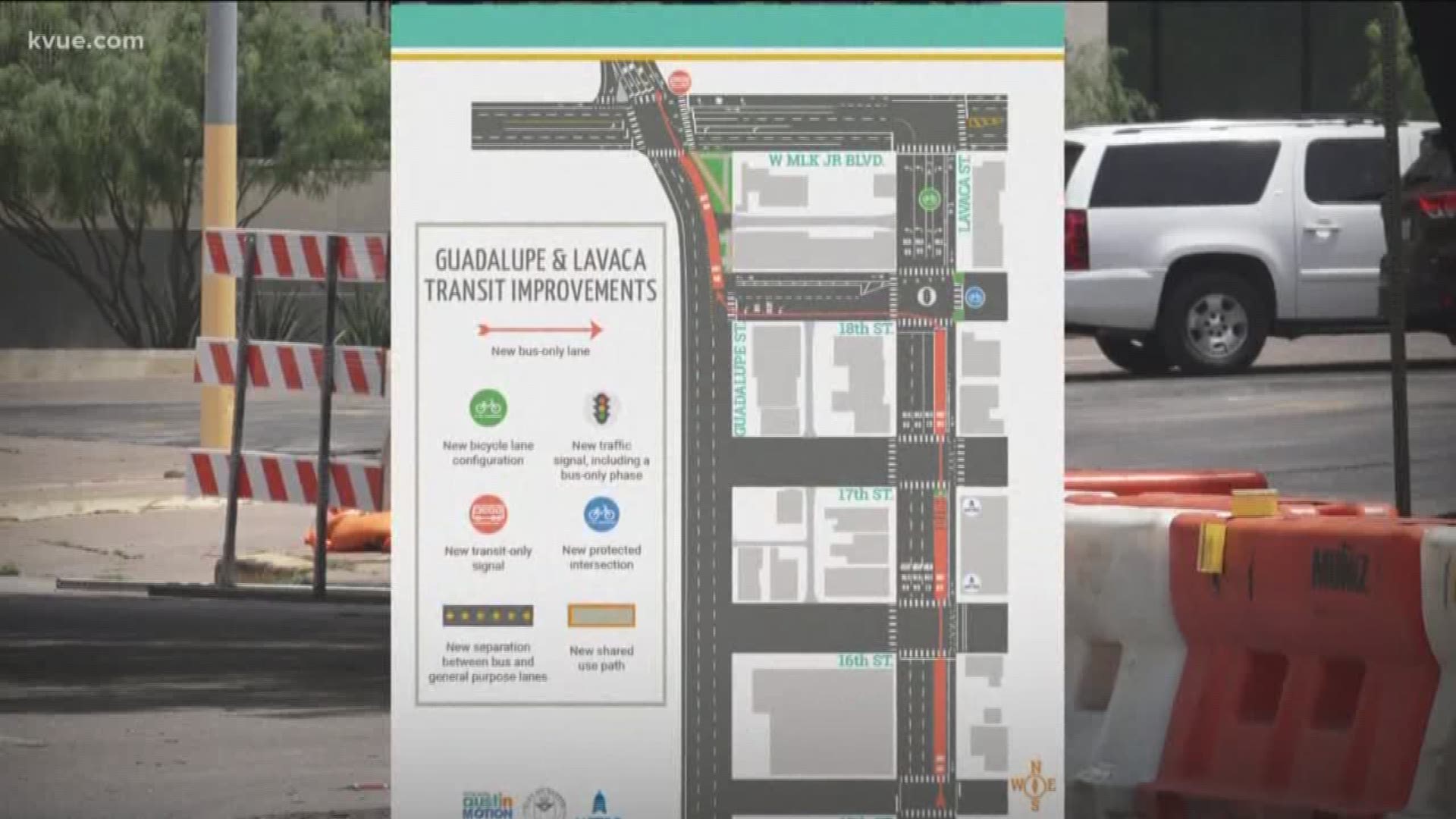 AUSTIN, Texas — Construction congestion is coming to downtown Austin and it could take weeks or even months for roadwork to finish.

Capital Metro, along with the City of Austin, is adding a designated bus lane to Guadalupe Street, between 18th Street and MLK Boulevard.

"I'm sure there are a few drivers pissed off about it," said Jason Wooley, who was waiting for the bus off Guadalupe Street.

Buses will travel the opposite way of traffic for one block in what is called a "contraflow" lane.

Buses traveling north on Lavaca Street will make a left on 18th Street, then continue north on Guadalupe.

Capital Metro said this is supposed to ease traffic on MLK between Guadalupe and Lavaca.

"We have 14 routes that operate on this corridor," said Caitlin D’Alton, senior planner for Capital Metro. "Thousands of passengers a day … that intersection of Lavaca and MLK is a major congestion point for us."

The transit agency said the bus lane on Guadalupe will be barrier-separated, painted red and have signals to let drivers know it is a bus-only lane and that they will be going the wrong way if they enter it.

There will also be new traffic signals at 18th Street for cars and buses, along with bike lanes on Guadalupe as part of the construction project.

RELATED: Some concerned about intersection after CapMetro bus crashes into home

According to the City of Austin’s corridor program office, construction is scheduled to start on Monday, May 20 and finish up by September.