The City of Austin cited the construction at the intersection of Guadalupe and Cesar Chavez Street for clearing homeless camps near City Hall Monday morning. 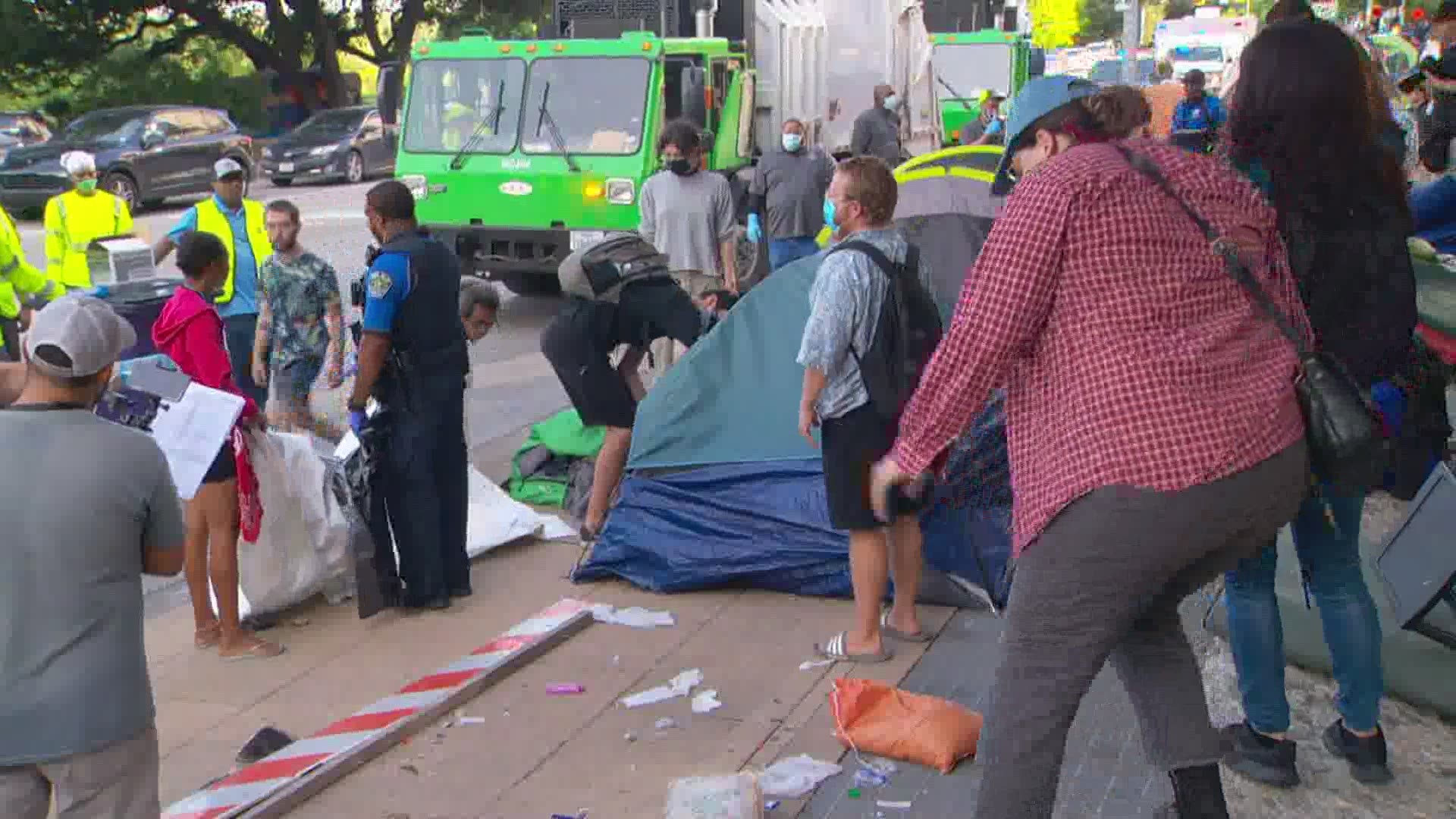 AUSTIN, Texas — The Austin Transportation Department is planning to start construction to improve bike, pedestrian and transit safety at the intersection of Guadalupe and Cesar Chavez Street. The city cited preparation for the project when the Austin Police Department cleared homeless camps near City Hall Monday morning.

The construction project includes modifying the curb line and rebuilding the curb ramp on the northeast corner of the intersection. The department is also planning to repair the west/eastbound crosswalk, according to a City of Austin spokesperson.

The curb ramp on the southwest corner of Cesar Chavez and South First Street will also be rebuilt for bicycle access to the South First bridge.

The City of Austin and APD said they’ve been warning homeless individuals in the area of the planned construction for about 30 days. The police department told people staying in tents around the area Monday morning that they had to move.

Phase 2 of the City’s homeless camping ban started Sunday. Those who do not move their camps away from City Hall for the construction “may be given a citation for violating the camping ordinance, or be placed under arrest if they fail to comply,” according to the spokesperson.

Seven people were arrested at City Hall during the tent clearing.

The construction project is set to begin June 21 and is expected to take a week to complete. Traffic barriers will be installed.