Some smaller cities in Harris County, like Galena Park and Baytown, got money. 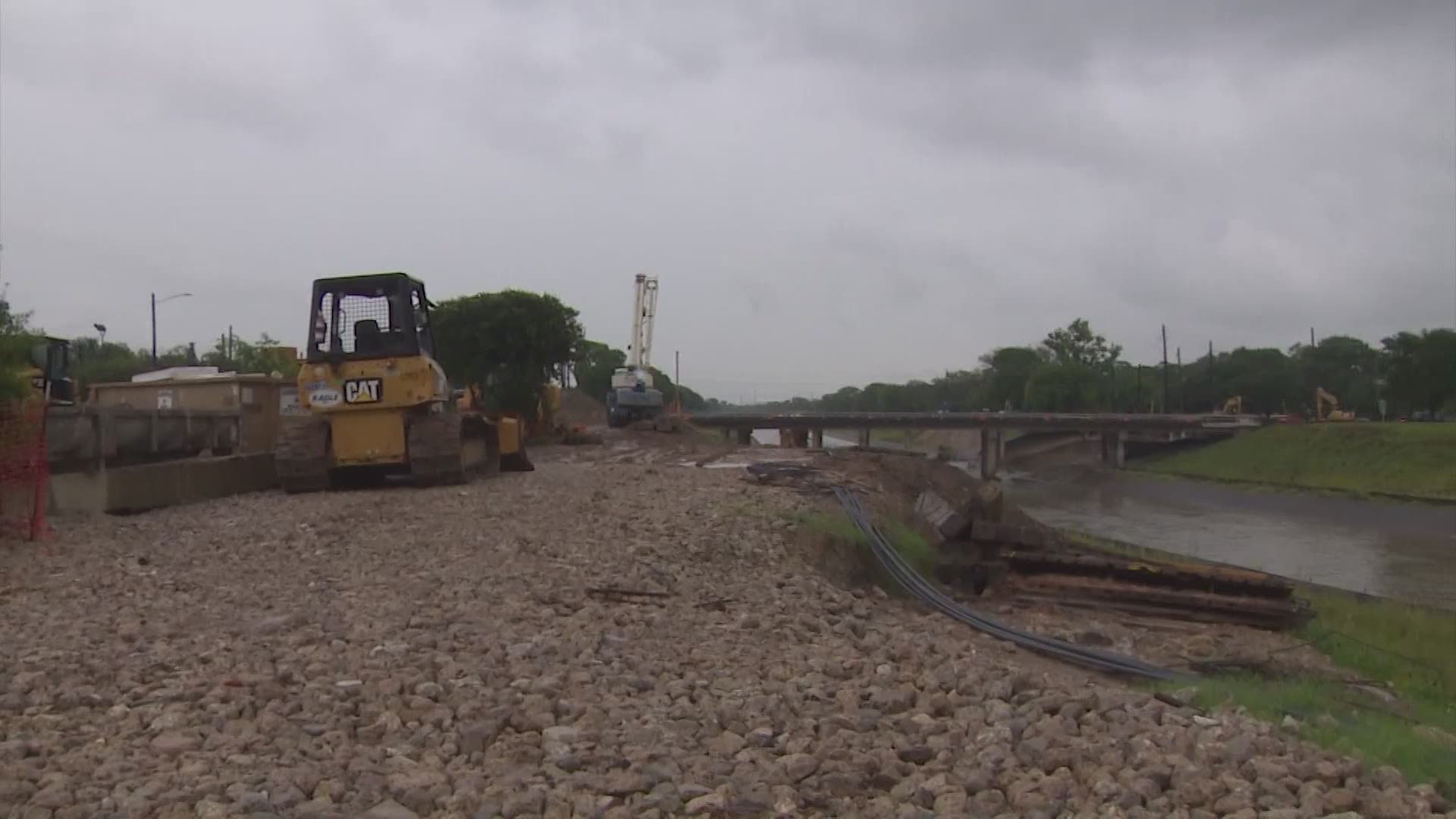 HARRIS COUNTY, Texas — The two conservative Harris County Commissioners are calling the Republican-led Texas General Land Office’s decision to leave Houston and most of Harris County off the list for $1 billion in federal flood mitigation a “shock.”

The GLO said neither area scored high enough on their application to get money.

Some smaller cities in Harris County, like Galena Park and Baytown, got money from the GLO, but most of the help this time went to surrounding counties.

“They gave Harris County Flood Control District a below-average score,” Commissioner Tom Ramsey of Harris County Precinct 3 said. “That told me right there the fix was in.”

Ramsey said the $2.5 billion in flood control bonds that Harris County voters approved also should have raised their score.

“No other city, no other county that submitted an application had anywhere near that,” he said.

Ramsey said Congress intended for this money to address flooded homes. Half of all the damage from Hurricane Harvey was in Harris County.

“Most of the public I’ve talked to, they’re assuming politics is going on here,” Ramsey said. “I’m trying to communicate to them, frankly, it’s incompetence.”

Cagle wrote he reached out personally to Texas Land Commissioner George P. Bush, who he said: “promised he would not oppose Harris County and the City Of Houston receiving a direct allocation of other federal payments already headed to Texas.”

“They did not have any good answers on anything I brought up,” Ramsey said.

Houston Mayor Sylvester Turner, Harris County Commissioner Rodney Ellis of Precinct 1, and four Congressional Democrats from Houston sent a letter to the Secretary of Department of Housing and Urban Development asking her to intervene.

“We understand the devastation that Hurricane Harvey had on the state of Texas, including Houston and Harris County. HUD has not prevented Texas from awarding CDBG-MIT funds to Houston or Harris County. The formula for allocation was created by the state of Texas. They have full responsibility and jurisdiction over who gets the money that was allocated to the state for flood mitigation, if HUD approves the action plan amendment, which has not been submitted or approved by the agency. We believe all areas of the state, including Houston and Harris County, should receive the resources they need to recover from Hurricane Harvey.”

Commissioner George P. Bush told the Galveston Daily News that Houston’s ability to pay for its own projects was “substantially larger” than other communities.

His spokesperson also told the paper a federally-mandated formula created by the Trump administration determined the awards.

Ramsey said Harris County Commissioners plan to discuss this issue at their May 25 meeting.