The body was buried in concrete and surrounded by cinder blocks, which may have helped preserve it for identification purposes. 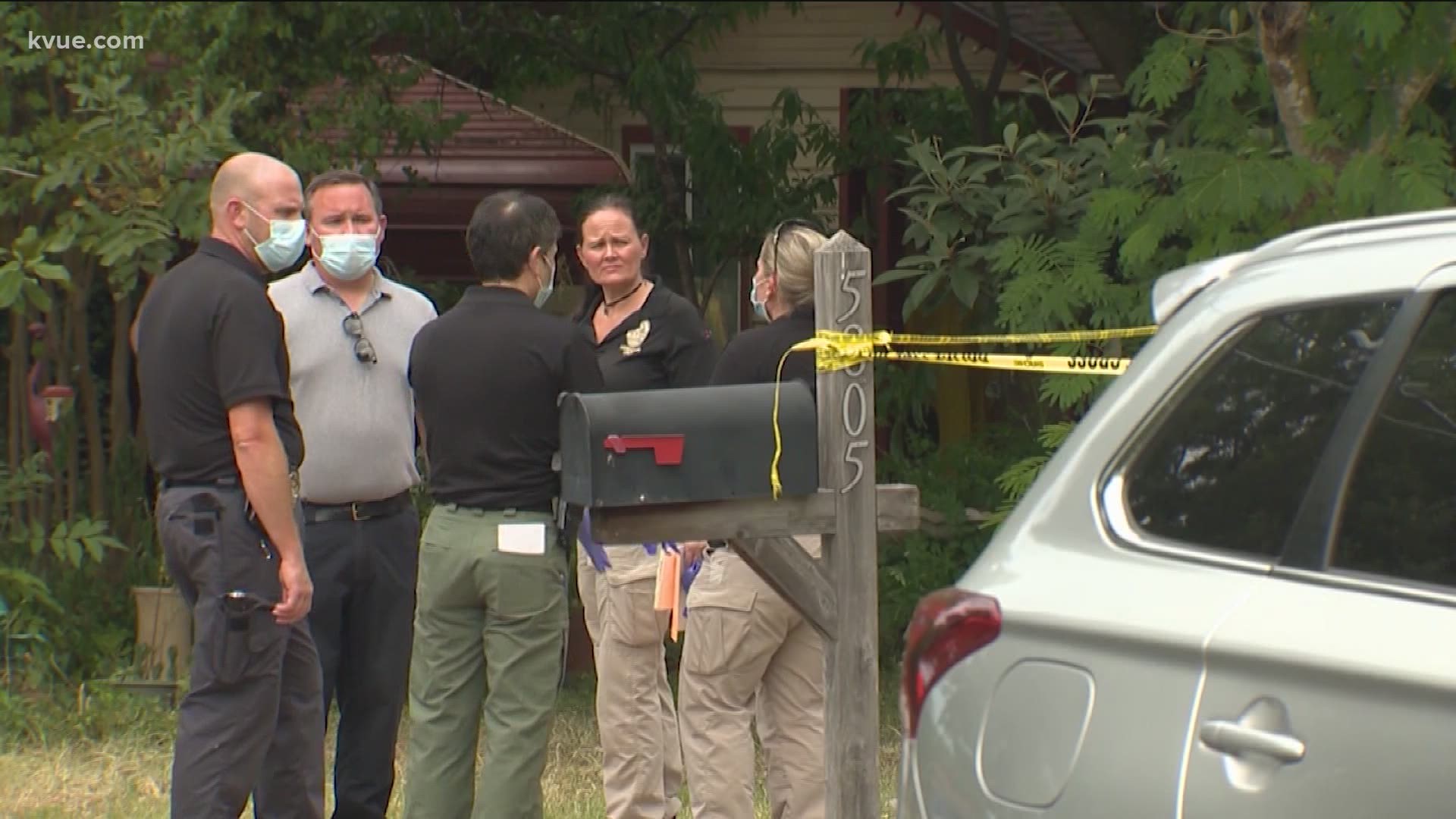 AUSTIN, Texas — After Austin police found a body buried in a South Austin backyard, investigators are still working to identify who died and how.

The body, found on Wednesday and revealed Thursday by the police department, was buried under concrete and surrounded by cinder blocks.

Crime scene investigators remained at the home in the 5800 block of Mojave Drive near Stassney Lane in South Austin on Thursday.

Police have not said how long the person may have been dead, but the concrete may help investigators with the case.

“The concrete would have stopped or prohibited the insect activity, so it actually would have slowed down decomposition relative to a body just being laying on the surface,” said Dr. Daniel Wescott, director of the Forensic Anthropology Center at Texas State University.

NEW: These photos from an affidavit show how a body was buried in a South #Austin backyard @KVUE https://t.co/Ulj2uFgkZc pic.twitter.com/hNFcn2zbEL

A common way of identifying the body is comparing records to when the person was alive.

“If they are in a relatively fresh state of decomposition or just going into – if you're getting smell, typically that's associated with the bacteria activity,” Wescott said. ”But they may still have retained fingerprints.”

According to court documents, detectives smelled a decomposing body when they were in the backyard on Wednesday. Investigators dug up the concrete and found human remains.

Two people are in police custody related to the case, 22-year-old Walker Ray Kaatz and 36-year-old Kristie Cardenas. Both are charged with tampering with physical evidence, a second-degree felony. Police said both live at the home.

As of Friday, no one is charged with murder.

Affidavits said a witness told police the victim had recently been released from jail. According to court documents, police discovered a concrete mass surrounded by cinder blocks, bags of Quikcrete, a shovel and gardening hoes. A cadaver dog alerted investigators to a body.

“The challenging part is, is that anytime you introduce a unique thing, it makes a little more difficult to actually estimate how long the individual's been there,” Wescott said. “In those cases they are done, typically look at things like, you know, when was the concrete bought.”

Anyone with more information is asked to call police at 512-974-TIPS, the Crime Stoppers anonymous tip line at 512-472-8477 (TIPS), use the new Crime Stoppers App, or email APD Homicide at homicide.apd@austintexas.gov. Tips can be made anonymously. You can also submit tips by downloading APD’s mobile app, Austin PD, free on iPhone and Android.

Stepfather charged with murder in 2001 disappearance of Alissa Turney

South Carolina mayoral candidate accused of faking her own kidnapping