Concern over methane released on land owned by UT 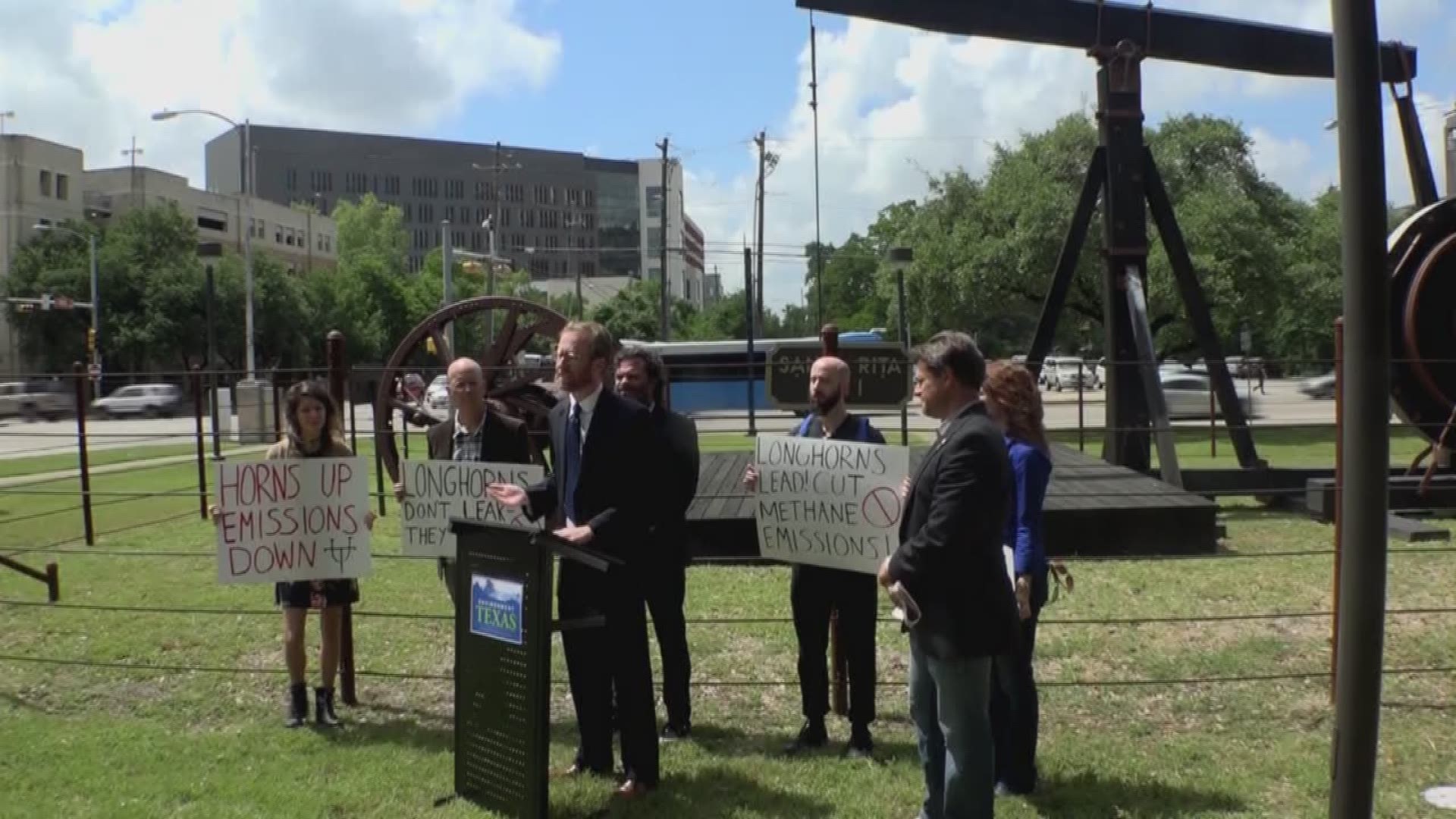 They signed a letter that was sent to Chancellor William McRaven Wednesday asking him to reduces methane emissions leaks at the oil production facilities operating on more than 2 million acres of UT owned land. They believe this can be done by using technology that reduces methane leaks.

"It's an opportunity show that faculty can not only teach but lead," University of Texas at San Antonio lecturer David Matiella said.

"We already know the technology is available," Environment Texas director Luke Metzger said. "We just need the leadership to make it happen."

Using data from the Environmental Protection Agency and looking at video Environment Texas shot of drilling operations on the land, Environment Texas estimates from 2009 to 2014 more than 9,000 wells have pumped 11.7 million tons of methane into the air.

"We estimate that the pollution from UT's oil and gas operations is seven times greater than all the pollution generated from the UT Austin campus," Metzger said.

UT faculty members said they believe the effect methane is having on our earth is detrimental, citing the clear greenhouse gas is responsible for a quarter of the global warming we're experiencing today.

They said effects are seen here in Central Texas.

"Whether it's the major drought and wildfires we had several years ago or the flooding issues that we're having today," Metzger said. "Methane gas can also be harmful directly to human health in large releases."

Although oil and gas facilities are the main methane producers, the gas is also emitted from other sources such as landfill waste and livestock manure.

KVUE reached out to Chancellor McRaven to find out his thoughts on the letter. On Thursday, Jenny La-Coste-Caputo, the executive director of media relations of the UT system, sent the following statement:

"The letter referenced was actually sent to Chancellor McRaven in late January and he responded to all who signed it with a letter containing detailed information about activities on University Lands, the mission of the University Lands organization and the significant work being done to reduce methane emissions. The latest figures from the Environmental Protection Agency (February 2017) demonstrate that emissions from oil and gas activities on University Lands are significantly lower than what was cited in the letter sent to McRaven, and demonstrated a steady decline in emissions in recent years. New technology has revolutionized the energy industry, creating new opportunities for environmentally-friendly methods that are drastically reducing greenhouse gas emissions. University Lands is continually working with oil and gas operators to protect the lands and our environment by reducing the waste of natural gas from flaring, venting and fugitive emissions. This is an important issue to Chancellor McRaven and the entire UT System."

Through the site, users can sign up for email alerts about pollution in their neighborhood.

The reports will come about 24 hours after an incident is reported to the Texas Commission on Environmental Quality. Then, if the user wants, they can file an official complaint with the TCEQ.

The agency is required to investigate every complaint.