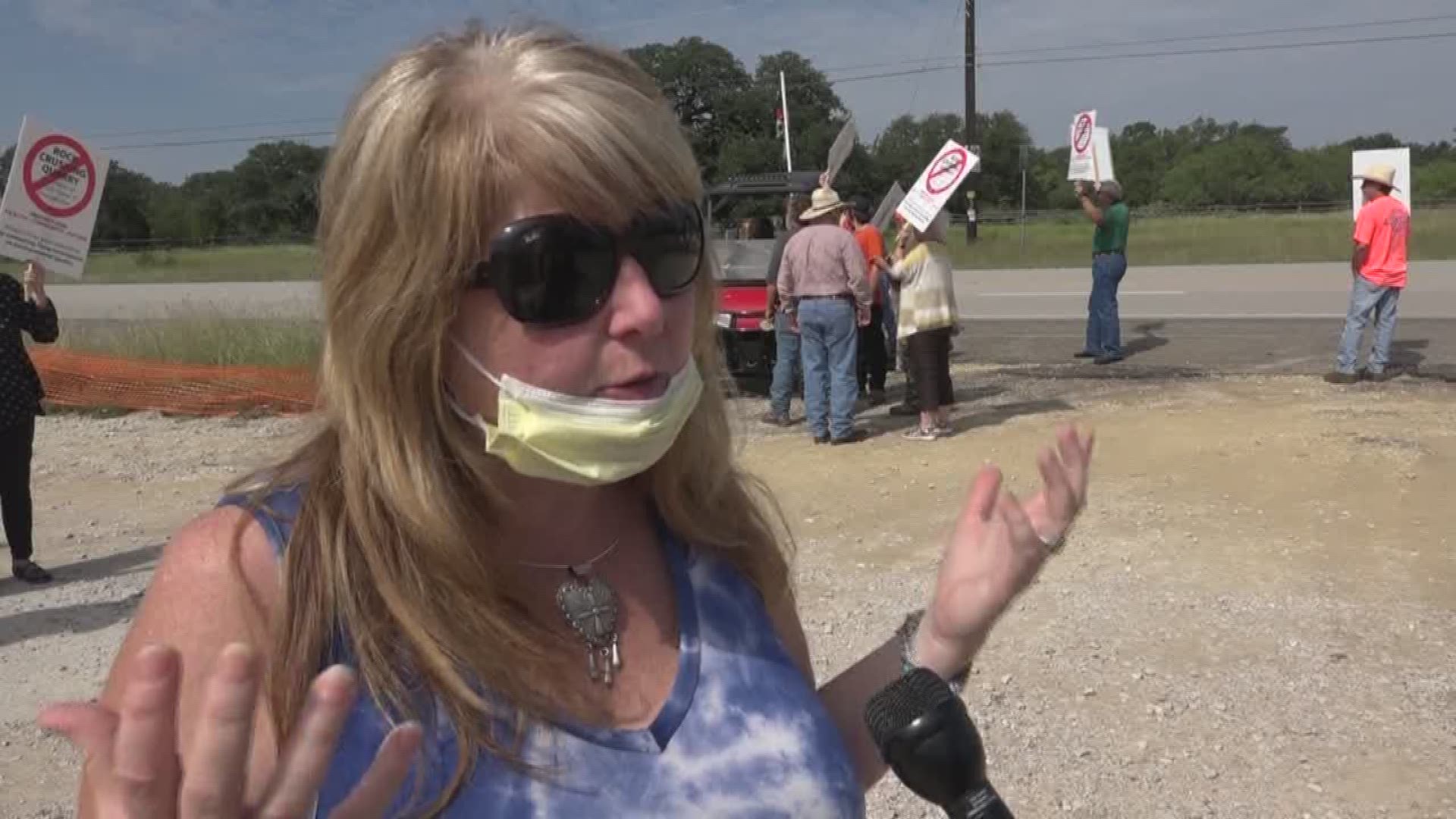 Protestors gathered in Burnet County Saturday, to fight against the development of a rock crushing facility.

Asphalt Inc. plans to build a quarry along U.S. 281 and County Road 403; the permit is in place and all that's needed is an air quality review.

"Unfortunately the way the legislature is created the TCEQ (The Texas Commission on Environmental Quality) and their permit process--these permits get almost finished before we even get notified,” Marble Falls Mayor John Packer said.

He is one of many opposed to the plant.

Mayor Packer said the noise and air pollution from the rock crushing facility will stunt the economic growth, pushing away new developments in single-family residences, retailers and restaurants.

For Michele Hart, who wore a medical mask during the protest, it's a health crisis.

"This mask is a representation of what my future looks like... I'm seven miles from this plant --the wind will blow into my deck."

And with the reported location, about five miles from the newly built Baylor Scott & White Medical Center, Hart says the dust generates an issue she isn’t willing to face.

“Crystalline Silicas basically created a disease called Silicosis. I already have lung disease. I'll be one of the first persons that would be affected by this,” Hart said.

“Everybody is doing what they can legally and publicly to show people this is a bad fit for our community,” Mayor Packer said.

Those involved say the city of Horseshoe Bay, Round Mountain, and the Marble Falls City Council passed a resolution against the proposed rock quarry plant. There will be a 30 day public comment period, followed by a 30 day TCEQ review process.