Shattered glass and broken windows are shaking up some members of the community. They believe someone tried to break into North Austin Muslim Community Center early Sunday morning. 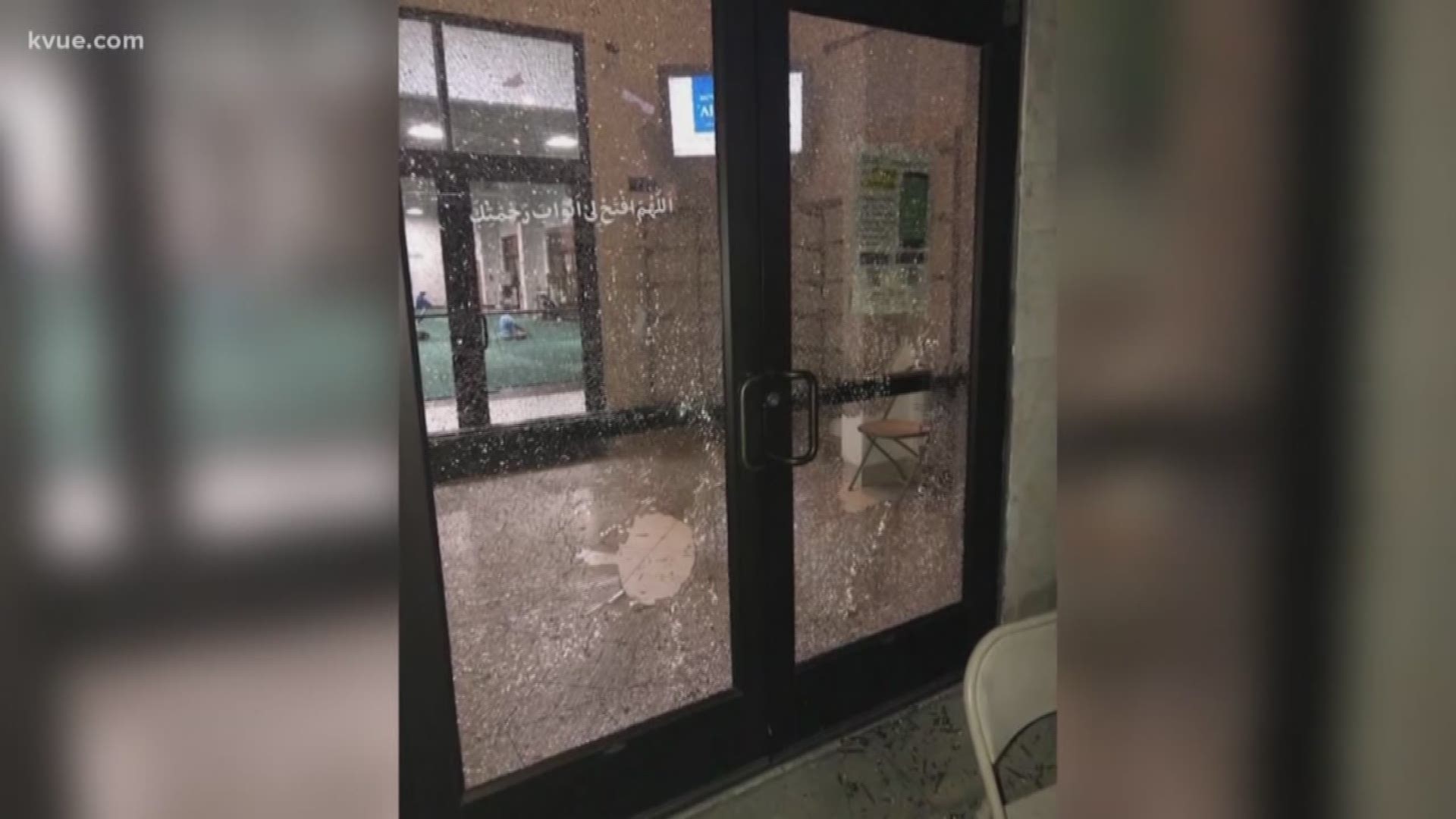 AUSTIN — Members at the North Austin Muslim Community Center said someone tried to break into their building.

Photos shows shattered glass on the front door and side entrance from Sunday morning. Multiple windows were also broken.

Members believe this happened at around 1:30 a.m. That’s when they say their alarm company alerted them and called police saying there was an intruder on the property. They do have security cameras and their vice president, Adnan Sulereman, said they show a man using a rock to break the glass. He said the man even slashed a member’s tire.

“You fear for your life because the person was interested in slashing, you know, cars tires and last night was interested [in] entering the property later,” said Sulereman.

“We come just to pray, so I don’t know why somebody would come in here trying to vandalize the property. Luckily they didn’t get anybody hurt,” added Mustafa Jagana, a member of the center.

Members said they've reported this to police who are now investigating. While Sunday was scary, Sulereman said this wasn't the first incident they've had. Last week, someone apparently slashed several members' tires.

After Sunday's incident, they are now hiring a security team to watch the center overnight and are hopeful this doesn't happen again.

The Austin Anti-Defamation League released the following statement to KVUE:

“We hope that people of good will throughout Austin will join with us in loudly condemning attacks against religious institutions and the communities that they serve. We stand up in solidarity with the North Austin Muslim Community Center. We as an Austin community must fight against bigotry, hatred and prejudice, and stand up for our core values, including religious freedom and the protection of minority populations,” said Renee Lafair, ADL Austin Regional Director. “We commend the work of the Austin Police Department and are pleased that APD is investigating this attack as a possible hate crime and are confident that they will bring the perpetrators to justice.”