The flyover eventually hit Austin around 4:30 p.m. after weather delays. 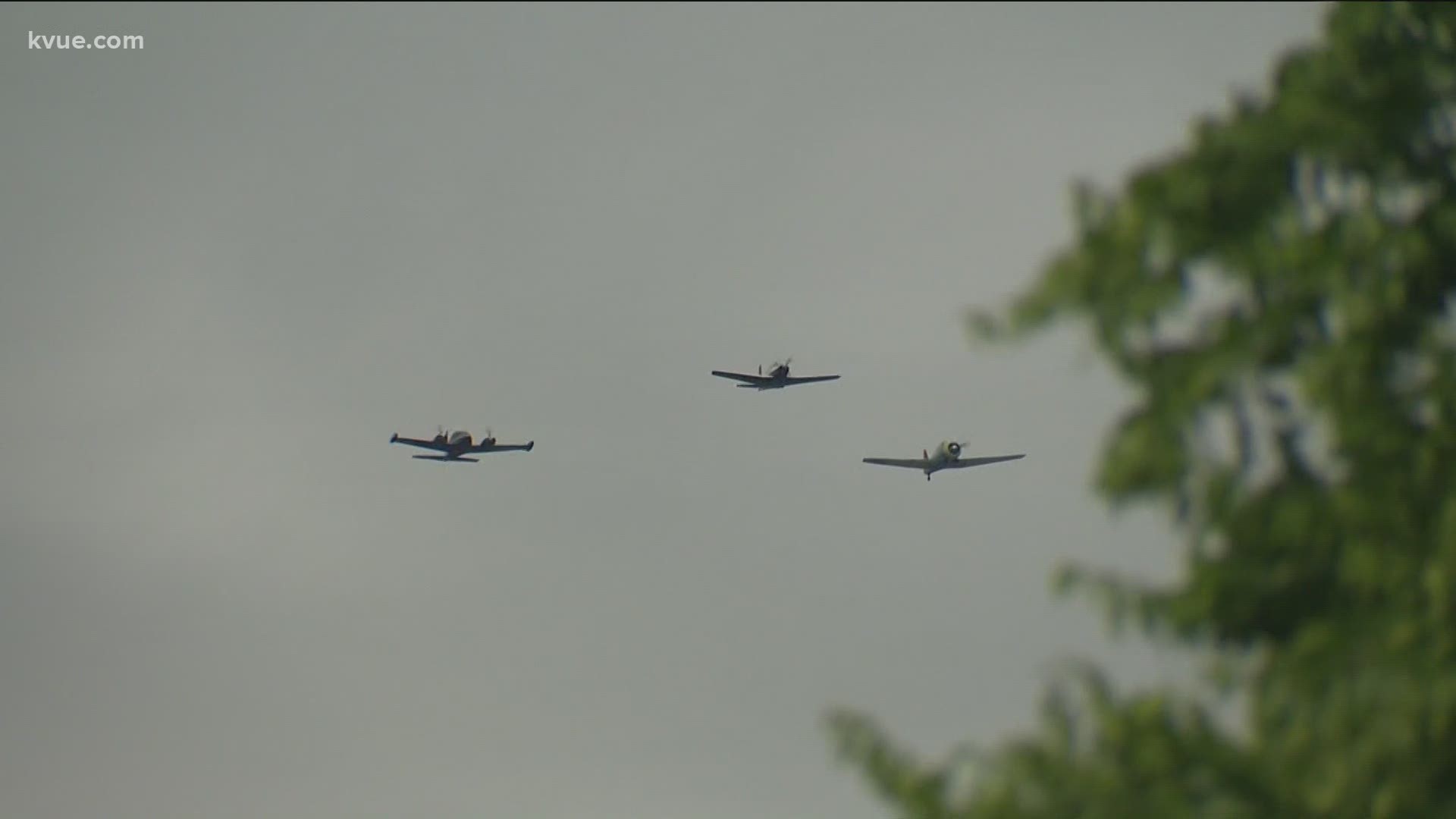 AUSTIN, Texas — On Monday, the Commemorative Air Force Texas Wing flew over both Austin and San Antonio after hours of delay due to weather conditions.

The group posted on its Facebook page that there was a delay due to weather. When asked for a start-time estimate, the Commemorative Air Force Texas Wing said the flyover was set to launch at 12:40 p.m. before flying over San Antonio followed by the Austin area, but that delay was extended even further.

The planes officially took off around 2 p.m. for San Antonio. At around 3:15 p.m., they were stopped in San Marcos, evaluating the weather and refueling. They officially headed for Austin around 4:15 p.m.

The group said that once the formation does begin over Austin, you could expect to see them over the following areas at the following minutes after the start:

The purpose of the flyover is to commemorate Memorial Day and to lift the spirits of those affected by the coronavirus pandemic.

On the way to Austin!

Nine Warbird aircraft were included in the flyover, which began in San Marcos before heading through Kyle, Buda and Central Austin. From there, the flyover headed around Dell Children’s Medical Center, the Texas State Cemetery, the VA Hospital and Seton Medical Centers. The flyover continued over Round Rock and Georgetown before heading toward Burnet, Leander, Cedar Park and onto Lake Travis, Camp Mabry, the Austin State Hospital and Ascension Seton.

State Rep. John Cyrier, who represents District 17 (Lee, Bastrop, Caldwell, Gonzales and Karnes counties) joined the flyover in the back of one of the planes.

The event follows a flyover from the U.S. Air Force Thunderbirds on May 13, honoring first responders and essential workers on the frontline of the COVID-19 pandemic.