The Historic Landmark Commission promoted an agreement between the property owner and the neighborhood associations to rebuild the property on its exact footprint. 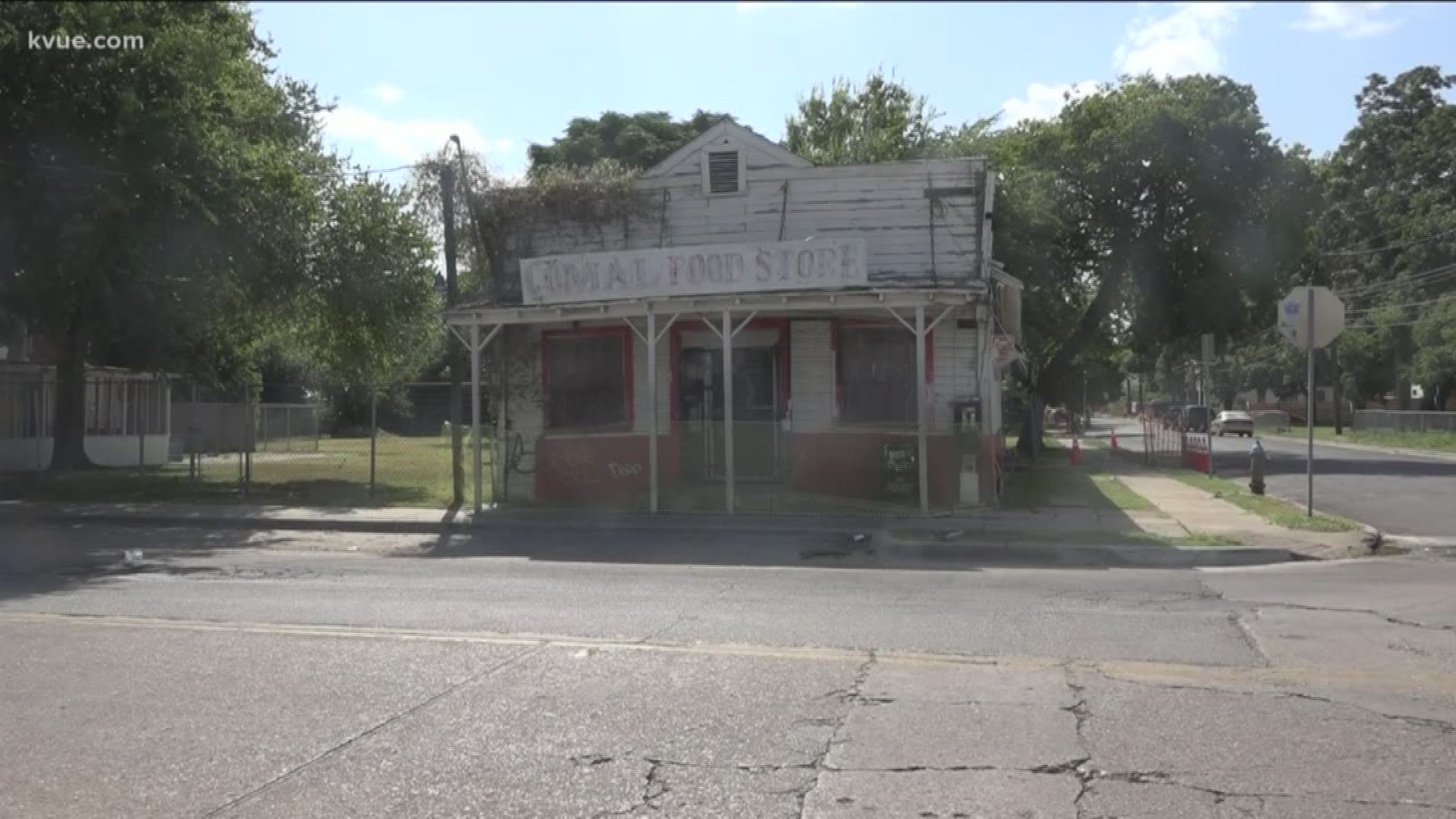 AUSTIN, Texas — If you've ever visited Comal Pocket Park in East Austin, you may have noticed a big red-and-white building with the words "Comal Food Store" written on its worn-down sign across the street.

It's known as the Tuke-Lyon Grocery Store and was built in 1922. It was built as a grocery store and changed ownership over the years, but has sat empty and unused recently.

You can find more info on the property in the document below.

In July, the Historic Landmark Commission recommended the site be zoned as historic after the owners submitted an application to partially demolish the building.

"It was an application for partial demolition, but involves the removal of all wall materials, windows and doors," Steve Sadowsky, one of the city's historic preservation officers, told KVUE in July. "While the applicant proposes a new building on the same footprint, it will be a replica and may not look anything like what is originally there."

"We therefore promoted an agreement between the property owner and the neighborhood associations to rebuild the store exactly on the same footprint as now exists and to salvage whatever materials from the existing building in the new construction, including the sign on the north wall of the building," said Sadowsky.

Sadowsky says any materials on the building will match the existing materials.

Credit: Luis de Leon
A look inside the building on 220 E Comal Street.

Some Austin residents who have seen the building in passing say it's a good thing to keep some parts of the building.

"I see it a lot, I pass by it a lot," said Terrice Beard, who lives in Austin and brings her son to Comal Pocket Park often. "Everything's going to fall apart eventually, in due time. At least they're fixing it now before it does and then rebuilding it back up and then at least saving some of the signs that were already there, so that's still cool."

Sadowsky told KVUE the goal is to have the building as an operating grocery store in the building with a small rear addition to accommodate a kitchen for food service.