'It felt like an explosion': Plane crashes into McKinney home; two injured

A McKinney woman said her two children were inside the family's living room when a plane crashed into the back of their home. 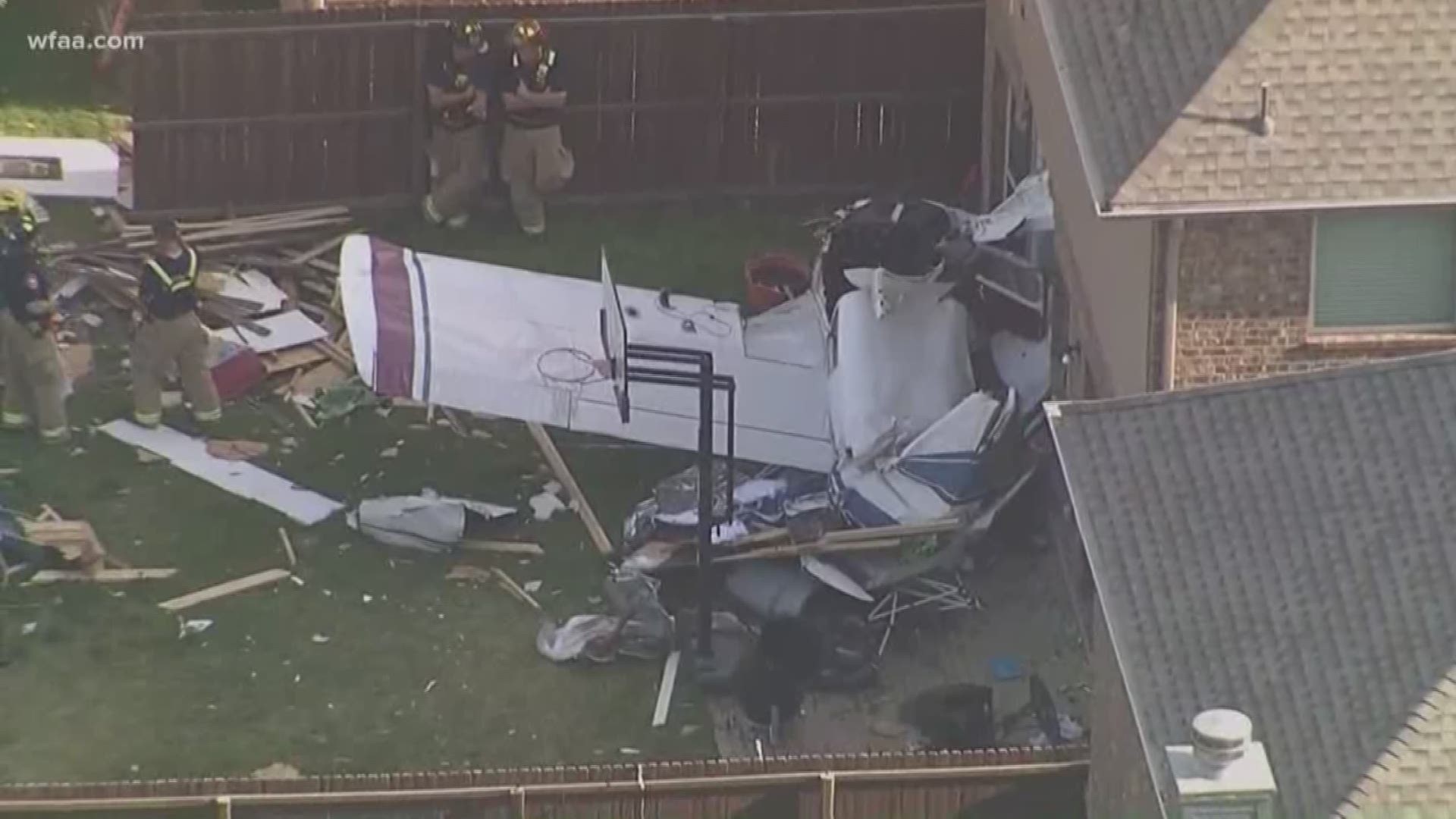 MCKINNEY, Texas — A small plane that crashed into the back of a McKinney home was removed by a crane Saturday morning.

Jamilah Foster said she was in the kitchen and two of her children in the living room when the plane collided into her home Thursday evening.

"It felt like an explosion," she said of the crash that left a large gaping hole in the back of her home.

The plane crashed just 10 feet from her 1-year-old son.

"I snatched him up and looked for the other one," Foster said.

No one on the ground was injured, but two people on board the plane were transported to a nearby hospital. As of late Thursday evening, the extent of their injuries was not released.

The plane was a Piper-PA 28 Cherokee and crashed at about 5:10 p.m. into the home located on Black Bear Drive, about a quarter mile west of the Aero Country Airport, the Federal Aviation Administration said in a statement. The impact knocked out the house's power. 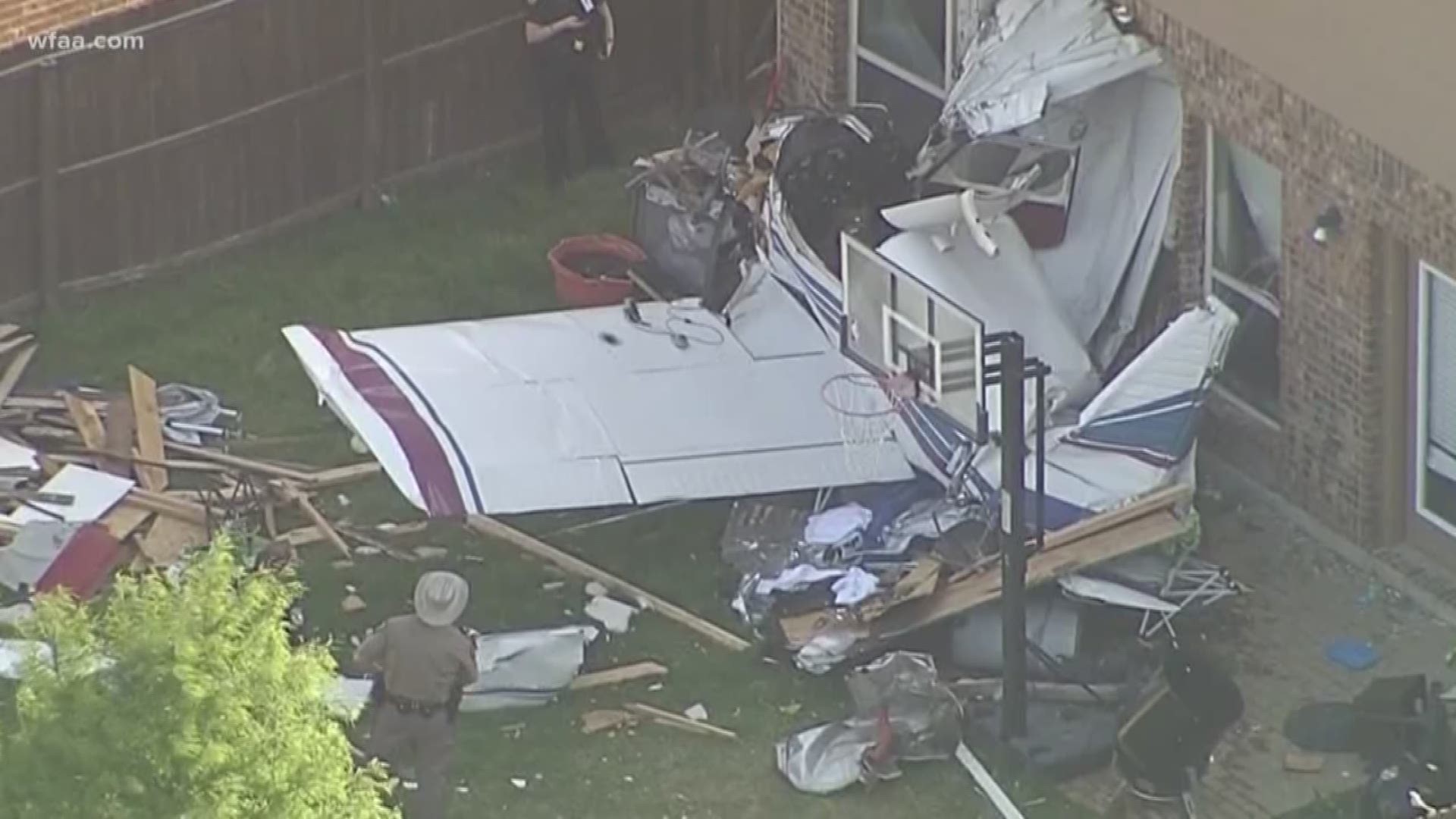 The area around the airport was also the scene of a 2016 crash that left three dead. In that case, a single-engine aircraft was struck by another plane in midair. One of the planes plummeted and crashed onto Custer Road and the other into the parking lot of a Home Depot.

RELATED: Father & son among 3 killed after planes collide over McKinney

But still, Foster said she never thought a crash would happen in her backyard.

"I think you'd be more likely to be struck by lightning than have a plane come through your house," Foster said.

With damage to their home and the FAA and National Transportation Safety Board investigating, the Fosters said they would have to find another place to stay for the night. But Foster and her husband, Marlon, said they're thankful because it could have been much worse. 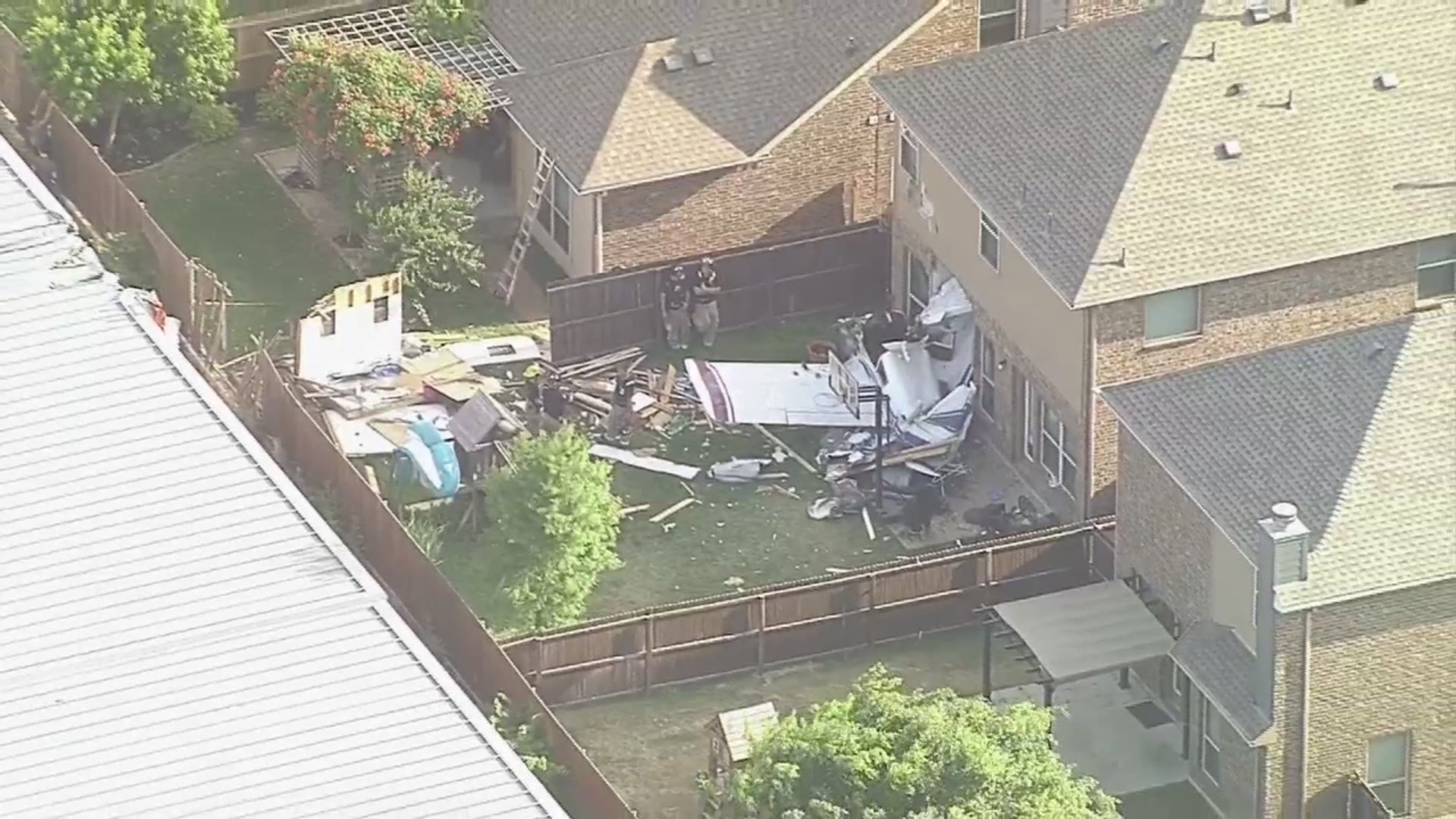