'What you saw publicly is how he was privately.' | Rock Hill man remembers his mentor, Congressman John Lewis.

Dr. Lester McCorn, President of Rock Hill's HBCU Clinton College, was 20 when Lewis invited him and other college students over for Thanksgiving dinner. 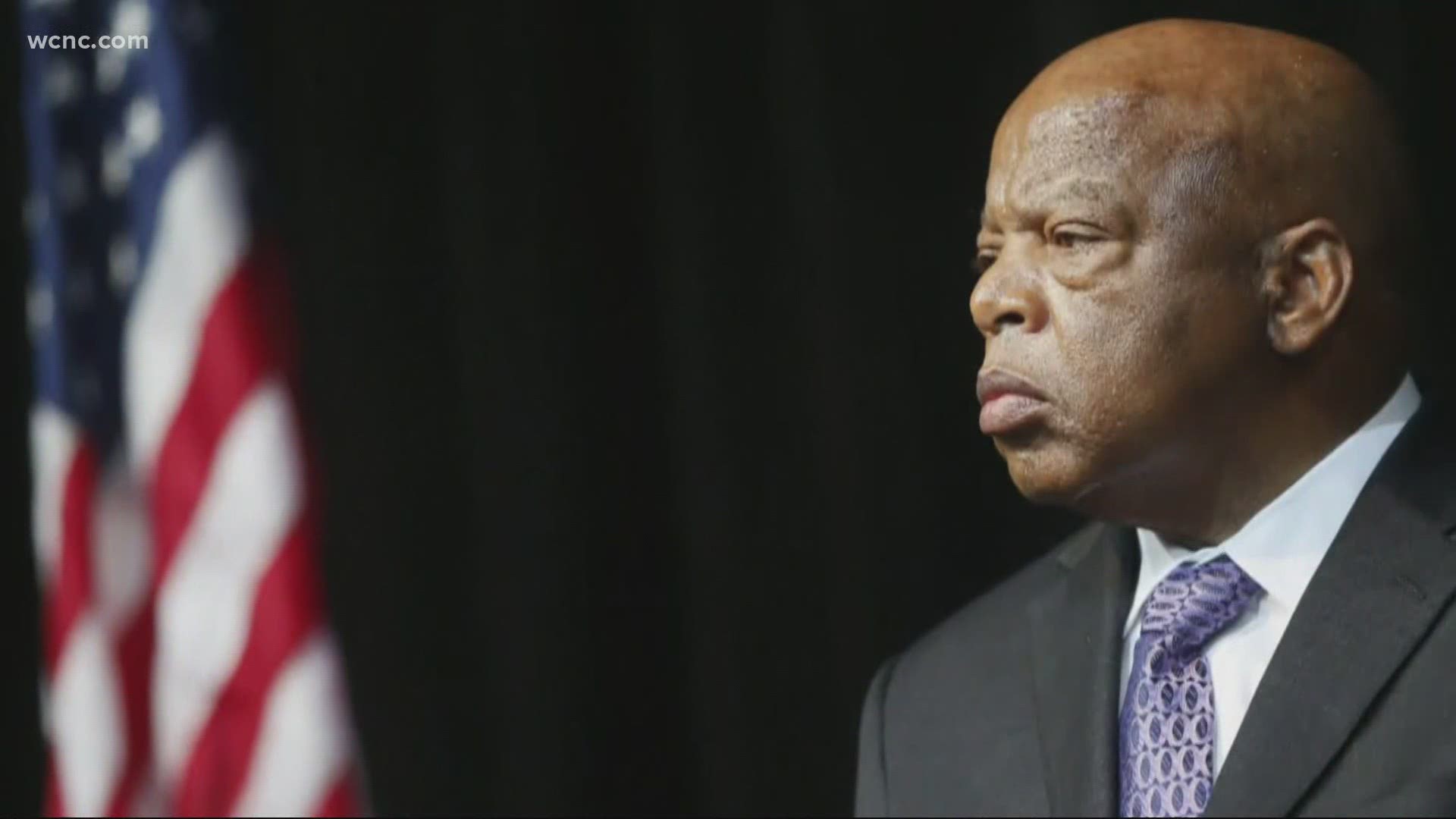 ROCK HILL, S.C. — On the one-year anniversary of the death of Georgia Congressman John Lewis, tributes are pouring in from across the country for the Civil Rights legend.

The president of Rock Hill’s HBCU Clinton College, Lester McCorn, shared that Lewis was a mentor for many years.

“What I can say is that he was consistent,” McCorn said. “What you saw publicly is how he was privately. I mean, he was a person full of integrity, and committed to justice and equality for all people.”

When McCorn was a 20-year-old college student, he was invited by Lewis and his wife, Lillian, to their home for Thanksgiving. McCorn shared with WCNC that the Lewis family often hosted college students.

“He took a special interest in college students, and somehow, I got picked to be one of those students to spend Thanksgiving at his home," McCorn said. "He and his lovely wife, Lillian opened their home to students often, and I was a long way from home."

“There were probably about six or seven of us college students. [They] opened up their home, wonderful dinner, and then just kind of shared with us very openly," he added.

McCorn went on to work on Lewis’ campaign for Congress and was then an intern in Lewis’ office. He was later a pastor in Winder, Georgia, where he says he was inspired by Lewis to speak out against a case of police brutality.

“I was shaking in my boots when I had to stand before the county sheriff, and others, but John Lewis’ spirit just inspired me to do that,” McCorn said.

He said there was one moment that stood out to him as a turning point.

“I will never forget the police chief said to me because he knew of my connection to John Lewis, he said, ‘Oh, I know where you're getting that from. And that's not how we are in this town.’ You know, as if to say, ‘Don't bring that John Lewis stuff here to Barrow County.’ And that was an eye-opener for me," McCorn said. "And it has really been the story of my public life is fighting those systems which are not open to change.”

President Joe Biden also released a statement remembering John Lewis and his work. In that statement, Biden spoke out against new legislation passed in several states that makes it harder to vote. Instead, he asked Congress to pass bills supporting voter rights.

One of those bills is named after John Lewis.

“Days before he died one year ago today, Jill and I spoke with John Lewis for the last time,” Biden said. “He was in those final days as he was throughout his remarkable life – at peace and full of dignity and grace. Instead of answering our concerns for him, he asked us to remain focused on the unfinished work – his life’s work – of healing and uniting this nation.”

“We should be fighting to make voting more accessible, not less accessible,” McCorn said. “This false notion of voting fraud is just amazing, how it's being used for political purposes. Republicans and Democrats and Independents should be fighting for the John Lewis Voting Rights Act, and For The People Act.”

Wake Up Charlotte To Go is a daily news and weather podcast you can listen to so you can start your day with the team at Wake Up Charlotte.
SUBSCRIBE: Apple Podcasts || Spotify || Stitcher || TuneIn || Google Podcasts

All of WCNC Charlotte's podcasts are free and available for both streaming and download. You can listen now on Android, iPhone, Amazon, and other internet-connected devices. Join us from North Carolina, South Carolina, or on the go anywhere.