The toxic blue-green algae has some dog owners concerned about dog safety. 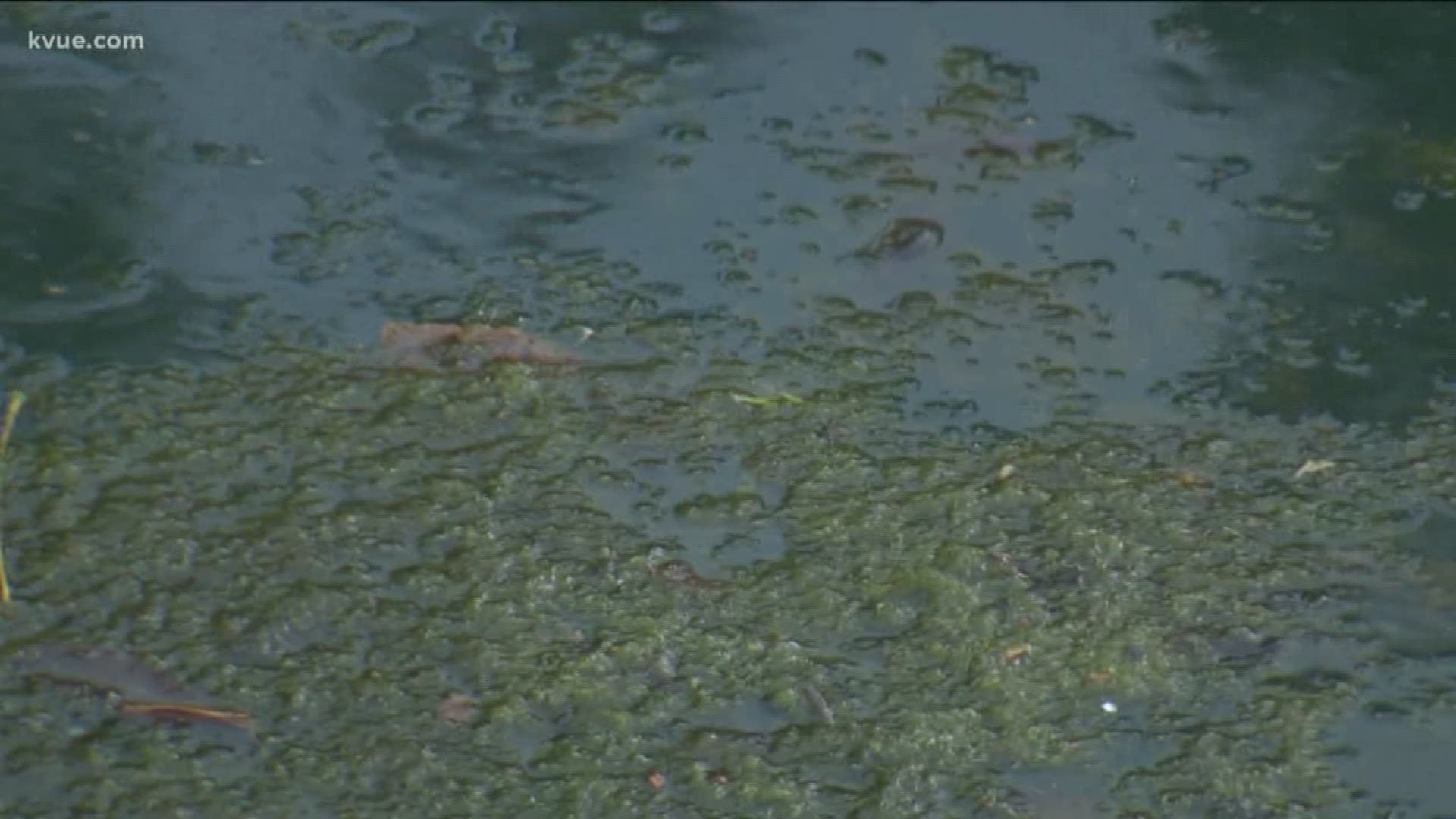 AUSTIN, Texas — After toxic blue-green algae killed dogs in Austin and other states, people are cautious to bring their dogs to the park. But city park rangers said you should be wary of other things too when bringing your pup to the park this summer.

"Make sure your dog's hydrated, drinking plenty of water," said city park ranger Juan Mata, "when they're at the house, when they come out, when they’re running around recreating."

Ivana Escobar owns Benito the dog and she said the reports of blue-green algae still concern her.

"He sporadically will jump in the water," said Escobar. "He’s definitely the type of dog who will disappear and I find him waiting, so it is a little bit unnerving that that's happened."

But the City said as long as your dog stays out of Lady Bird Lake and Barton Creek, where the greatest amounts of neurotoxins have been found, you and your dog should be OK.

Park ranger Mata said other things you should worry about when coming to the park are heat stress and hot pavements.

"It's nice to be aware and know the symptoms. If they're panting excessively, huffing or having mobility issues, those are signs of heat stress. It's time to get your dog out, get them in the shade. Cool them down," said Mata. "It's always a good reminder when they're going out, check the pavement – if it's too hot for you, it's too hot for them. The last thing you want to do is have your dog burn his paws and have an injury while out at the park."

Remember there are other places your dogs can play in safe waters.

Fugitive lived in makeshift bunker for 3 years in Wisconsin