Pflugerville Police Commander Jason O’Malley will begin his service immediately. He has served with the department since July 2020. 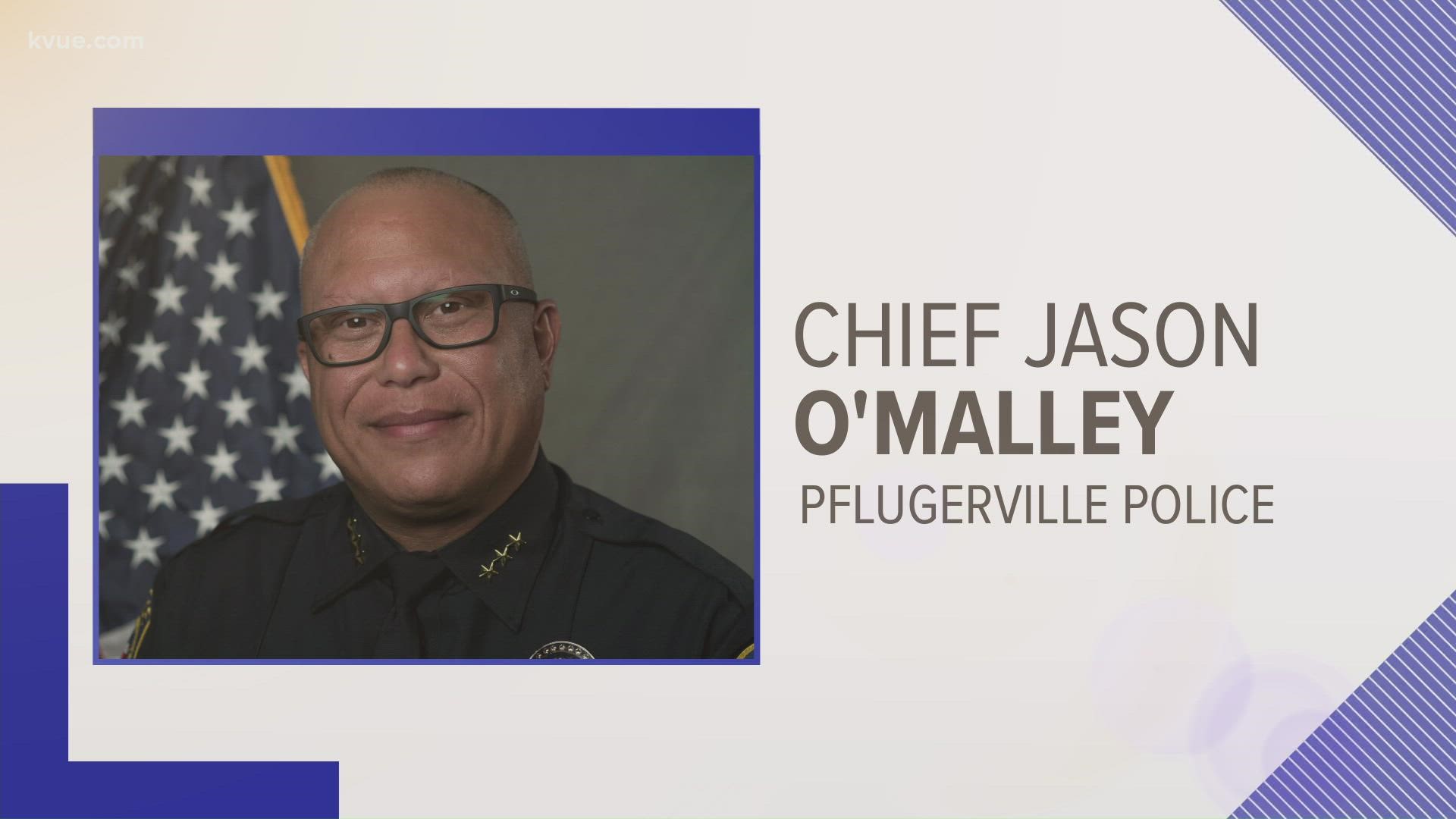 PFLUGERVILLE, Texas — The City of Pflugerville has a new police chief. Pflugerville Police Commander Jason O’Malley will begin his service immediately, according to a press release.

The Pflugerville City Council appointed O’Malley to the position during its meeting on Tuesday, Sept. 14. Over 90 candidates applied for the position, but O’Malley was the “sole finalist that emerged” after the nationwide search.

Former Chief Jessica Robledo retired from the position in February. Assistant Chief Jason Smith has been the acting chief since.

O’Malley has served with the Pflugerville Police Department since July 2020. He has worked in public safety for over 21 years. His previous roles include positions at the Cook County Sheriff’s Office, Federal Bureau of Investigation and U.S. Marshall’s Service.

“His commitment to 21st-century policing, passion for transparency, accountability and community engagement illustrate his capacity to lead the Pflugerville Police Department through the challenges on opportunities of growth,” the release said.

O’Malley graduated from Northwestern University’s School of Police Staff & Command. He is also a member of the International Association of Chiefs of Police, the Texas Police Chiefs Association and the National Asian Peace Officers’ Association.

Chief O'Malley has been with the Pflugerville Police Department since July 2020 as a Commander and was chosen to lead our department after a nationwide search.

Results from a survey sent to community members and department employees revealed “skilled communicator, demonstrated commitment to officer well-being and safety and experience recruiting and retaining quality personnel” were the top-three qualities desired in a candidate.

The City will host a formal swearing-in ceremony for O’Malley “at a later date,” according to the release.