All 165 seniors are featured on banners hung around Napoleon's downtown 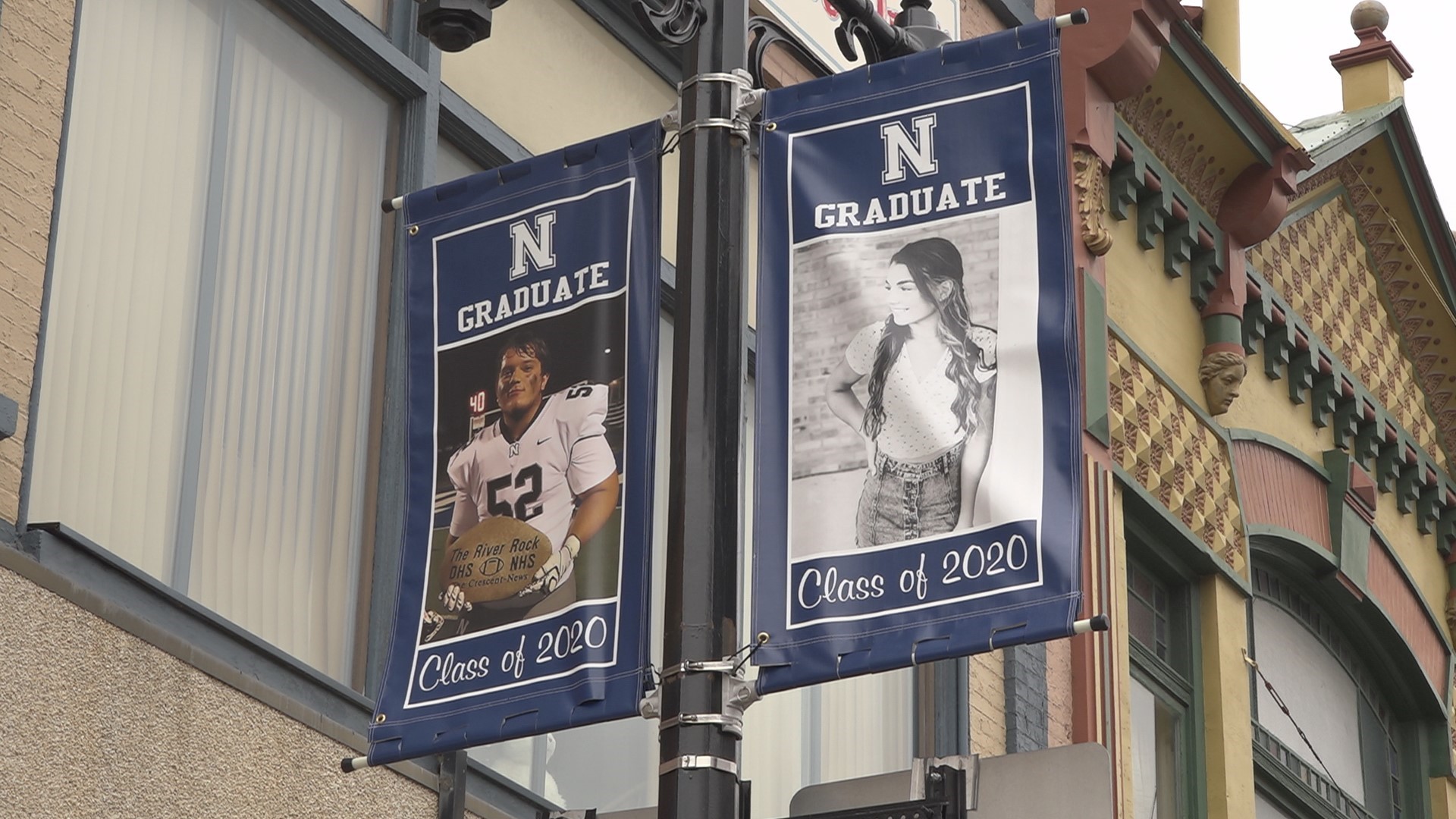 NAPOLEON, Ohio — The City of Napoleon has partnered with local businesses to make sure that their graduating seniors are properly recognized.

All week long, the 165 graduating seniors at Napoleon Area City Schools have come in, one at a time with a handful of family members, to hold a private, individual commencement ceremony.

"We wanted those kids to have the same experiences that their predecessors have had in the past, that all alumni of Napoleon schools have had," said Erik Belcher, superintendent of Napoleon Area City Schools

But that wasn't all.

Last week, the City of Napoleon reached out for donations to print and hang a banner for every senior in downtown.

For the entire summer, the community will see a constant reminder of the recently graduated seniors, and honoring the immense and unique struggle they went through these last three months.

Along with wrapping up the last rounds of personal commencement ceremonies for these 2020 Napoleon seniors, the girls basketball team will also receive a special honor from the City of Napoleon Saturday morning at 9 a.m. in downtown.

RELATED: A glimpse of what returning to school could look like