Kinder Morgan has proposed building a natural gas pipeline that would stretch from West Texas to Katy. 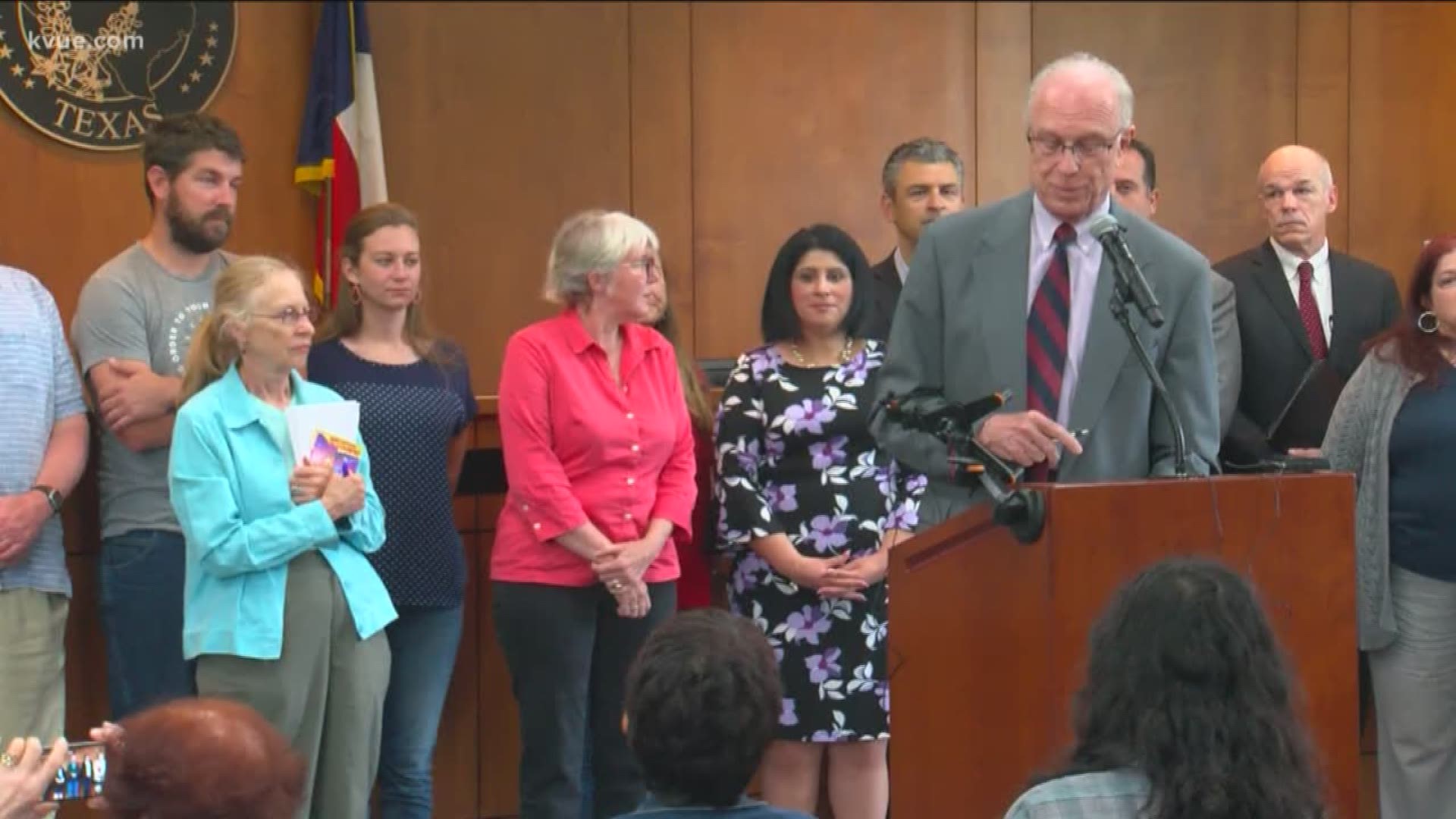 KYLE, Texas — Hays County, the City of Kyle and property owners are going to court to try to stop a gas pipeline proposed on their land.

They filed a lawsuit Monday against Houston-based company Kinder Morgan. It plans to build a natural gas pipeline from the Permian Basin in West Texas to Katy – a Houston suburb.

That pipeline would wind through the Hill Country.

“We don't think it's fair at all,” said Lana Nance, one of the plaintiffs in the lawsuit.

Lana and her husband do not want Kinder Morgan's Permian Highway Pipeline to run underneath.

“They can't come in and just take our land for no good reason,” said Nance.

The Nances annexed their land to the City of Kyle a few years ago. They want to commercially develop more than 300 acres.

“With this pipeline going through here, it may keep us from being able to develop this,” said Nance, pointing to the acres of rolling hills.

The lawsuit asks that condemnation of land for the pipeline stop until the Texas Railroad Commission, the lawsuit alleges, properly oversees pipelines.

The commission regulates production and transportation of oil and natural gas.

“The process in use now for choosing a route for the Kinder Morgan Permian Highway Pipeline is not balanced,” said David Braun, legal counsel for the TREAD Coalition. “The process needs to be improved."

The Texas Real Estate Advocacy and Defense Coalition, or TREAD Coalition, is a local nonprofit that is paying for the lawsuit.

It created an interactive map of the proposed pipeline.

According to TREAD, the suit asks the Railroad Commission be ordered to follow legislative mandates and “adopt administrative rules, policies and practices that provide objective, enforceable standards for the exercise of eminent domain authority” by pipeline companies.

The Railroad Commission said it does not comment on pending lawsuits.

Kinder Morgan tells KVUE it's held hundreds of conferences with landowners and already adjusted the pipeline about 150 times because of landowner concerns.

“We treat all landowners fairly - not by their net worth, not by how big their ranch is,” said Allen Fore, vice president of Public Affairs for Kinder Morgan.

The company said the pipeline is crucial to Texas money and this litigation targets that.

“It's an industry that drives the Texas economy,” said Fore.

Kinder Morgan said it plans to start construction on the pipeline in the fall and finish construction next year.

According to lawyers, a hearing for the case is expected in the next four to six weeks.

Think you’ve spotted a UFO? It could be one of these lenticular clouds