Austin authorizes short-term contracts to ensure trash, recycling will continue to be collected from city facilities

Hundreds of city facilities are currently serviced by Waste Management, but the council voted to not extend it. 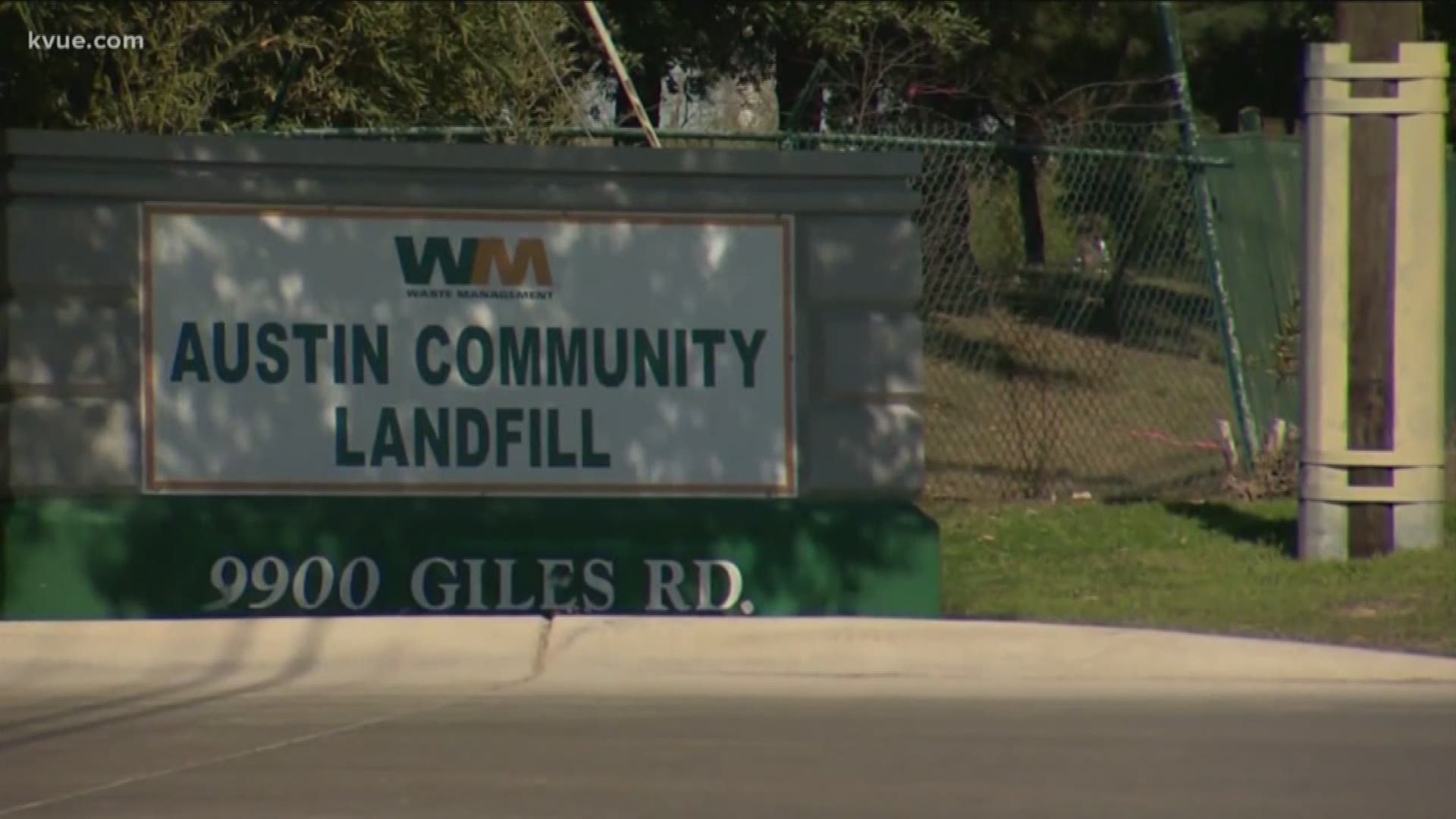 AUSTIN, Texas — On Saturday, Feb. 22, city leaders spent nearly an hour trying to figure out what to do with all the trash from city facilities. Now, two short-term contracts have been authorized to ensure that trash and recycling will continue to be collected from all Austin facilities.

At a city council meeting held on Feb. 20, the council was asked to approve an emergency contract extension with Waste Management. But that would mean trash would go to the Austin Community Landfill in northeast Austin, which the council hasn’t supported for years.

“The people who don't have the opportunity to live in the highest opportunity parts of town are still having to deal with the whole city's trash,” said Councilmember Natasha Harper-Madison, who represents the district where the landfill is located. “I know we have to put our trash somewhere, but we can do it in a way that doesn't compromise people's health and wellness and quality of life.”

The emergency contract was proposed by city staff for up to one year because the City’s current contract expires on Feb. 28. On the same day the contract was set to expire, the City of Austin authorized two short-term contracts that will ensure that trash and recycling will continue to be collected from all City of Austin facilities until a new long-term contract can be authorized by Council, KVUE's Bryce Newberry confirmed.

Both contracts start on Feb. 28 and will continue on a month-to-month basis for up to six months. The City will end the contracts once the city council starts a new long-term contract.

Several people previously spoke out against a contract extension with the Austin Community Landfill, which they claim has been a bad neighbor.

“We urge you to stand with us and forbid any City of Austin facility discards from going to this problem landfill,” said Robin Schneider of Texas Campaign for the Environment. “We want to make it clear that this city does not do business with bad actors.”

Earlier this month, the Texas Commission on Environmental Quality (TCEQ) held a public hearing, where dozens of neighbors urged it not to allow for the transfer station to be built.

Kim Wood, who has lived near the landfill for a few years, spoke out at the TCEQ hearing and the Austin City Council meeting.

“I am very concerned that if the City of Austin does execute any contracts, that that is going to be leverage that Waste Management can then use in order to build this transfer station,” Wood told the city council. “It is terrible as it is, and I don't want to have any reason that Waste Management might use this contract in the future as justification to build a transfer station.”

Councilmember Leslie Pool previously said she was “astonished” the city staff would even put forward this emergency contract request. She chaired a workgroup that determined the City would move away from using the landfill.

Pool said she was disappointed in how the process was handled and the landfill needs to close.

“I cannot believe that we are in this circumstance yet again,” Councilmember Ann Kitchen said. “I was also on the committee that Councilmember Pool headed up, and I don't understand why we're in this situation again, particularly not with any heads-up.”

TCSO searching for suspect who shot at deputies during chase, caused crash