The legal claim follows an incident at Austin-Bergstrom International Airport in April. 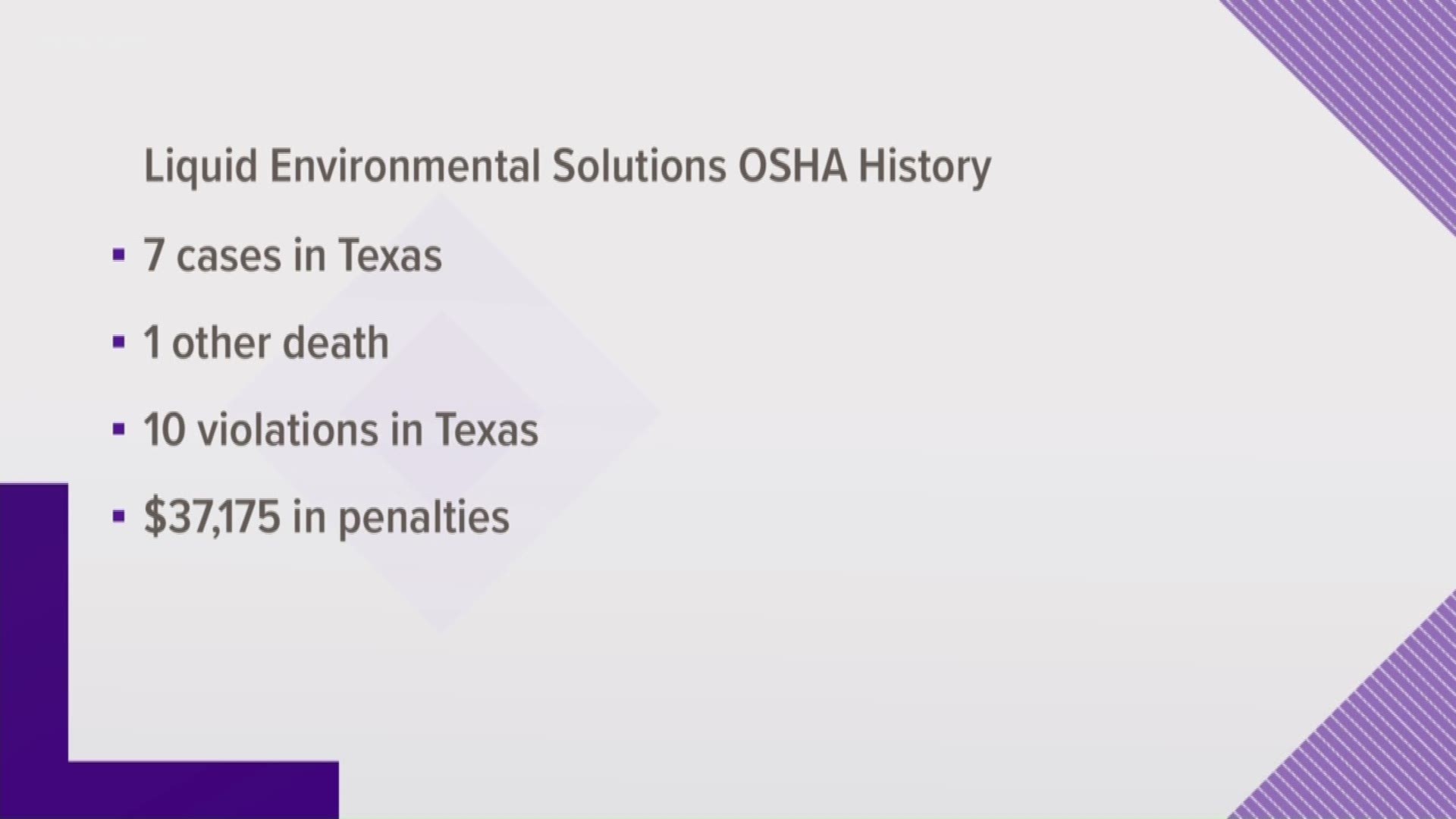 AUSTIN, Texas — The City of Austin has received notice of a legal claim after a man died following an incident involving a grease trap at Austin-Bergstrom International Airport in April. Online records showed this isn't the first time a Texas worker died working for the company the city contracted with.

According to a city memo obtained by KVUE on Wednesday, city leaders received the notice from an attorney representing Lonnie Dearey on June 5. Dearey was critically injured in the incident and later died as a result of his injuries.

In the April 10 incident, two Liquid Environmental Solutions of Texas (LES) employees were serving the airport's grease trap when Dearey was injured. LES is a national company that specializes in grease trap cleaning and waste removal services, which began servicing the airport in 2015.

Both the Austin Fire Department and Austin-Travis County EMS responded that day. ATCEMS reported in April that three men were injured. One of them was found unconscious in cardiac arrest inside the grease trap that was 8- or 10-foot deep.

Want to hang out at Austin's airport? ABIA hopes you will soon

ATCEMS said medics performed resuscitation efforts and regained his pulse. He was transported to South Austin Medical center with critical, life-threatening injuries. The other two patients were transported with less serious injuries.

The memo states that after the incident, the Occupational Safety and Health Administration (OSHA) opened an investigation, which is still ongoing. LES was required by City contract to comply with OSHA, City and local codes, standards, rules and regulations concerning safety. The memo states that although the City is not subject to OSHA enforcement, it is fully cooperating with the investigation.

According to OSHA, in the last 10 years in the state of Texas, there were seven cases opened against LES, which resulted in 10 violations and penalties totaling $37,175.

One of those cases resulted from another death. In that 2014 case, a pressurized tank failed, hitting and killing the worker.

The City currently uses an alternative vendor to service the grease trap. That contractor will provide cleaning and maintenance services until the City Purchasing Office completes a new solicitation process to find alternative grease trap services. That process is expected to be completed by the end of the year.

The City released the following statement in regard to the memo:

“The City of Austin has provided an update on the sad situation involving the death of a contract employee at the airport in April 2019. The Occupational Safety and Health Administration (OSHA) opened an investigation of the City’s contractor that is currently on-going, and while the City is not subject to OSHA regulations and enforcement, we are cooperating fully with the investigation. Due to the ongoing investigation and legal claim, we are not able to provide any additional information at this time.”