A 15-year-old boy turned himself in to police on Sunday for the shooting. 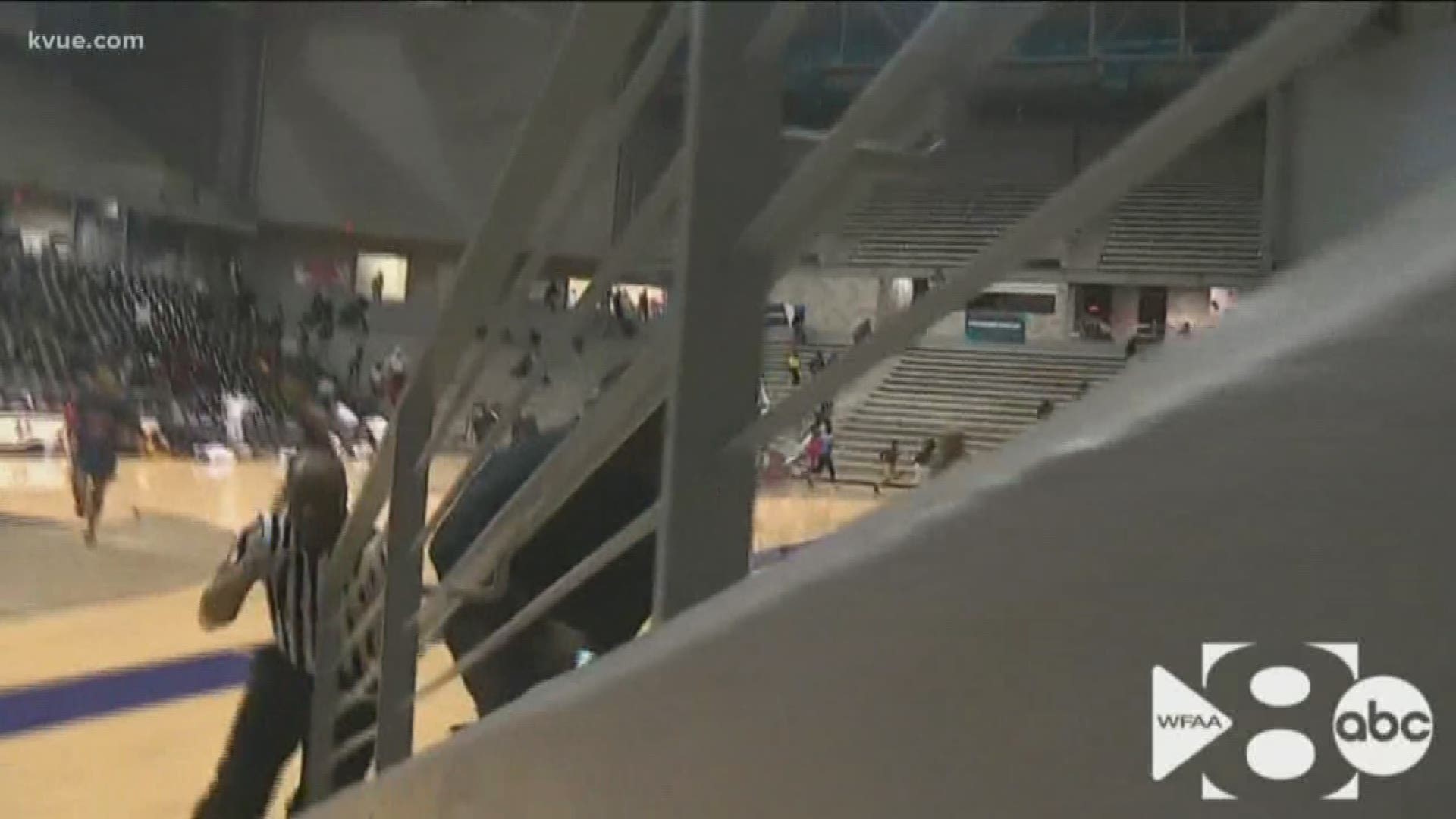 DALLAS — Updated at 6:16 p.m. Sunday with additional information from police.

A teen was rushed to the hospital Saturday night after being shot in the chest by another teen, authorities confirm.

The victim, an 18-year-old, had to undergo surgery and remained in critical condition as of 12:30 a.m. Sunday, police sources told WFAA.

A Dallas ISD officer was transported to the hospital after her back was grazed by shrapnel during the shooting. She is expected to be OK, according to Harris.

A WFAA photographer was inside the game during the shooting and caught the scene on video. The shooting happened late in the third quarter of the game.

In the below raw video, four gunshots can be heard as attendees and players scramble for cover. Multiple police officers can then be seen running around the upper part of the stadium.

Investigators said the incident stemmed from a fight in the stands during the game.

According to a Dallas ISD police source, two teens, both of whom are not enrolled in Dallas ISD, got into a physical altercation before one pulled out a gun and shot the other.

On Sunday, Dallas police announced that a 15-year-old boy had turned himself in in connection to the shooting and has since been arrested on an aggravated assault charge. He has not been named because he is a juvenile.

Two other people involved in the shooting, who were also juveniles, have been identified and have not been charged, police said.

Earlier on Sunday, Dallas police had released several photos of three people they considered to be of interest in the case. Those photos can be seen below.

Credit: Dallas police
Three individuals of interest to Dallas police in the shooting that occurred inside Ellis Davis Field House during a basketball game on Jan. 11, 2020.

This is a developing story and will be updated. For more breaking news coverage, download the all-new WFAA app.