New details have emerged about a young girl who died after a near-drowning earlier this month at a public Cedar Park pool. 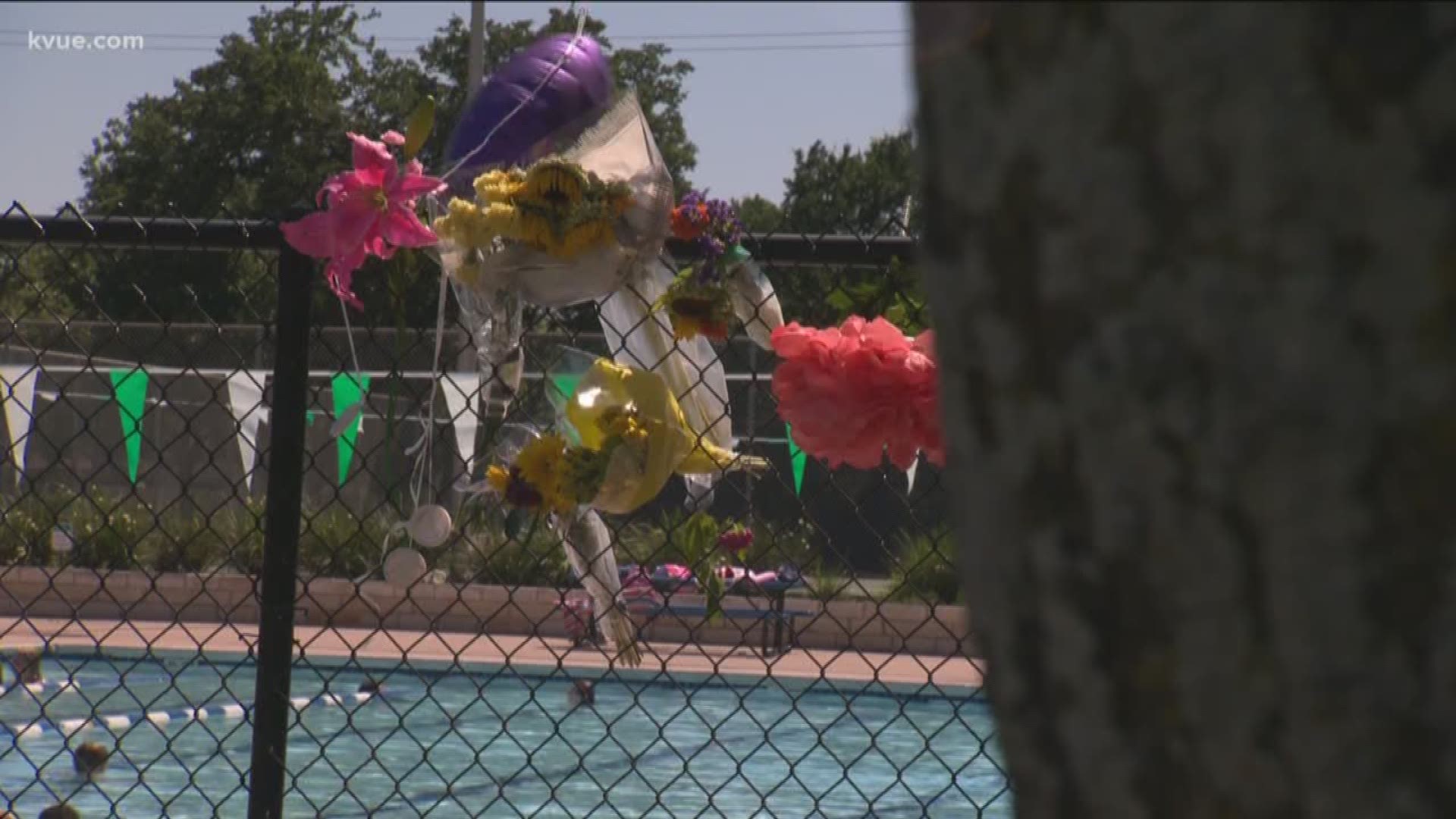 CEDAR PARK, Texas — New details have emerged about a young girl who died after a near-drowning earlier this month at a public Cedar Park pool.

The child was at the pool with the High Hopes Camp. On Saturday KVUE learned that camp had more kids on the field trip than it was supposed to.

According to Health and Human Services compliance history, High Hopes Camp had 112 kids in its care on the field trip, but its licensed capacity is 110 kids.

KVUE reached out to the camp director, who had no comment.

According to officials, the Cedar Park fire and police departments responded to a "serious water-related" incident at Buttercup Pool on Tuesday, June 4 just before 3 p.m., in which a child was transported by Williamson County EMS to the hospital.

Cedar Park officials are not releasing the name of the child who died at this time.

City officials said the pool was staffed and open to the public when it occurred. According to the Cedar Park Police Department, four certified lifeguards were on duty at the time of the incident. Between 130 and 140 people were at the pool during this time as well, which is under the city's max occupancy limit of 200, according to Cedar Park police. 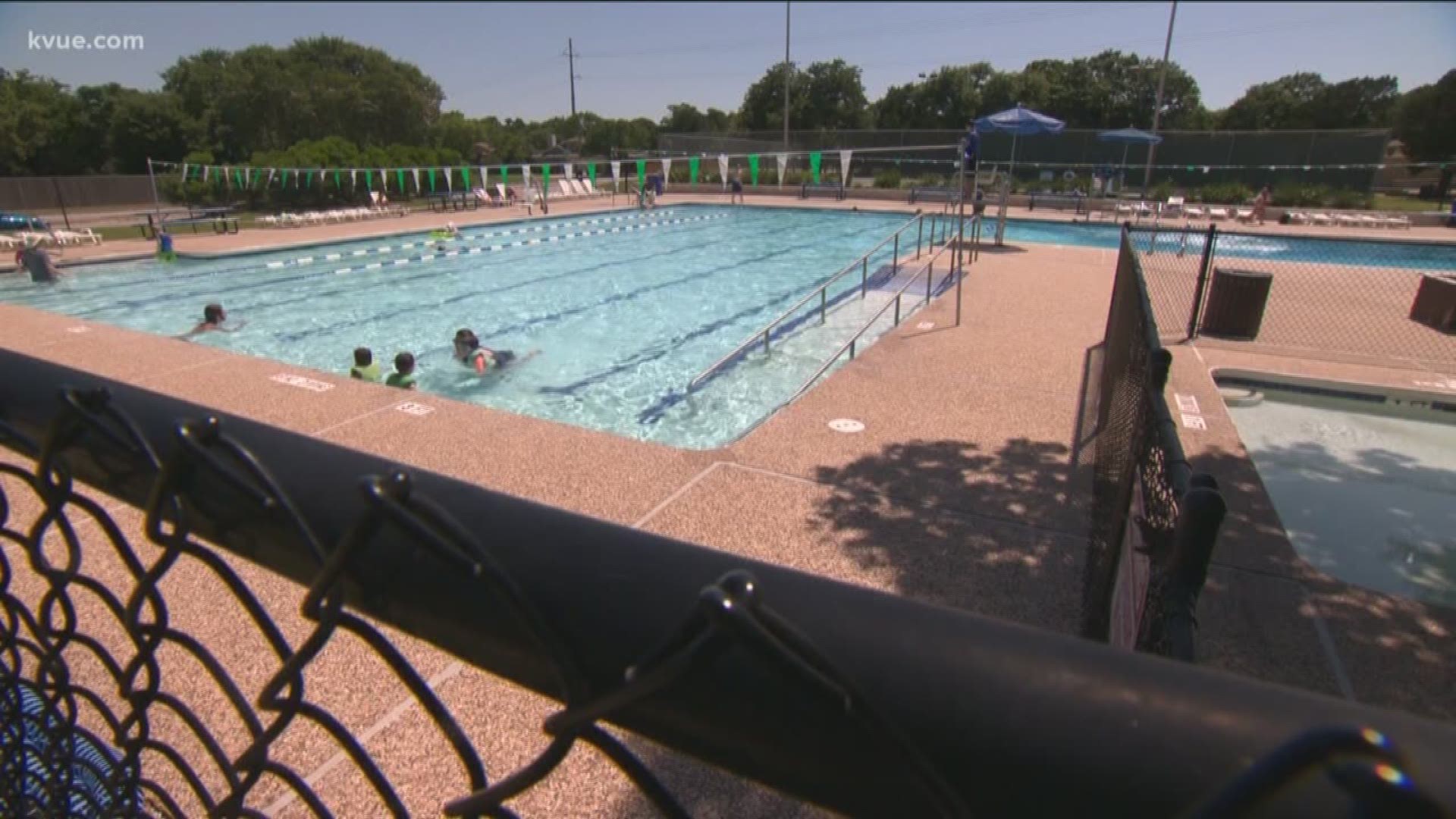 Then on Saturday, June 8, for the first time since the incident, the pool re-opened. The main difference was the number of people to lifeguards, just a fraction of the 130-140, and only one fewer lifeguard.

For some parents there that day, they said they felt very safe.

"I watched the lifeguards today they did a fantastic job," said Nate Echelberger, a father of four who was at the pool. "They're really conscientious and doing a great job and, as a dad, I'm watching my own kids."

The circumstances surrounding this incident remain under investigation.

A retired paramedic said they jumped the pool's fence to help out, he says he assisted the lifeguards with CPR.

"It wasn't that I wanted to go in and take over or anything like that, I wanted to help in any way possible," said Rusty Jennings. "It was just a matter of seconds."

Jennings also started the memorial that was placed on the fence. It was a chance to honor the little girl.

"I just really want the family to know we're thinking about them," he said.

Witnesses on scene said a summer camp was getting to the pool for their first day of the season when the child almost drowned.

"She said it went up to her chin and then it went over her chin," said Jenna King, whose 5-year-old daughter said she saw it happen. "Yeah, I kept my kids home today. They were pretty shaken by what they saw. They saw quite a bit."

King's kids and the child who died were all attending the High Hopes Summer Camp, a faith-based sports camp in Cedar Park.

In a statement, Ryan Campbell, the president of the camp, said, "We are extremely focused on reviewing our safety procedures in general and this incident in detail. While this review takes place, we are limiting our activities to our primary campus."

Cedar Park police said all summer camp providers fill out a form and schedule with the city ahead of time so that officials can ensure "appropriate lifeguard staffing levels."

"On the form, the childcare providers must indicate the date and time they are planning to attend the pool, the number of children and the number of adult chaperones, and agree to abide by the city’s pool rules," CPD said.

The Department of Family and Protective Services says it has launched an investigation into High Hopes and Afterschool. Here is a statement from the DFPS:

"High Hopes Sports & Afterschool is a licensed school age program and received its full permit to operate on July 28, 2014. The last monitoring inspection was conducted on March 26, 2019, with no deficiencies. HHSC has cited the operation for two deficiencies in the last two-year monitoring period. One was for a background check renewal and the other was for a fire extinguisher in a vehicle that was not mounted. HHSC provided technical assistance in correcting the background check renewal.

Background: If there are allegations of abuse or neglect at a child care operation, DFPS conducts the abuse/neglect investigations. They then communicate Minimum Standards violations or concerns to HHSC – HHSC is the licensing/regulatory entity – and we determine whether the operation complied with Minimum Standards and take regulatory action as warranted."

The camp also released a statement:

"Our hearts are broken for this family and our church family is engaged in prayer for them. We are actively communicating with the parents of the children in our care regarding this incident. We are cooperating with the relevant authorities in their investigations. We have been working with Williamson County Emergency Services to provide counseling on site to support children and staff. We are also working with local service providers to offer counseling to our families."

Police ask anyone with more information to call (512) 260-4816. Officials also ask the public to refrain from posting third-party information on social media out of respect for the family.

WATCH: Pool safety during the summer