The driver, identified as 39-year-old Angela Smith, told investigators she didn't stop because she had a suspended license. 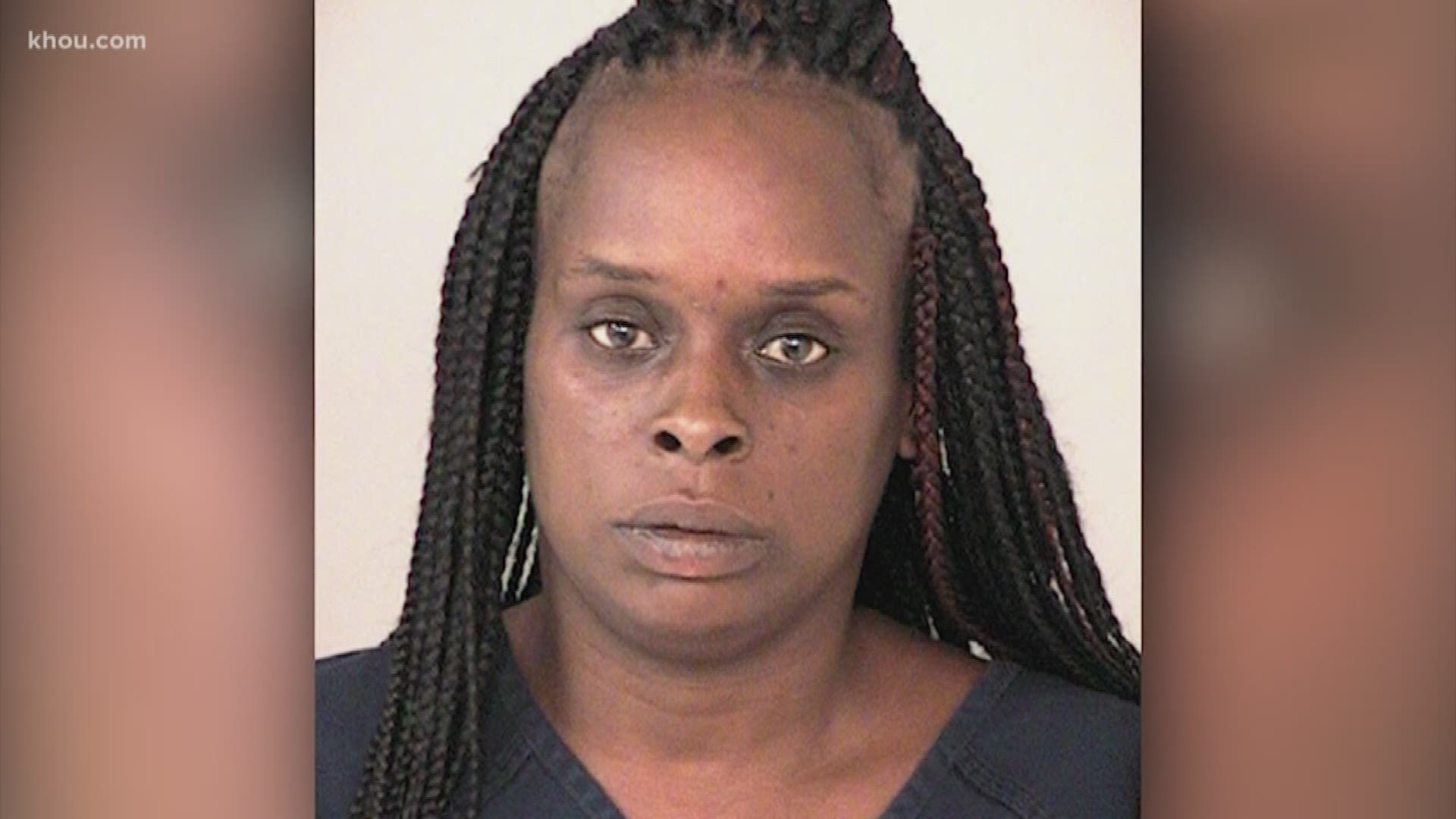 FORT BEND COUNTY, Texas — Investigators have upgraded charges for a woman they say was behind the wheel in a hit-and-run that killed an 8-year-old Thursday evening.

Her total bond is now at $140,000 with both charges. She is currently at the Fort Bend County Jail.

Deputies said Smith admitted to hitting something, but kept going because she has a suspended license.

Nehls says Smith was behind the wheel of a gray Nissan Altima that was found Friday at Eastwood Park at Belfort and South Bank in southeast Houston. Footage from Air 11 shows damage to the windshield and a large dent in the hood.

Thursday's crash happened at Bissonnet and Hodges Bend near Sugar Land. Nehls said the girl was with two other children when she was struck by Smith's car.

"This girl wasn't crossing the street on her own. She had siblings with her and that car just missed the other two siblings," said Nehls. "God was looking out for the other two."

When the little girl was taken to the hospital, she had a pulse, but wasn't breathing on her own.

On Saturday, the Fort Bend County Sheriff's Office reported she had passed away.

"We’re heartbroken to report the 8-year-old girl struck on Thursday passed away. It’s been a difficult 48 hours for our Fort Bend County families and responders." the sheriff's office tweeted.