According to a study by the Ruderman Family Foundation, more police officers died by suicide in 2017 than in the line of duty. 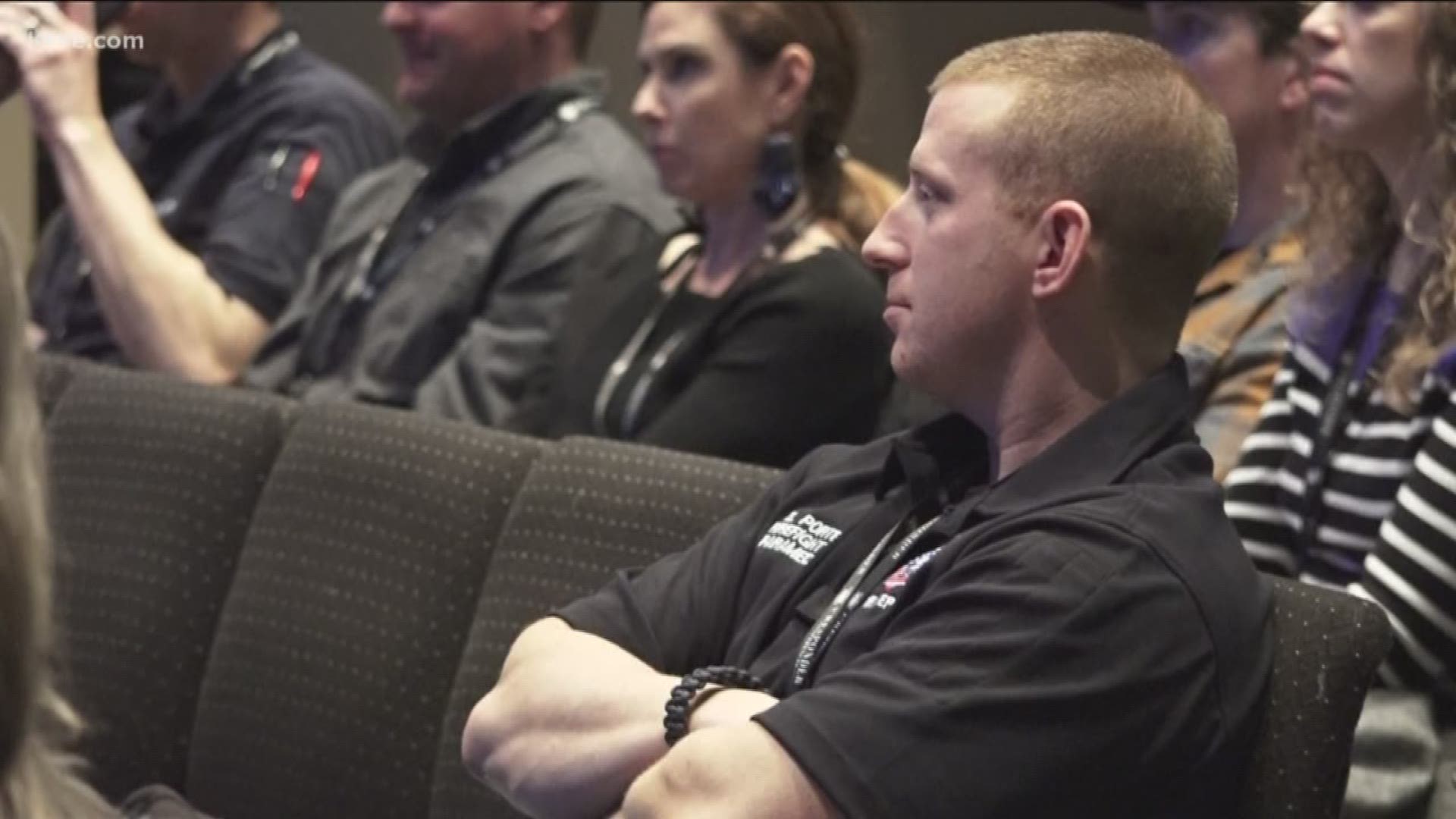 CEDAR PARK, Texas — Being a police officer can be tough. The hard work can lead to struggles with mental health.

Central Texas officers came together Thursday morning to attend a program on mental health put on by the Cedar Park Police Department.

"Just remember, you're not alone and you're not the only one" Cedar Park Officer Keco Motton said.

Officer Motton knows how important monitoring mental health can be while working as a patrol officer. After coming back from the military, he said his mental health was getting worse.

But he's not alone.

RELATED: More first responders died by suicide than died on duty in 2017

"We have to be the superheros," Javier Bustos said.

"We're expected to show up and expect to leave with no mental trauma, but we do," he said.

Bustos says first responders can be afraid to seek help because they don't want to seem weak.

"When you're on the scene, you're going to see some really sad stuff," Bustos said. "It's important to talk to your family and talk to your peer support group about it."

RELATED: Georgetown woman talks about the loss of her brother, a police officer who committed suicide

"Every day is completely different than the day before," Wellman said. "When you hear the emotion over the phone, that's what really gets to me."

"You have to reach out," Officer Motton said. "It takes a team to help you, and you have to be willing to accept the help."