Several breweries in Central Texas, and more than 1,400 across the nation, are planning to sell a special brew to help benefit those impacted by the Camp Fire. 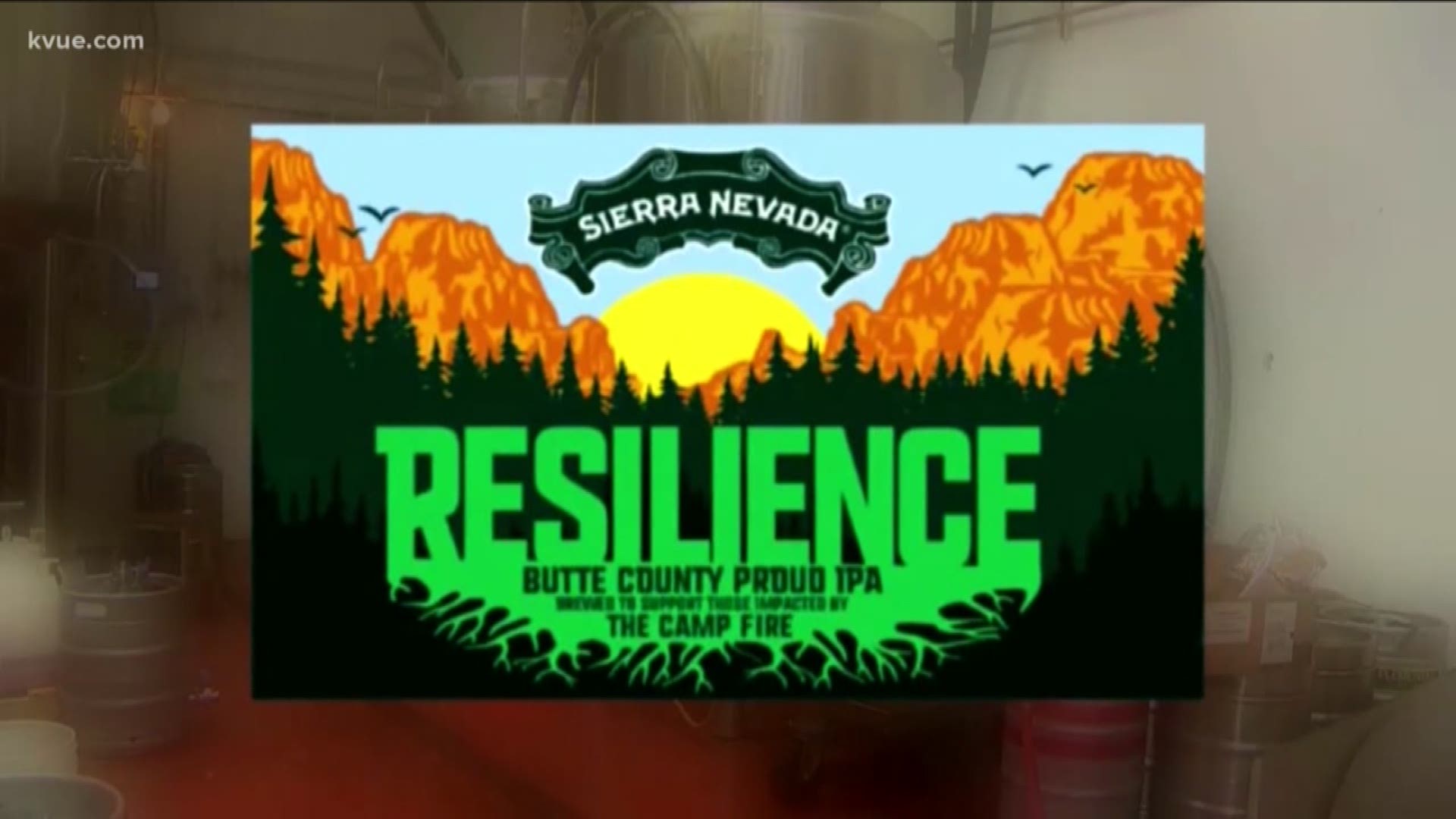 AUSTIN — As many are still reeling from the after-effects of the Camp Fire, the deadliest wildfire in California's history, beer makers across the nation are now brewing up something special for its victims.

Days after the fire, Sierra Nevada Brewing Company announced plans to brew its Resilience Butte County Proud IPA, a special fundraiser beer to aid in Camp Fire relief. In addition to a commitment to brew the beer and donate 100 percent of sales to the Sierra Nevada Camp Fire Relief Fund, Sierra Nevada also sent out a call for help, asking every brewery in the country to join in.

"We sent out the 'bat signal' calling our friends in the industry, asking our suppliers to donate ingredients, asking other breweries (our competitors) to donate their time and labor costs, and asking our wholesalers and retailers to carry the beer for free," Sierra Nevada writes. "It was a big ask, and we never could have anticipated the response."

They said more than 1,400 breweries agreed to brew Resilience, and Sierra Nevada suppliers donated ingredients to all of them. Wholesalers and retailers also agreed to carry the beer and donate every dollar they receive in proceeds.

The special IPA is expected to hit the market in mid or late December, more than 17,000 barrels or 4.2 million pints.

Here are the breweries in Central Texas where you will be able to find Resilience: