The census data also shows that Central Texas is getting older and more diverse. 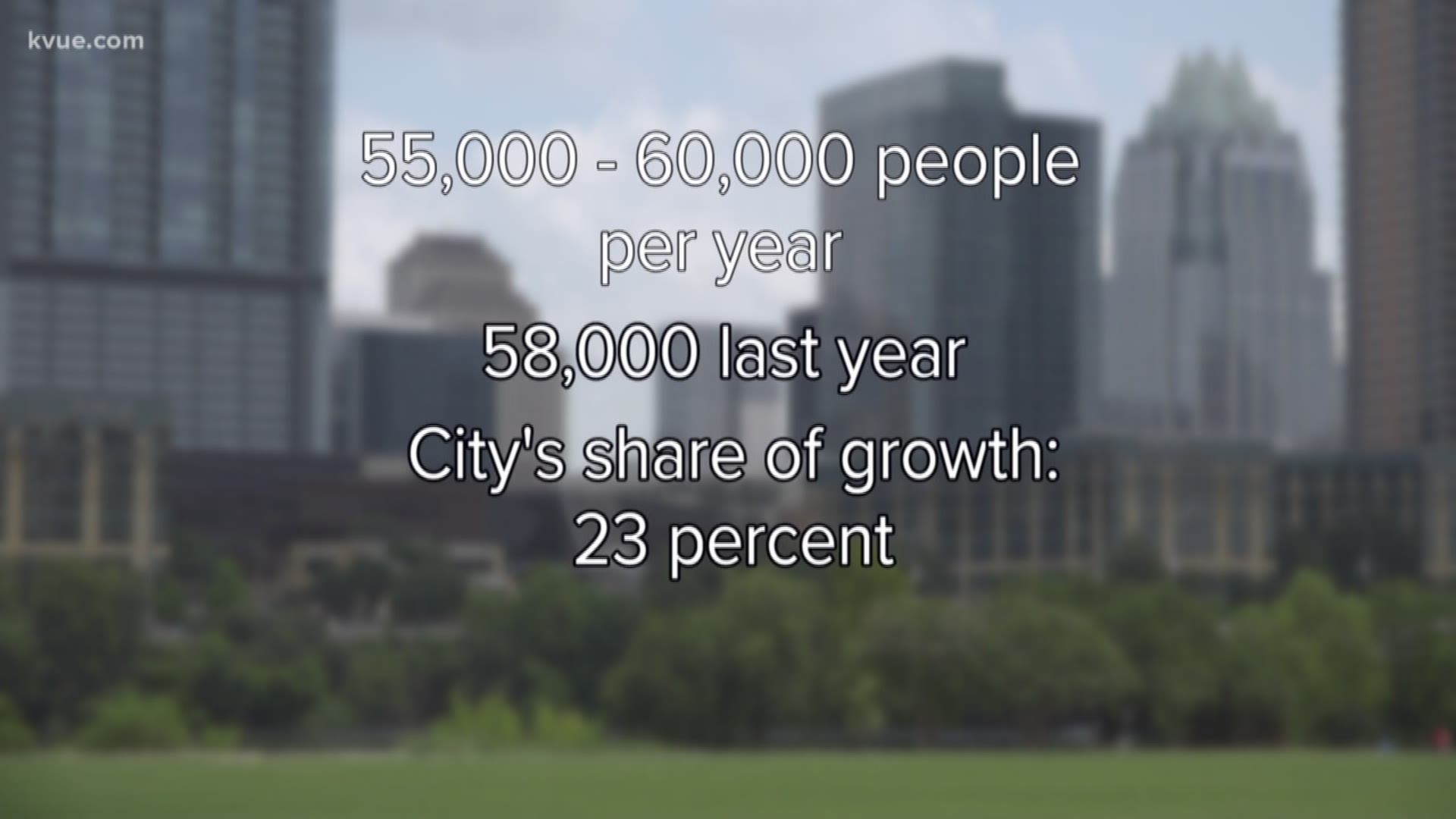 Data shows Central Texas is getting older and more diverse. It also shows the City of Austin is not growing as fast as its surrounding cities.

While the Austin area remains younger than the rest of the country as a whole, Travis County is getting older, up from a median age of 32 in 2010 to 34 last year.

That is similar to the national trend, which went from 37 to 38 over the same time.

City demographer Ryan Robinson said it is not so much that people here are aging, but that thousands of older people are moving in.

According to Robinson, population growth in our metropolitan area in general is significant. He said metropolitan Austin gains anywhere from 55,000 to 60,000 people a year. Last year it was 58,000. The city's portion of that growth was 23 percent last year – the lowest share ever for the city.

"The bottom line is, the vast majority of growth in Central Texas is now occurring outside of the city,” Robinson said. “That is a direct function of the fact that our housing within the city is much more expensive than it used to be.”

As for diversity, Robinson said the share of the total population that is not white has increased in every county in our area.

These statistics are estimates, so they are indicators of what is to come when the numbers really do count in the 2020 census.

It only comes around once every 10 years, but the demographer says $675 billion is passed out each year to cities and counties based on that count.