He is currently facing a lawsuit from Greg Kelley. 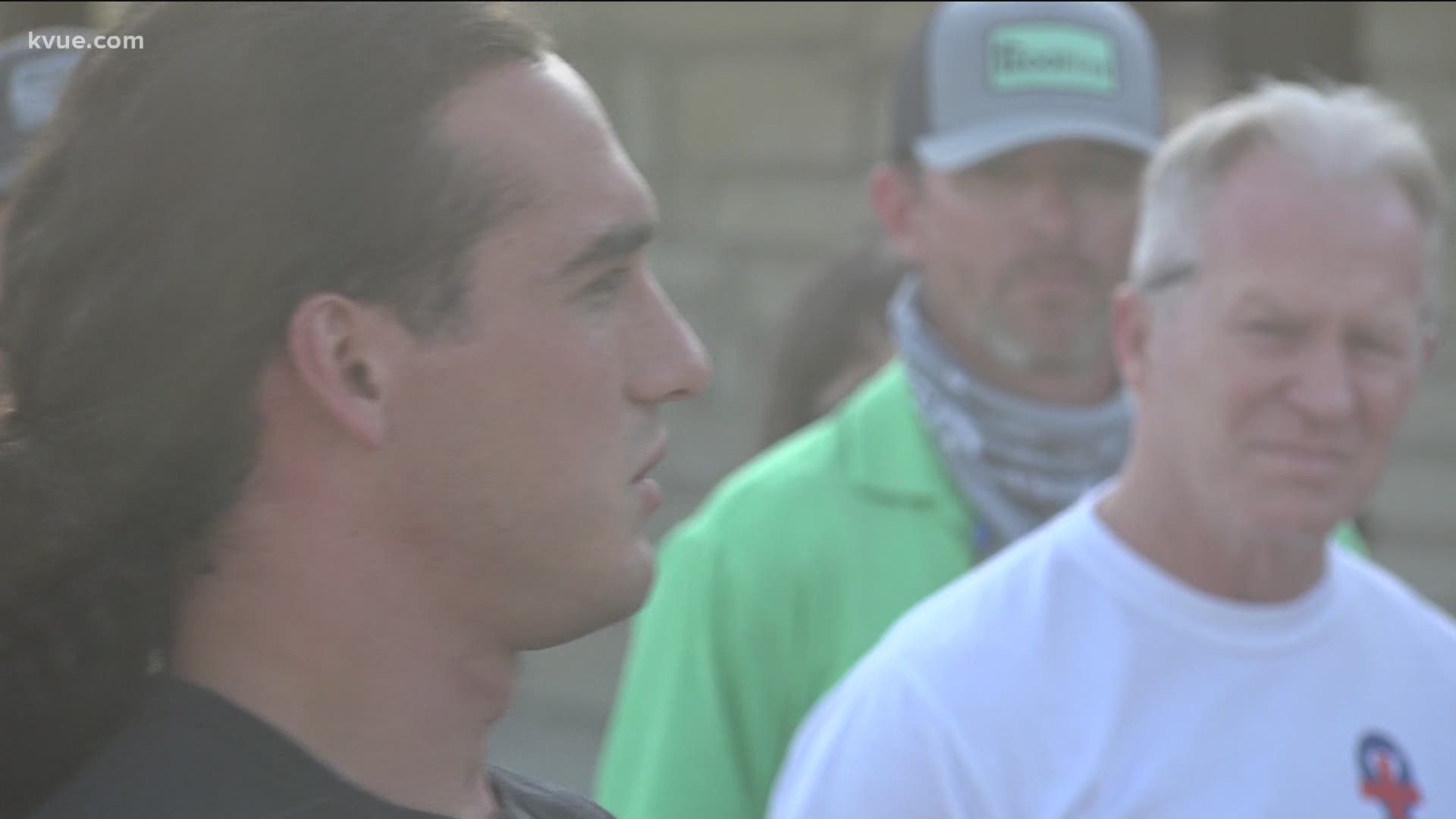 BURNET, Texas — Just hours before Sean Mannix was set to be sworn in as Burnet police chief, the former Cedar Park chief of police has withdrawn from the new position, a City of Burnet official confirmed to KVUE.

Mannix was set to be sworn in as Burnet police chief on July 13 as Kelley supporters were planning to protest outside the city hall. David Vaughn, the Burnet City Manager, confirmed to KVUE's Mike Marut that Mannix withdrew from the new position that morning.

Mannix told KVUE his decision to withdraw was a personal decision.

Greg Kelley speaking now, saying this story is no longer about him. It’s about others in his situation and protecting other towns from what happened to him. @KVUE pic.twitter.com/w9qDFKHDON

This comes after Mannix decided in January to retire from the Cedar Park Police Department.

Vaughn said in an email the search will restart with the three other finalists who were candidates for the job alongside Mannix. Vaughn added the search could take just a few weeks, or as long as a few months if the City decides to post the job opening again.

While Mannix said he is expected to make a full recovery from an unspecified cancer, he said the experience with the treatment factored into his decision to retire as police chief in Cedar Park. He retired in January after seven years with the Cedar Park Police Department.

Kelley's supporters at Monday's protest called it a celebration after hearing the news that Mannix withdrew. While Kelley did not do any interviews, he spoke to the crowd.

"We wanted to make sure that this guy did not come right next door to y'all's town, because I know you love your town like we love ours, and do this to somebody else," Kelley said to the crowd.

A few dozen people showed up to protest Mannix taking the job at Burnet PD. One protester learned about Mannix slated to become the next chief after watching an episode of "Outcry," the documentary series on Showtime detailing Kelley's conviction and exoneration.

"[Hearing he would be chief] made me angry, made me sad, made me confused," Molly Shelton said. "It was like every emotion you feel while watching the 'Outcry' documentary came back up. ... to feel that to my core. I couldn't let it happen."

Kelley was convicted of sexual assault of a child and sentenced to 25 years in prison in 2014. Kelley was fully exonerated in 2019 after new evidence presented two years earlier showed that someone else was responsible for the crime. In May 2020, Kelley filed the lawsuit against the City of Cedar Park, Mannix and Christopher Dailey, the lead investigator in the case. Dailey resigned on July 9.

As Texas morgues fill up, refrigerator trucks are on the way in several counties