Police said the man presented himself with what appeared to be an assault-style rifle. 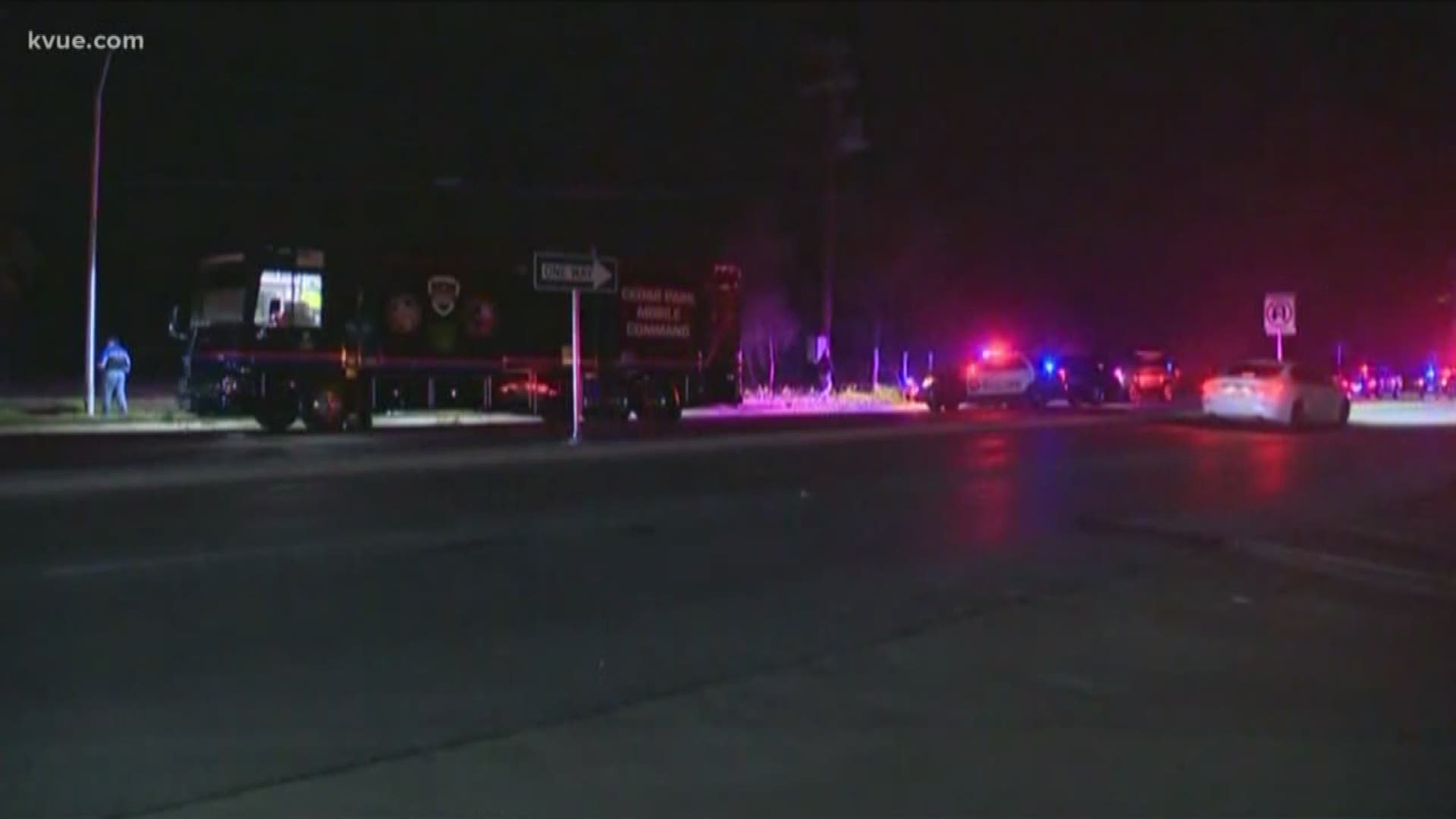 CEDAR PARK, Texas — Two officers in the Cedar Park Police Department are on administrative leave after shooting a man overnight.

According to police, the man called them around midnight and threatened to shoot at cars and drivers going by at Whitestone Boulevard and US 183. Cedar Park police later identified that man as John Marcus Perry, 47.

When officers arrived, they reportedly found Perry in a wooded area nearby.

"He presented himself with what appeared to be an assault-style rifle," police said. "Officers responded to the threat and shots were fired."

Perry was taken to the hospital, but no officers were hurt during this shooting. Cedar Park police said Perry is in police custody and in stable condition.

Records show Perry has previously been arrested for terroristic threats and assault charges.

The two officers who shot him will be on administrative leave during the investigation. The Texas Rangers are assisting in this investigation.