On July 22, Tim Kelly made a Facebook post calling teachers "leeches" and saying they should be fired if they don't return to campuses. 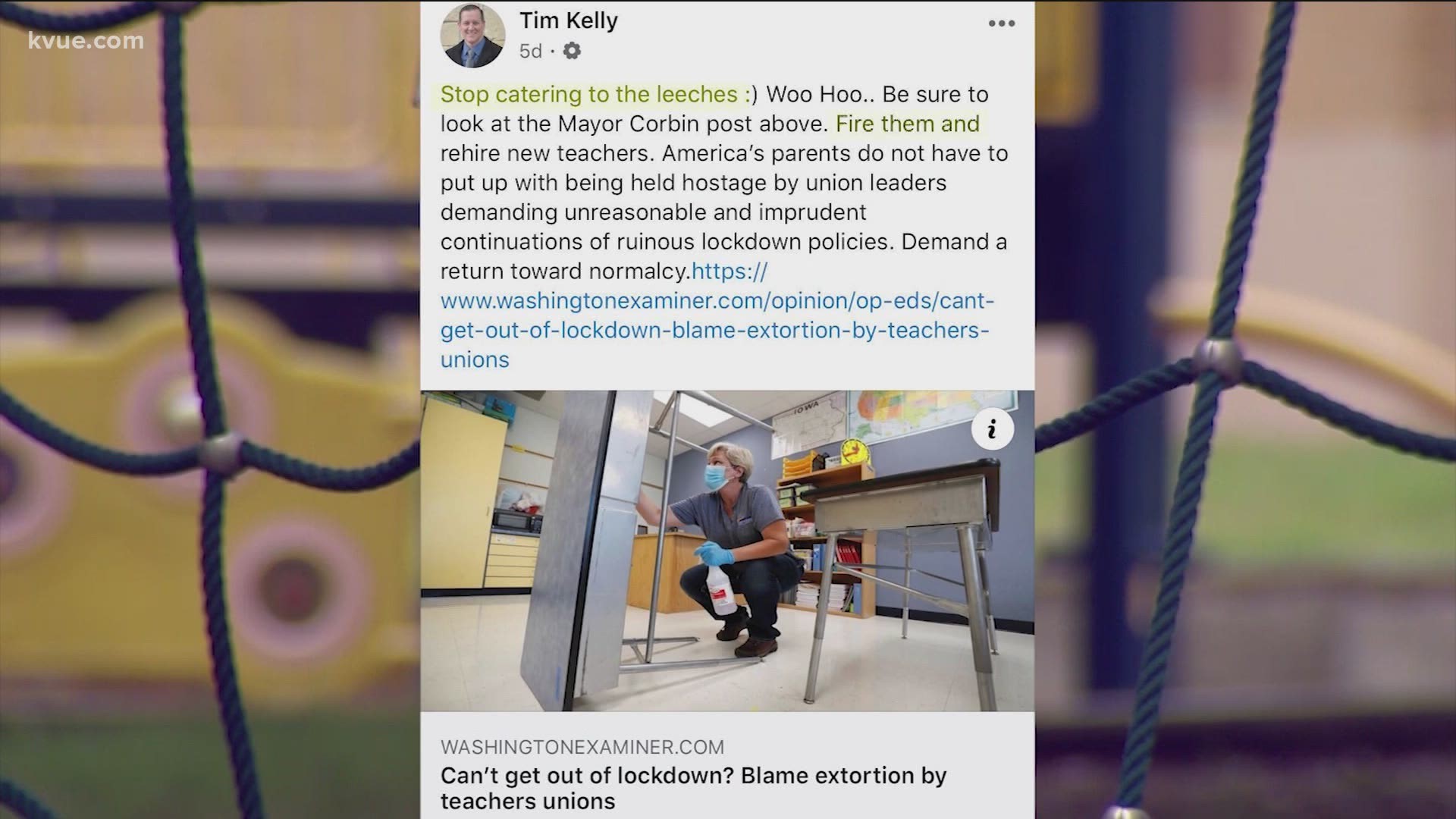 CEDAR PARK, Texas — The Cedar Park City Council has voted to censure one of its members after he made a Facebook post calling teachers "leeches," sparking outrage among educators.

A meeting was held Thursday night to discuss Councilmember Tim Kelly's comments. In the post, Kelly wrote, "Stop catering to the leeches ... Fire them and rehire new teachers." The post was attached to an opinion article discussing plans to reopen schools during the coronavirus pandemic.

Kelly later said his post was in regard to the leaders of teachers unions in other states and was not related to teachers in his community.

The city counciI voted 4 to 3 to censure Kelly, stating he violated the values, rules and goals of the council.

Before the vote, several teachers spoke to the council and Kelly directly about his comments.

"We're all human and deserve to be treated with respect and civility. It's disheartening to see that prominent and local members of our City leadership choose to speak ill of those they do not agree with instead of simply treating them as human beings with the esteem they deserve," one speaker said. "Mr. Kelly, plain and simply, is a troll."

"In my six years on the council, the most people I remember signing [up] to speak is about 20. We've had four times that amount tonight," Arsdale said at the meeting.

The censure is a formality and doesn't come with any punishment.