A survey based on CDC data stated that Texas had the most drowning fatalities involving children in 2018, matching the number of deaths in Florida. 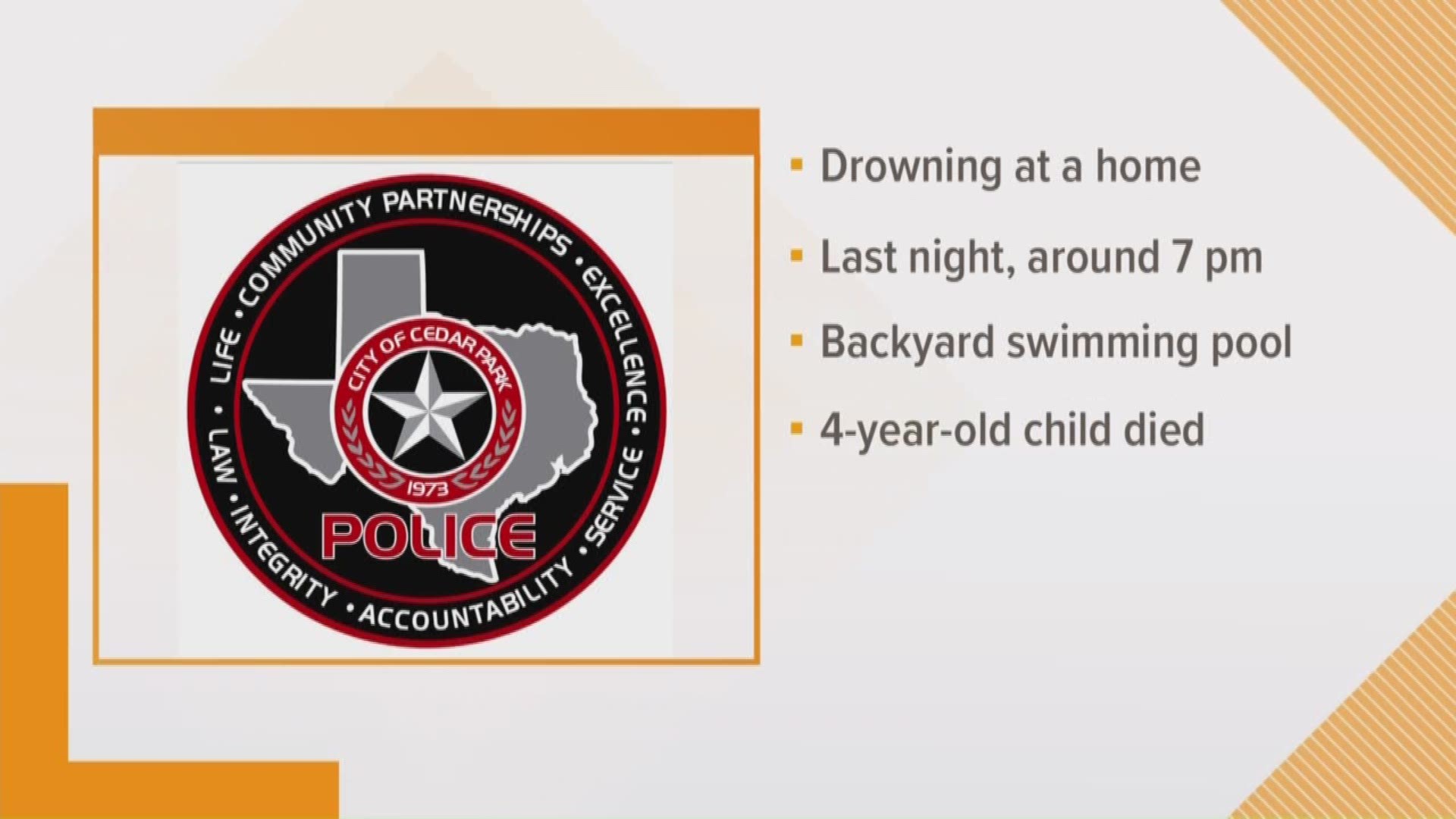 On Monday, police said that after investigating at the home off Turkey Path Bend, they have found that it appears to be an accidental situation and no charges will be filed.

There is no additional information available at this time.

Even though summer is over, it is important to keep safety in mind when children are around water. Officials say to always have multiple people keeping an eye on kids when they are swimming, but also monitor children when they are in the bathtub and even around shallower sources of water.

A survey based on Centers for Disease Control and Prevention data conducted earlier this year stated that Texas had the most drowning fatalities involving children in 2018, matching the number of deaths in Florida.

Texas has the most pool fatalities involving children, survey says

Report: Fatal child drownings in Texas up 34 percent in 2018

In June, when KVUE reported on the number of child drownings that had occurred in the area in 2019 at that point, Austin-Travis County EMS (ATCEMS) Captain Randy Chhabra said that ATCEMS encourages the "Safer 3" approach to prevent child drownings: safer water, safer kids and safer response.

"Safer water" means using barriers of protection such as fences, alarms and pool covers. "Safer kids" means getting kids into swim lessons and making sure they are always supervised by an undistracted adult within arm's reach who is dedicated to watching them in the water and that they are wearing "Coast Guard-approved floatation." And "safer response" means families should have a plan whenever they are going to be in or around the water, and caregivers should be CPR trained.