After the shooting, the Texas DPS later found the suspect driving in Leander and arrested him. 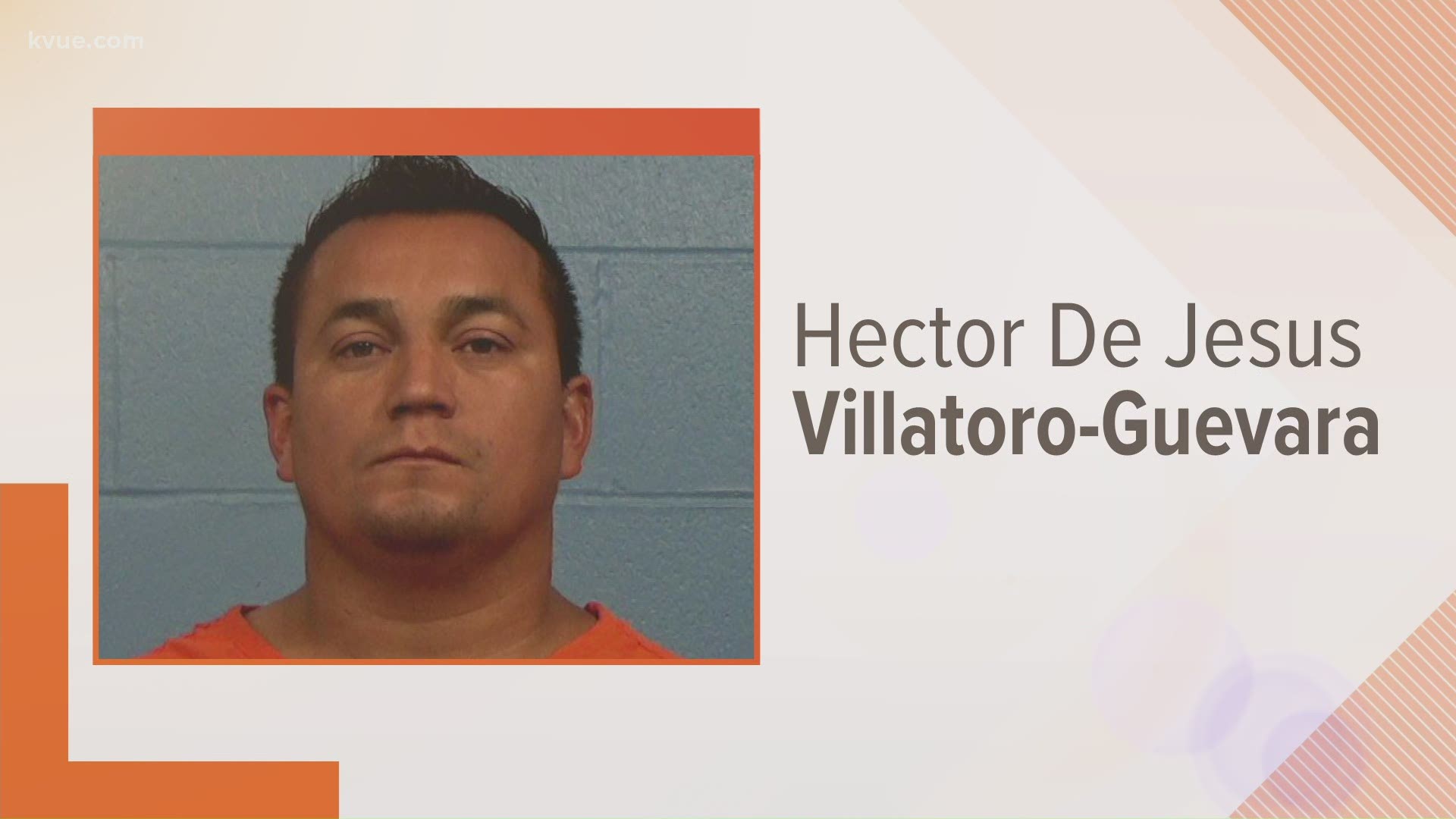 CEDAR PARK, Texas — A man is accused of shooting and killing an acquaintance while he was unloading groceries outside a Cedar Park home, police said.

The incident happened near Bois D'Arc Lane and Peach Tree Lane, according to the Cedar Park Police Department.

The deceased was identified Thursday as Cameron Wilcox, 30. Police said he was found in the driveway of the residence with multiple gunshot wounds.

The suspect, identified as Hector De Jesus Villatoro-Guevara, 31, reportedly fled the scene in his vehicle. The Texas DPS later found him driving in Leander and arrested him after pulling him over.

Later in the investigation, police learned the altercation reportedly started at the H-E-B on Whitestone Boulevard. The caller said her ex-boyfriend, the suspect, got into an argument with the victim. Afterward, she and the victim drove back to a residence on Peach Tree Lane and began unloading groceries when Villatoro-Guevara drove up.

The woman said the suspect then exited his vehicle and retrieved a handgun. As the suspect and victim approached each other, she said Villatoro-Guevara fired shots into the air and then at the victim, striking him multiple times before fleeing.

Villatoro-Guevara was taken to the Williamson County Jail and charged with first-degree felony murder. The investigation remains active at this time.