The Vaughn Building parking attendant said a man he believes is homeless attacked him Wednesday morning after he asked him to leave the property. 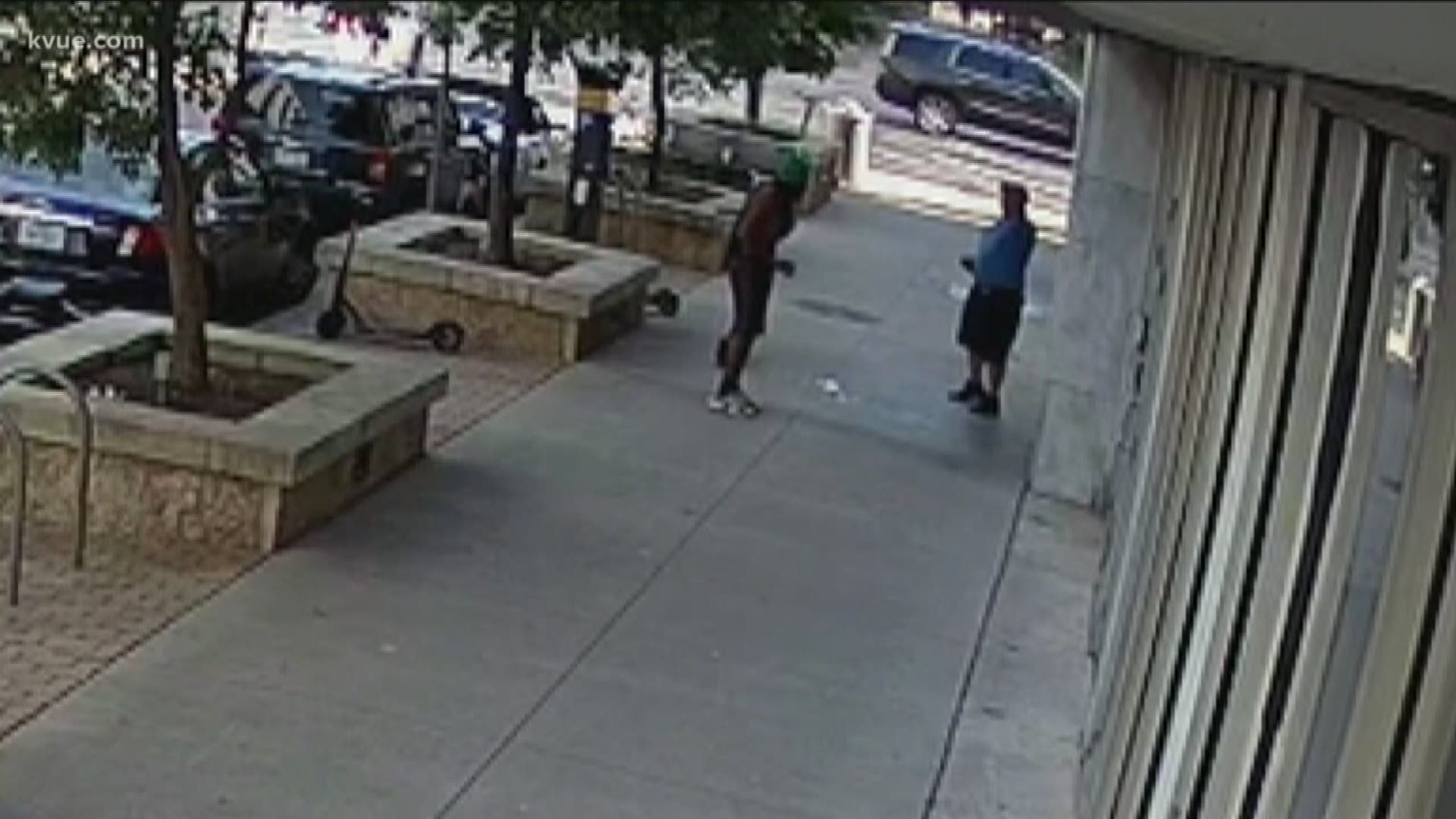 AUSTIN, Texas — Jarod Carter is the parking attendant at the Vaughn Building in Downtown Austin off Brazos Street.

"I just try to keep the parking lots happy, everybody else happy," Carter said.

Carter said he typically takes walks around the building to make sure everything is safe and secure.

"Every day, you gotta come and wake up somebody out here that’s either blocking our doorway, blocking our parking lots, blocking our alleyways," said Carter, saying he calls the Austin Police Department every day for help. "It’s never-ending at this point, it seems. For the six years that I’ve been here, it’s been a weekly occurrence that there’s something that goes on here with our transient community, and it is a constant problem."

Carter said the problem has gotten worse since the Austin City Council changed the homeless ordinances.

Carter said he asked a man to leave the property on Wednesday morning around 10 a.m.

Carter believes this man is homeless and said he has dealt with him before.

"He goes to light up what looks like a joint, and I say, 'Hey dude, you cannot smoke that here, you need to move along,'" Carter said. "And he said, ‘I’m not going anywhere, this is where I’m at.'"

Carter said the man threw a cup of water on him. Carter then called the police.

Carter said the man began to walk away before turning around and heading back in his direction.

"At that point, he runs straight at me. I had my phone in my hand, I had to switch hands with my phone and I have to handle my business, you know, and defend myself. I wasn’t going to stop until he was subdued," Carter said.

In the video, Carter said you can see the man start to punch him before he punches back.

He said the man walked away before police arrived. Carter said he pointed the man out to police. He said they cuffed him, but then police let him go.

"This is not ok. If me or you or another individual would be doing this same thing, we’d probably be in handcuffs, going to jail, waiting on a bail hearing," Carter said. "So at this point now, APD needs to do their job. The City of Austin needs to address that we have a growing homeless problem that is an aggressive homeless problem, and it is constantly getting worse as we speak."

KVUE reached out to APD to ask them about the incident. Police issued this statement:

When the officer arrived, he spoke with the security officer about what happened and the extent of his injuries. The individual returned back to the scene and was detained by APD. Officers spoke to witnesses.

Based off the information gathered, officers determined that there was no further risk of bodily injury. Due to the fact that the assault by contact did not occur in the presence of law enforcement, and that there was no further risk of injury, the officers determined that they did not have the legal authority to make an on-scene arrest. The victim in this incident still has the right to take steps to file criminal charges."