Six women have come forward stating they were sexually harassed by a priest. 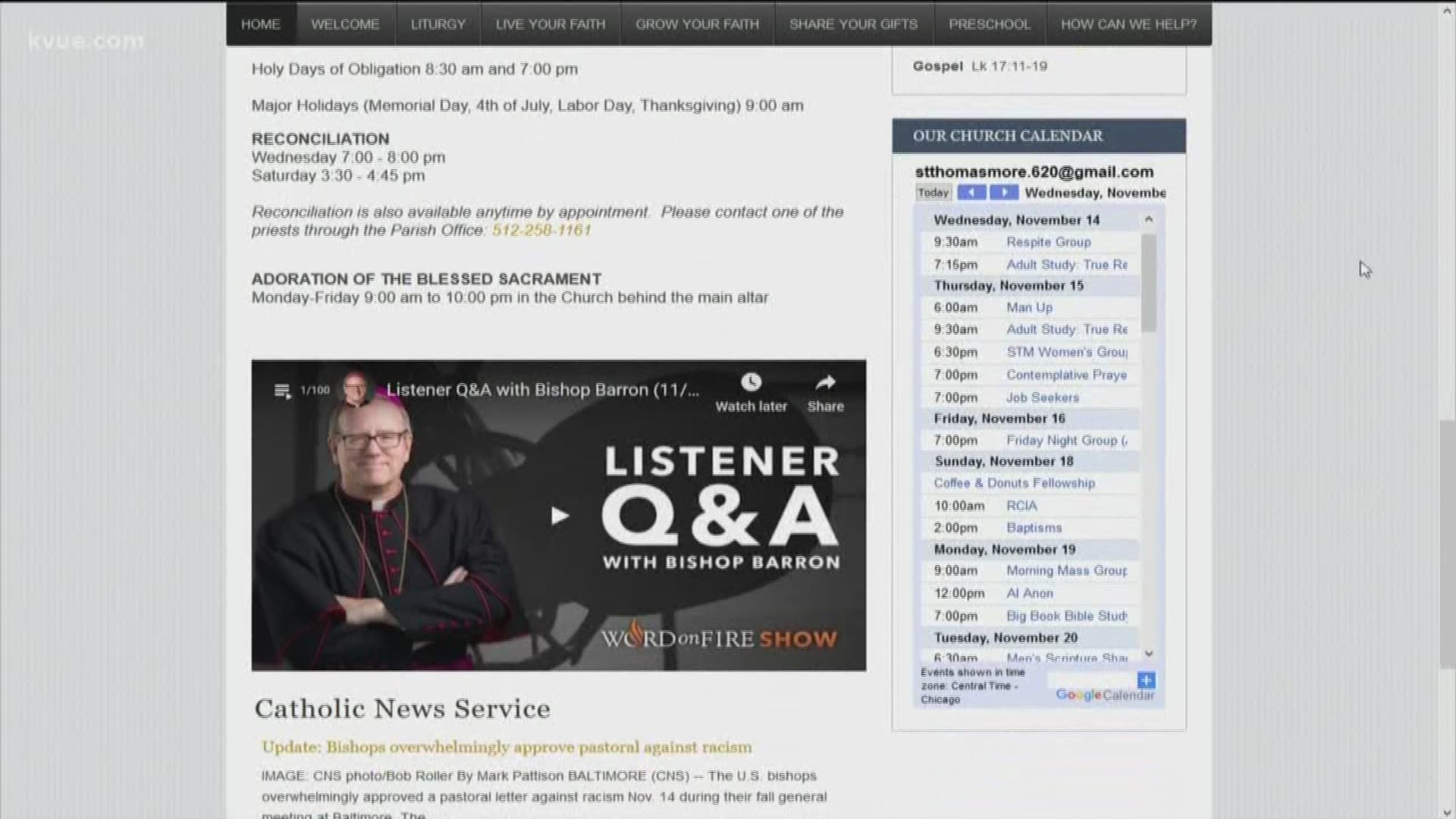 AUSTIN — Two members of the Catholic Diocese of Austin, Bishop Joe Vasquez and Father Isidore Ndagizimana, have been sued by six women who said Ndagizimana harassed them and that the church did not adequately protect them.

According to the lawsuit, Ndagizimana acted inappropriately toward the women in various ways, including unwanted touching and sexual advances. They said they reported what happened to the diocese, who responded that Ndagizimana was sent to four months of therapy in Houston and was healed. The suit states he was then moved to a parish in Brenham, Texas.

The women attended St. Thomas More in Northwest Austin, but the dates of the alleged incidents are not in the lawsuit. The suit states he had been part of the church since 2012.

"Given what they're going through and the inaction by the church we need to do something now,” said Sean Breen, the lawyer representing the six women in the lawsuit filed Wednesday. In the lawsuit the women, all parishioners of the church, claim Father Ndagizimana did most of his abuse in the confessional.

One incident claims Father Ndagizimana rubbed a victim’s upper thigh while she confessed, and that he made her discuss private sexual activity with her husband. That woman was pregnant.

Another incident described in the lawsuit claims Father Ndagizimana isolated a woman in the confessional, stroked and hugged her, then stood in front of her forcing her head into his groin area with both of his hands. He also allegedly made unwanted and uninvited visits to their homes while their husbands were away.

"The abuse can just kept getting kicked down the road for these women and they were put off and put off and they're not willing to be put off anymore,” Breen said. “So these women said enough is enough. We don't want any other women to be part of this cycle of abuse that plays over and over."

The women are seeking $1 million in damages after they claim the abuse was systematically ignored and Father Ndagizimana was allowed to remain priest in the church.

Ndagizimana is now on leave, according to the diocese. He could not be reached for comment.

"This case is another chapter in the sad book of sexual abuse by a predatory Catholic priest and the institutional failures of the Catholic Church by bishops that enabled and protected the predator while failing to protect the victims," the suit states.

The suit also claims the women were told that they should not take legal action against Ndagizimana and that if they trusted the diocese "and had patience, the diocese would provide healing and restitution for the victims."

Father Isidore Ndagizimana became pastor of St. Thomas More Parish in Austin on July 2, 2012. He resigned that position on Oct. 9, 2017, and was placed on leave. He returned from leave and was then assigned to St. Mary Parish in Brenham on July 2, 2018 as an associate pastor (where the priests also serve the churches in Somerville and Old Washington on the Brazos). He was again placed on leave Aug. 21, 2018, and he remains on leave at this time.