The San Marcos Regional Animal Center attempted to save the life of a cat who was shot by an arrow by amputating its leg. 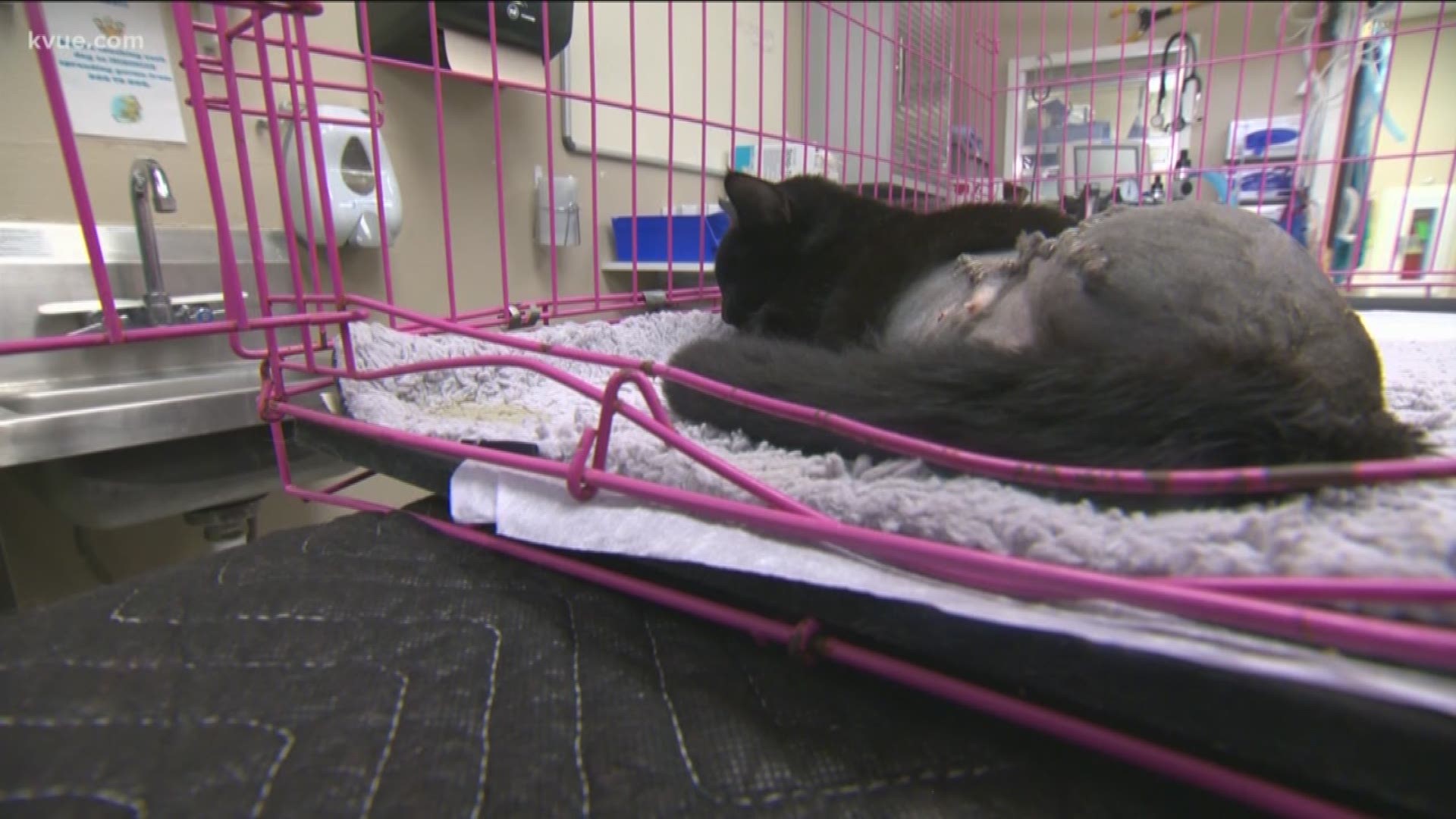 SAN MARCOS, Texas — A cat passed away overnight at the San Marcos Regional Animal Center after someone shot it with an arrow, the shelter said Friday morning.

Quick action from the center prolonged its life, but they posted to Facebook on Oct. 25 that "sweet Astrid (this kitty shot by an arrow) didn't make it through the night," stating that it was likely due to infection entering her body.

"We received a call from one of our animal patrol officers who said they found a stray cat with an arrow that was shot through its left leg," said Brandon Weigand, the shelter supervisor. "From the way that the arrow entered her leg, it looks like the person was standing directly above her when they shot the arrow."

While police don't know who shot the arrow, you can see in the X-Ray that it broke her femur.

Duck shot with arrow at Arboretum, another reportedly beaten to death

"The arrow thankfully did not shatter any vital organs," said Weigand.

But the vet still had to amputate the cat's leg. The vet who performed the surgery was luckily already at the shelter taking care of another cat, Cali, who needed a similar surgery.

"Our veterinary services team provided Astrid with incredible care and comfort, and we owe them a great deal of gratitude for their outstanding work," said the shelter. "Any remaining funds after her surgery bills are paid will be donated to other major medical needs of our pets."

Animal Control will be continuing their investigation with the San Marcos Police Department to potentially file animal cruelty charges.

There are no suspects at this time.