Casata in South Austin is a new style of community that's hoping to bring people together more than the average "garden-style" apartment. 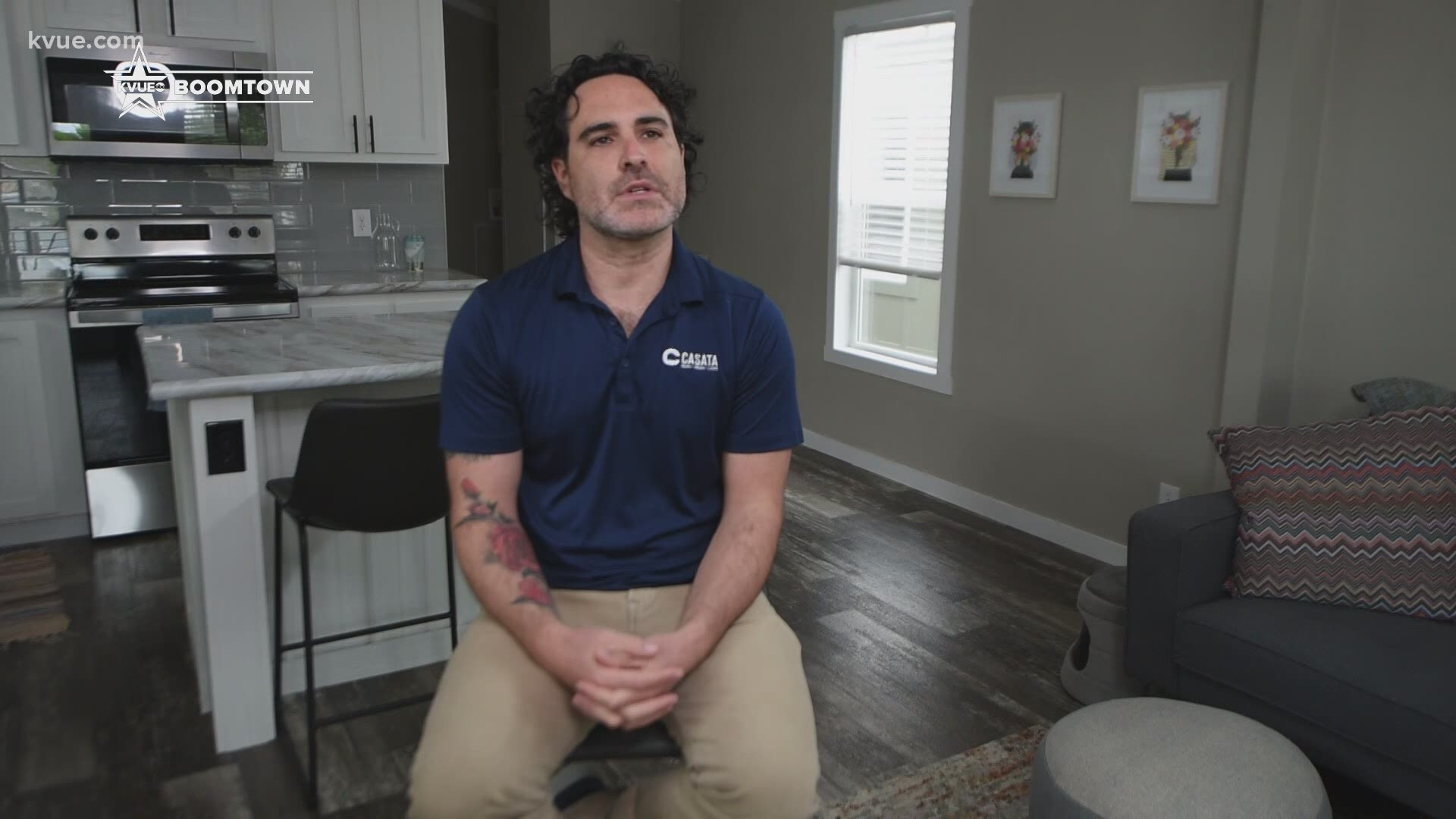 AUSTIN, Texas — Four-hundred square feet of space. It doesn't seem like much does it?

Well, a South Austin community is opening up with micro homes. These homes range from just under 400 square feet to 600 and are a part of Casata Austin. The community is located on Old Machaca Road.

Right now, six homes are built and ready. But, in total, the community will have 66 units. Sixty of those will be for full leases while six will be left for short-term rentals, similar to Airbnb or VRBO.

The CEO of Casata, Aaron Levy, said it's like an apartment that's disconnected from your neighbors. His hope is that it allows people to actually connect more compared to a traditional apartment.

"A lot of those communities of garden-style apartments, even though you're packed in tighter, there's no engagement," he said. "You don't even know any of your neighbors and what we've done is we're trying to design a layout and a style of community that will engage people in a different way."

1 / 22
John Gusky
The Casata community will include more than 60 microhomes in far South Austin.

The community will have someone who helps plan activities for those living there. Also, there will be a separate co-working space for residents.

The leasing period opens up Thursday. The current waitlist is more than 50 people. Levy said it was more interest than he expected but he's not surprised it's doing well here in Austin.