Carolee Taylor was shot multiple times, allegedly by her estranged ex, who showed up uninvited. 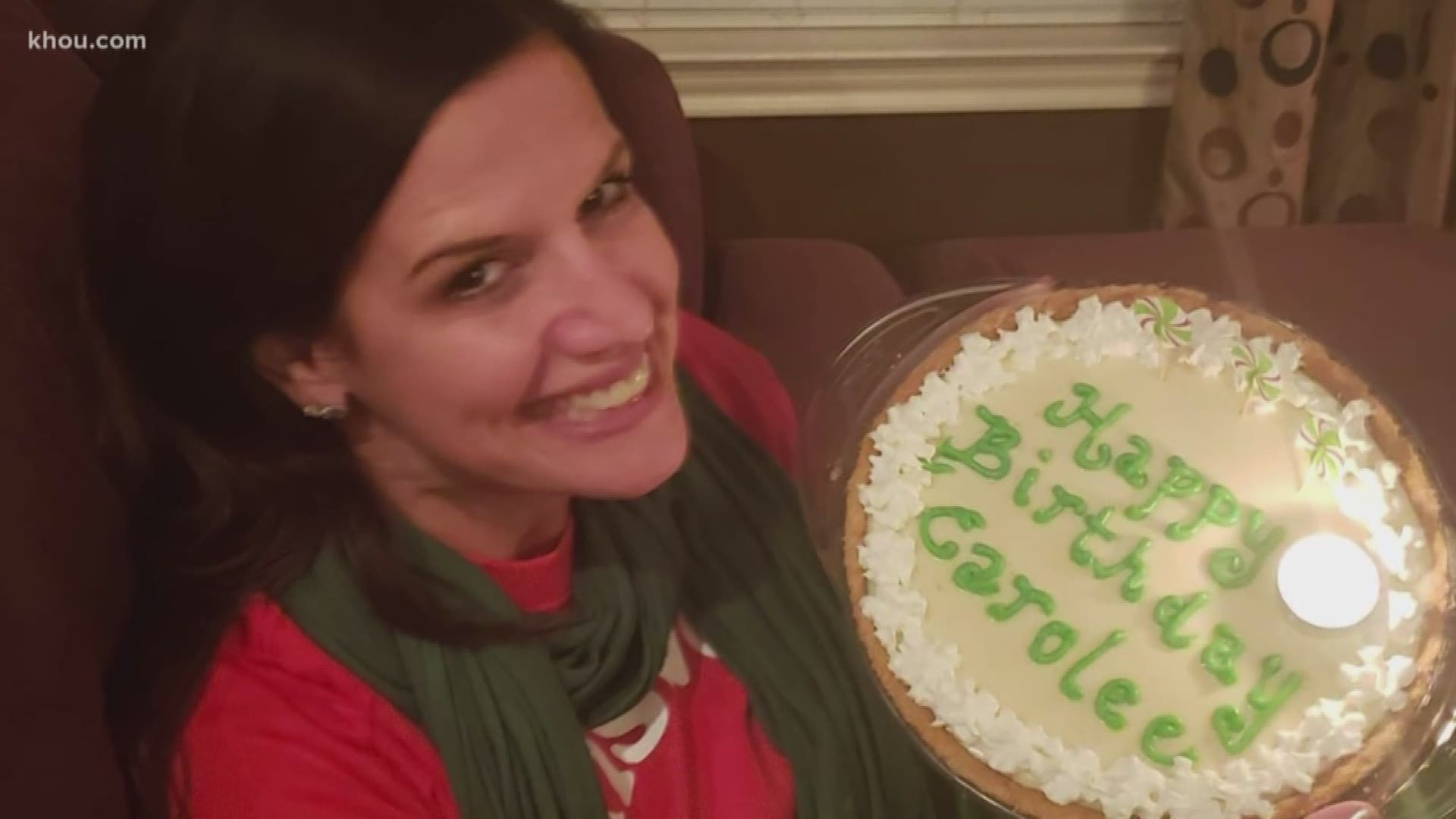 HOUSTON — A woman gunned down on Christmas Eve is being remembered as the life of the party who "loved her daughter, her dogs and the Astros."

Carolee Taylor, 46, was shot and killed in the doorway of a house in the 16500 block of Obsidian Drive where family and friends had gathered to celebrate her birthday.

"She always had a smile on her face, was very gracious and always positive," said a friend and former co-worker.

Harris County Sheriff's deputies are searching for Taylor's ex-boyfriend,  Albert Benjamin Simon, 52. They say he showed up at the party, uninvited, forced his way inside, grabbed Taylor and shot her at least four times.

Several family members were at the party when Taylor was killed.

“I don’t think that’s going to be something they’ll ever be able to overcome," said Bridget Moore, a close friend. "I can’t even imagine being there, at all.”

Moore says she met Taylor, an avid Astros and Longhorns fan, more than a decade ago and the pair spoke daily for years.

She had a conversation with Taylor’s mother this morning and spoke to us on the family's behalf.

Moore said she doesn't believe Moore and Simon had been dating for long and wasn't aware of any red flags.

But court records show Simon was charged with stalking another woman 25 years ago.

Simon was last seen in a black Jeep SUV. If you know where he may be, call Crime Stoppers at 713-222-TIPS (8477). You can remain anonymous and be eligible for a reward.

Loved ones will come together to remember Taylor at a vigil on Friday.

It will be held from 6 p.m. to 8 p.m. at Cleveland Park in the  200 block of Jackson Street in Houston. The public is invited.

People are being asked to wear Astros gear to the vigil.

RELATED: Have you seen him? Man accused of killing ex-girlfriend at her birthday party on Christmas Eve