CapMetro tested out electric buses in 2018. 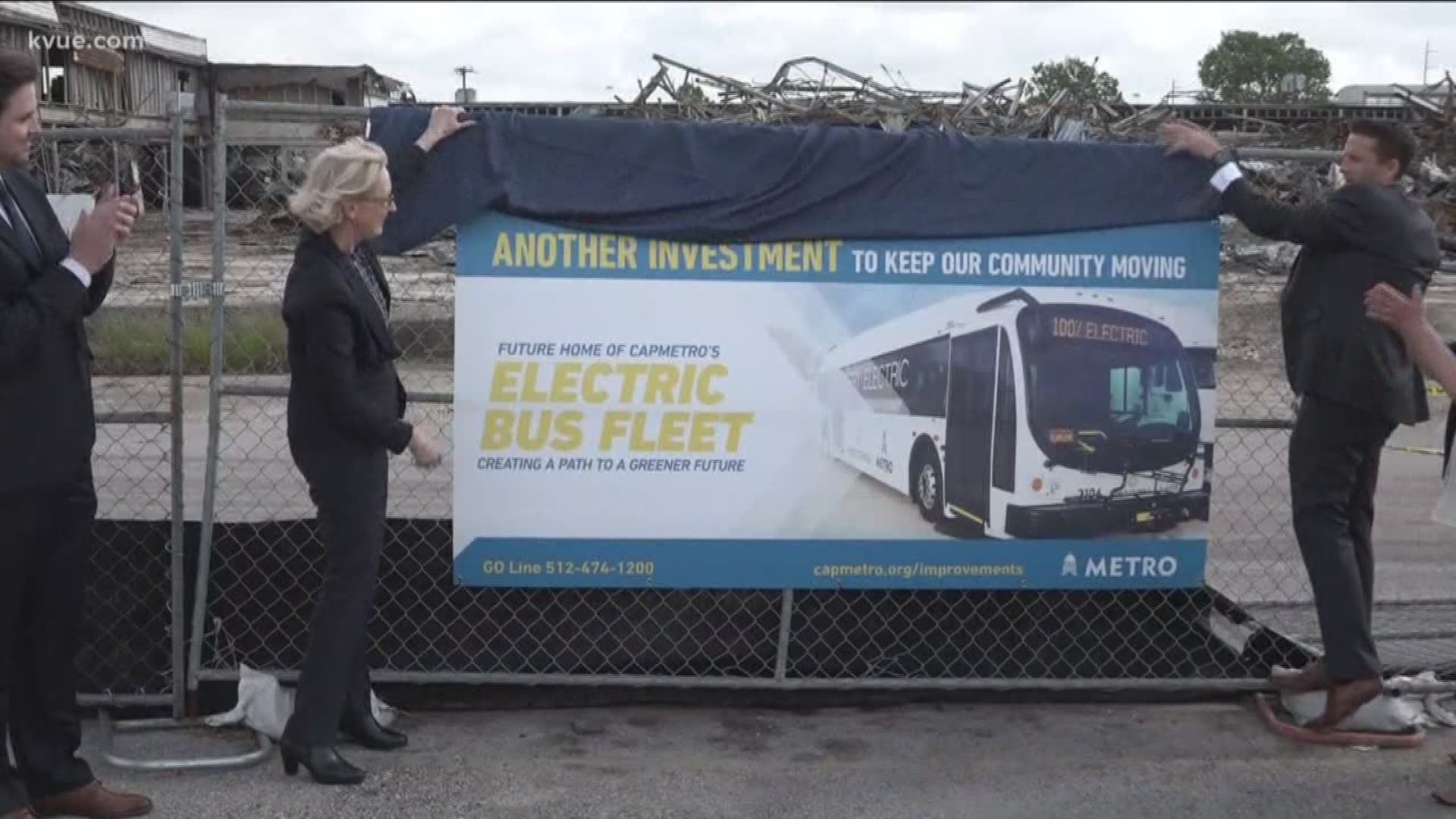 Monday, April 22 is Earth Day and CapMetro announced its plan for an all-electric bus fleet in Austin. The company said it will be tearing down the old Serta building to make room for several electric buses.

CapMetro President and CEO Randy Clarke said during a press conference Monday that when construction is done, the new facility will be able to house more than 200 electric vehicles.

Leaders said bringing electrical buses to the city is a big step in the right direction when it comes to helping our environment.

"It deals with environmental justice," said Clarke. "It's so we can have better air quality in their neighborhoods and it's about overall climate change holistically as well."

Another perk about electric buses is that they are quieter than regular buses.

"These buses are not just the buses themselves. They help our entire community with noise. These are incredibly quiet vehicles," said Clarke.

Cap Metro testing electric buses through September, and you can ride for free

CapMetro tested out electric buses in 2018 and they’re expected to bring two to Austin by the end of 2019.

After testing out several bus companies, CapMetro selected Proterra. Each electric bus has an estimated range of 100 to 150 miles between charges and will be recharged each night.

"Each one is different, depending on the size and the manufacturer. But, this vehicle could take $800,000 versus a diesel that runs an average of $500,000," said Clarke.

CapMetro leaders are expected to vote Monday evening to approve the purchase of several new electric vehicles for the city. For more information about CapMetro improvements, click here.

1 / 5
CapMetro
On Earth Day 2019, CapMetro unveiled plans to introduce a fleet of electric buses in Austin.